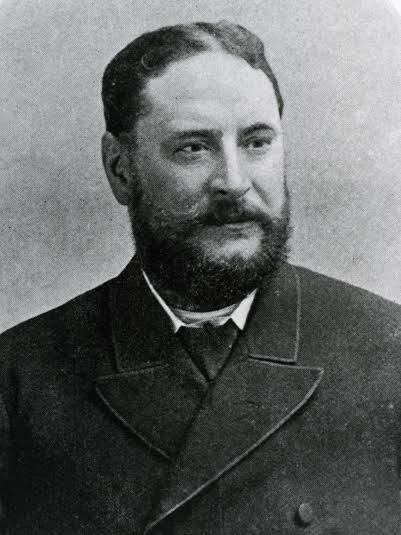 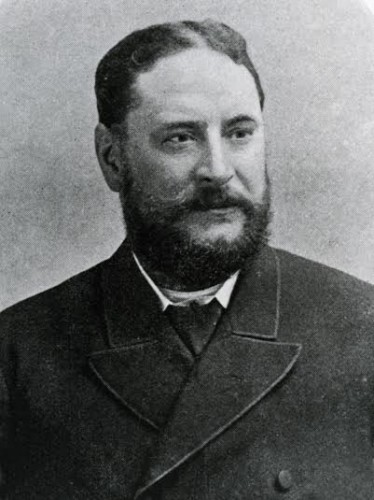 On the evening of 6 December 1886, Arthur Foster left the Queen’s Theatre, Manchester, with a pocket full of gold and a bejewelled lady on his arm. He hailed a hansom cab and as the couple settled into the carriage, a shadowy figure slipped in beside them. The yellow light of a gas lamp revealed him as an older man, dark-haired, with a full beard and moustache. Foster, AKA the Birmingham Forger, recognised the stranger immediately: the intruder sitting in his cab was Detective Chief Inspector Jerome Caminada, who had once again caught his man.

The year before the début appearance of Sherlock Holmes in A Study in Scarlet, Detective Caminada was at the top of his game. He had been policing the crime-infested streets of Manchester for more than two decades, and had proved himself to be one of the city’s finest detectives. Like his fictional counterpart, his exceptional sleuthing skills were rooted in his past.

Jerome Caminada was born on 15 March 1844 in Deansgate, in the centre of Manchester. His father was an Italian cabinetmaker and his mother had Irish heritage. Jerome’s impoverished childhood was marked by the untimely death of his father, and the loss of four of his siblings, possibly all due to the effects of congenital syphilis. Despite the trials of his early life, at the age of 23, Jerome made the momentous decision to join the Manchester City Police Force as a constable. His firsthand knowledge of the shady characters that lurked in his seedy neighbourhood would become his most effective weapon.

Detective Caminada’s first cases included quack doctors, racecourse pickpockets, bogus heir hunters and even the participants of a cross-dressing ball. During his early investigations he developed the groundbreaking techniques that would link him, in the minds of the contemporary public, with the newly penned stories of Sir Arthur Conan Doyle. Like Sherlock, Caminada was a master of disguise and often operated undercover, usually dressed as a labourer or factory worker. On one occasion his disguise was so convincing that his own chief constable failed to recognise him. The real-life detective used his encyclopedic knowledge of the criminal fraternity to arrest thieves, thugs and con artists. By night, like the iconic consulting detective, he wandered the dark alleyways and closed courts of the city, gathering intelligence. He even had his own ‘Baker Street Irregulars’, with whom he exchanged information on the back pew of the church where he worshipped. 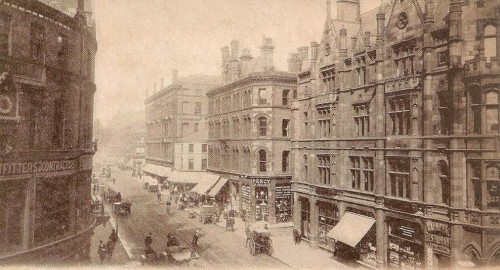 Deansgate, Manchester. Detective Caminada used his first hand knowledge of the slums to fight crime in his neighbourhood.

In 1887, Detective Caminada faced his own ‘Professor Moriarty’ in a deadly confrontation. His arch- rival, Bob Horridge, was a violent burglar, who committed daring robberies and would stop at nothing to preserve his freedom.

When Caminada arrested the thief for the first time, Horridge vowed that he would kill him. Their rivalry lasted 20 years, until Horridge shot two policemen and the detective vowed to end his reign of terror for good, which led to the life-threatening encounter between the adversaries, who were both armed. With Horridge firmly behind bars, Detective Caminada went on to face his most baffling case yet: ‘The Manchester Cab Mystery’, which would require all the brilliant powers of deduction of Sherlock Holmes to solve it.

On 26 February 1889, paper manufacturer John Fletcher hailed a cab from the steps of Manchester Cathedral, in the company of a young man. Later that evening, the businessman was found dead in the hansom and his companion had disappeared. This mysterious death was placed in the capable hands of Detective Caminada, who deduced that Fletcher had been poisoned by chloral hydrate, often used in illegal prizefights. He tracked down the culprit and brought him to justice, all within the record time of three weeks. This sensational case bore all the hallmarks of Sir Arthur Conan Doyle and catapulted Jerome Caminada into national fame, earning him his reputation as ‘Manchester’s Sherlock Holmes’. 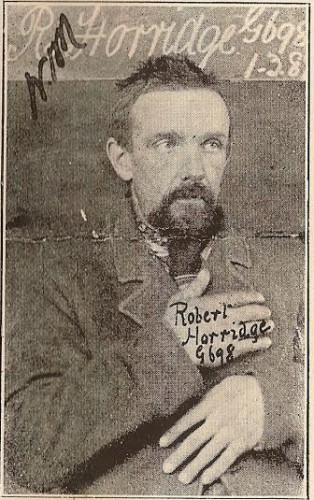 Bob Horridge. A violent burglar, he was Caminada’s ‘Professor Moriarty’.

Detective Caminada fought crime tirelessly for another decade, rising rapidly through the ranks to the lofty position of superintendent. Many of his cases bore an uncanny resemblance to the increasingly popular Sherlock stories: he undertook covert missions for the government to track Fenian spies, infiltrated a military plot to sell intelligence to foreign powers, and was even captivated by a real-life Irene Adler. After his retirement in 1899, their two worlds merged even
closer when Caminada became a private inquiry agent.

Jerome Caminada died on 10 March 1914 and a century later, he is still considered to be one of the greatest detectives in the history of Manchester. A true Victorian super-sleuth and a real-life Sherlock Holmes, he could easily have been inspiration for Sir Arthur Conan Doyle. 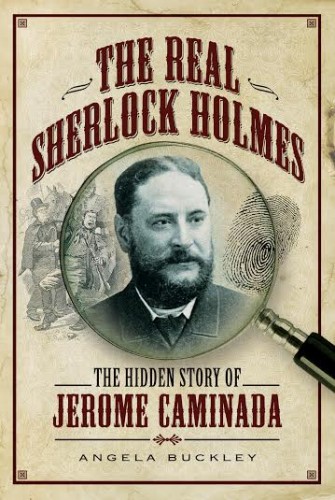 You can read more about the adventures of Detective Caminada in The Real Sherlock Holmes: The Hidden Story of Jerome Caminada 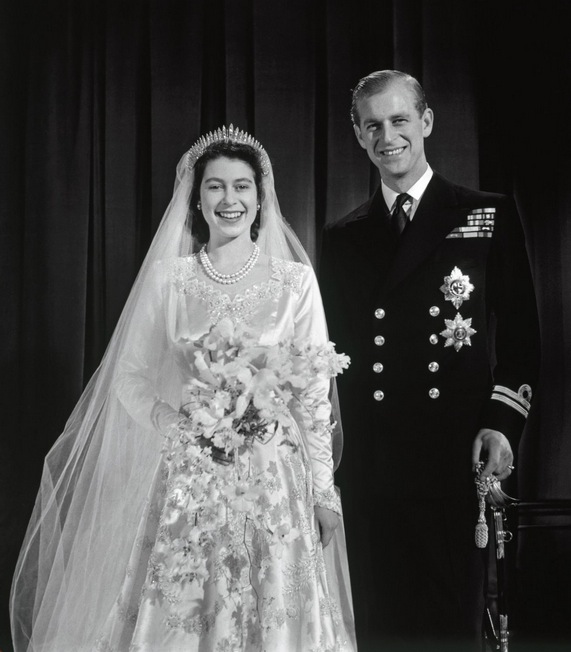 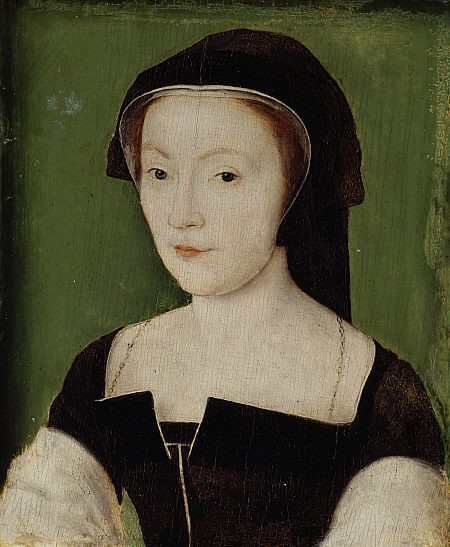