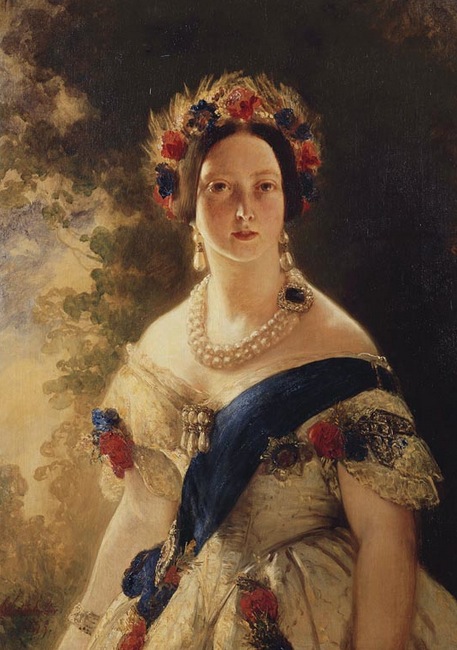 Queen Victoria – Portraits of the Week 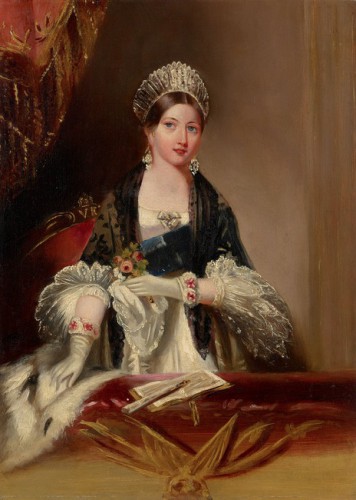 Queen Victoria died on this day in 1901 at the age of eighty one after reigning for almost sixty four years. I’ve been reading a lot about Victoria lately, mostly from the perspective of her children and household, which wasn’t generally complimentary.

When I was a very little girl, I remember being somewhat bewitched by the romantic image of Victoria as she was depicted by Winterhalter – all swirling silk and tulle skirts, floral garlands and coy smiles and it was immense disappointment to me when I found out that the real Victoria was far from being the delightful fairy tale queen of my childish imaginings. In fact, she was actually pretty awful, while her marriage to Prince Albert wasn’t exactly the great romance of popular imagining either. 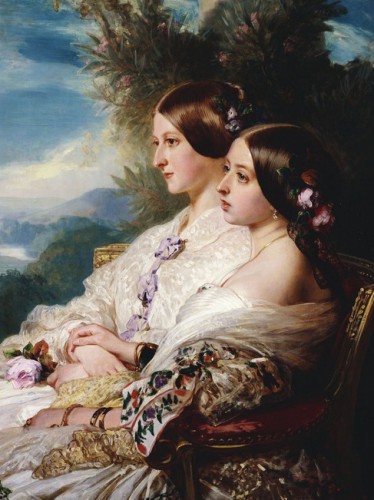 It wasn’t all bad though – difficult, selfish and downright peculiar though Victoria may have been, there’s plenty to admire about her as well, from her refreshing lack of racism (unusual for her class and era) to her sense of humour, her (possibly too intense) loyalty and those strongly held moral values that formed the lynchpin of what we now know as the Victorian age.

Plus the portraits that I loved so much as a little girl are still pretty fabulous so here’s a selection of some of the less well known ones from the Royal Collection. 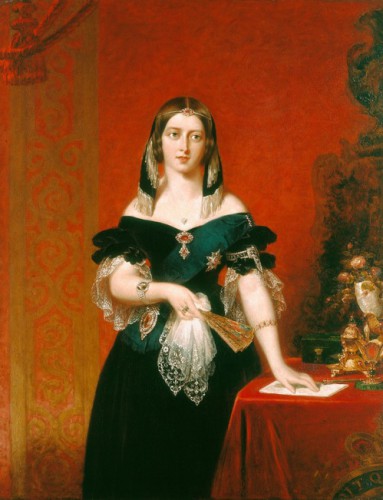 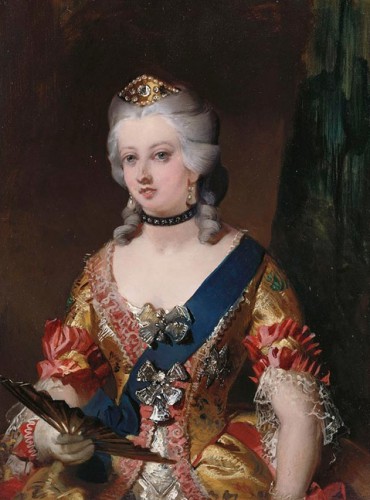 Queen Victoria in Fancy Dress, Landseer, 1845. Photo: Royal Collection © Her Majesty Queen Elizabeth II. (This was her costume at a masked ball in Buckingham Palace in June 1845.) 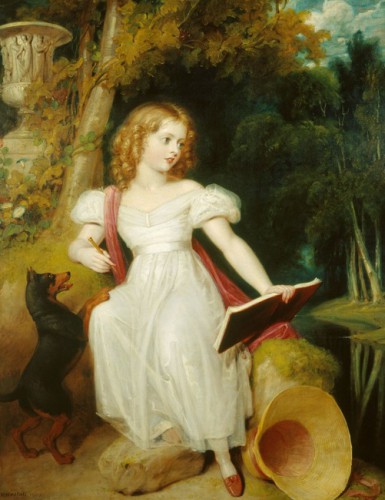 Queen Victoria when a Girl, Westall, 1830. Photo: Royal Collection © Her Majesty Queen Elizabeth II. (I love this portraits – which was painted by Victoria’s drawing master.) 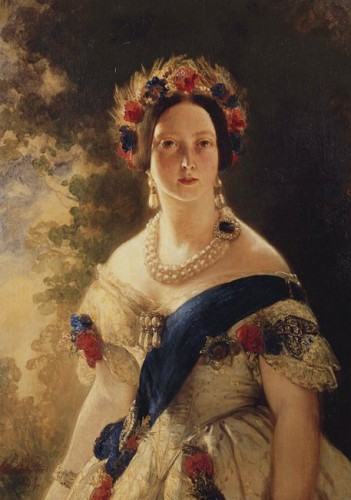 Queen Victoria, Winterhalter, 1845. Photo: Royal Collection © Her Majesty Queen Elizabeth II. (This is a superb portrait – really dreamy and with almost Impressionistic light effects, which were apparently something of an experiment on the part of the artist.) 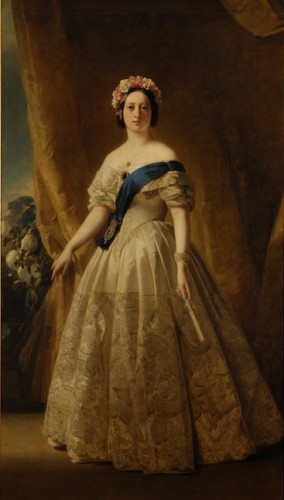 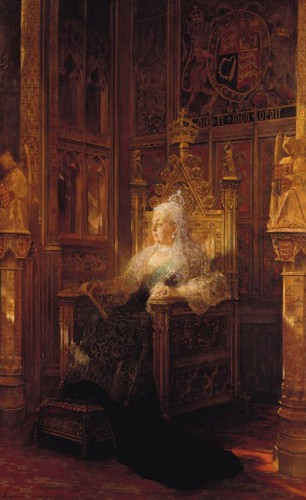 ‘This portrait was commissioned by the proprietor of the Illustrated London News. According to a contemporary, Sir Frederick Ponsonby, the Queen only agreed to give a sitting (which was not to last more than 20 minutes) under pressure from the Prince of Wales. To her surprise, the artist ‘never painted at all, but sat with his face between his hands gazing at her during the whole sitting in a most embarrassing way. Of course Benjamin-Constant realized that twenty minutes was ridiculously inadequate for the purpose: he had therefore tried to stamp an impression of her on his brain.’

The portrait was purchased from Sir William Ingram in 1901 and exhibited at the Royal Academy in 1902, after Queen Victoria’s death. King Edward VII did not like the colour of the Garter ribbon in the portrait and sent the artist ‘a whole Garter riband’ so that he could amend it. Constant misunderstood and thought the Order had been conferred on him. When he realized his mistake he ‘absolutely refused to alter the picture’.’ — Royal Collection. 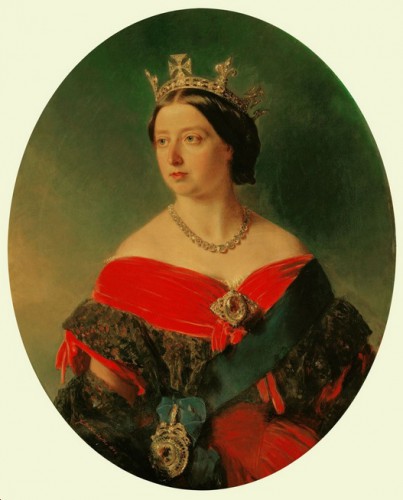 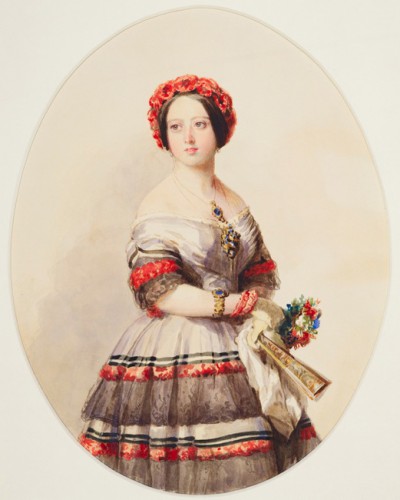 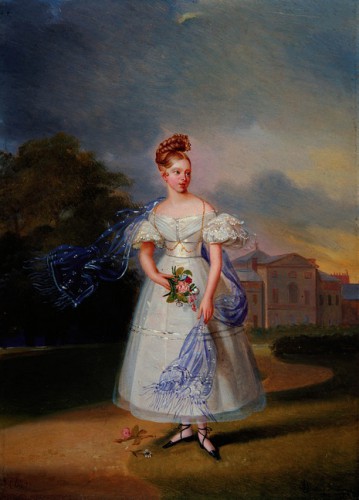 It was SO hard to pick just a few of the fabulous portraits they have in the Queen’s collection and even harder to pick a favourite but I think that it’s between the one at the very top (although, woah, easy with the jewellery there, Victoria!) and the really pretty Winterhalter watercolour from 1846 with all the red accents. So lovely. 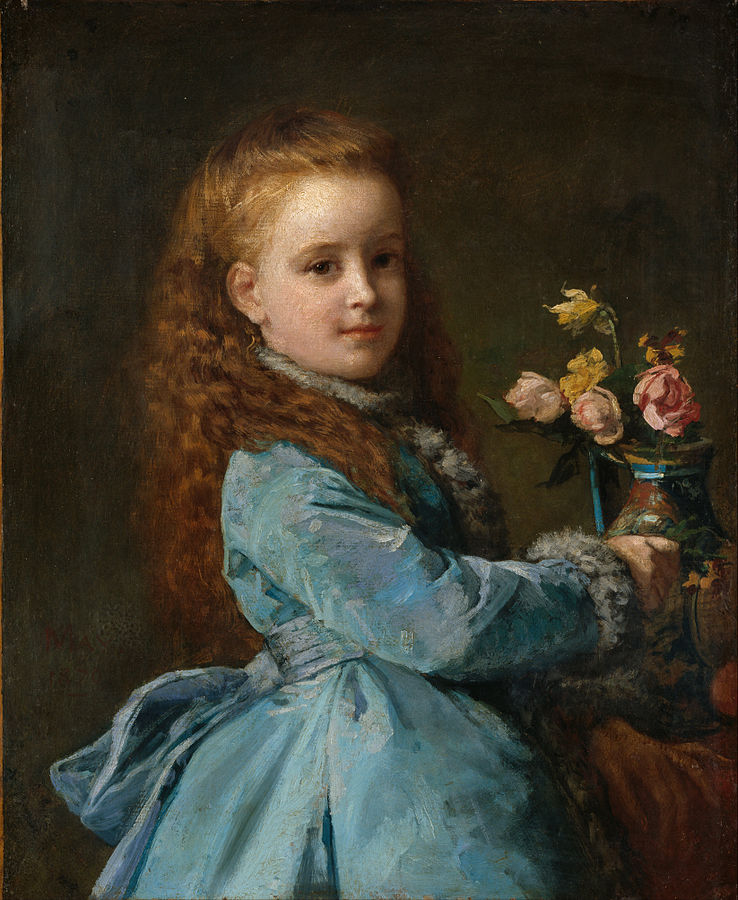