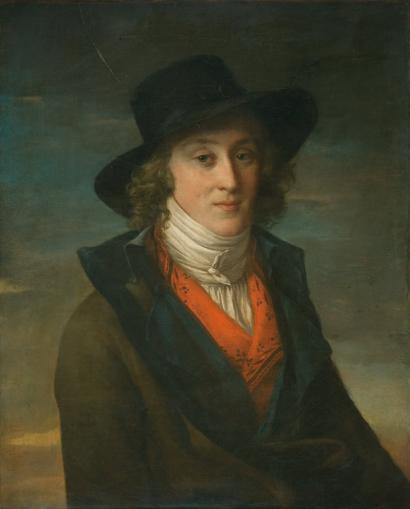 This week’s portrait of the week is this wonderful portrait of the noted Jacobin Louis Antoine de Saint Just who was guillotined on this day in 1794. I carried a little copy of this picture (snipped from the cover of my beloved Chronicles of the French Revolution) around in my purse for many many years as a teenager and actually became quite distraught when I lost it in a museum in Cologne during a school trip. I was a worrying girl.

‘The ship of Revolution can reach safe haven only from a sea reddened by torrents of blood.’ — Louis Antoine de Saint Just.

I know that, despite the name, there is a definite royalist bent to this blog so it may surprise some of you to learn that my all time number one historical crush is none other than that most fearsome of French Revolutionaries – Louis Antoine Léon de Saint Just, who was guillotined along with Robespierre and a bunch of their cronies on this day in 1794.

My crush on Saint Just began in the library of Sheldon School in Chippenham when I was just thirteen years old and looking up personages mentioned in Baroness Orczy’s The Scarlet Pimpernel, the opulent film version of which starring Jane Seymour and Anthony Andrews had long been one of my favourite Sunday afternoon secret pleasures. Like me, the Baroness was seduced by Saint Just’s charming good looks as glimpsed in a portrait and so had blithely written him into her books as Armand Saint Just, the dapper and rather loveable brother of the heroine Marguerite – only to discover much later on that in fact the good looks were something of a red herring. I was also intrigued by the reference to Saint Just in one of my then favourite books, Thackeray’s Vanity Fair, where he is referred to as something of an old flame of the Francophile Miss Crawley:

‘She was the most hospitable and jovial of old vestals, and had been a beauty in her day, she said. (All old women were beauties once, we very well know.) She was a bel esprit, and a dreadful Radical for those days. She had been in France (where St. Just, they say, inspired her with an unfortunate passion), and loved, ever after, French novels, French cookery, and French wines.‘ 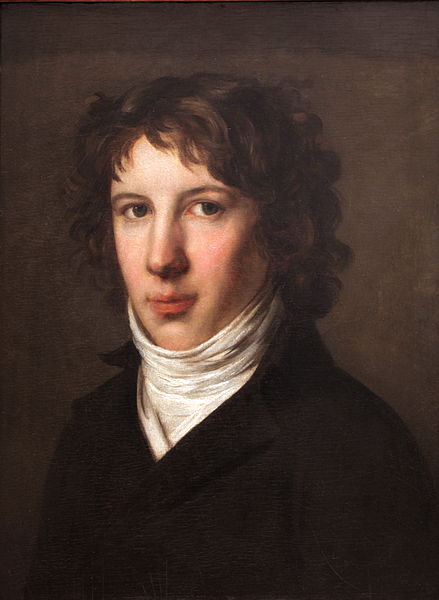 Yes, I too was inflamed with an unfortunate passion as soon as I saw his portraits by David and Prud’hon, read about his life as first an adolescent rebel and then a cold hearted politician and soldier and devoured his own writings with their trademark laconic dispassion and violent imagery. How I sighed over the memoirs of Élisabeth Lebas, in which she wrote about the occasion she shared a carriage with him and he read poetry and sang Italian songs or the ill fated passion he had for her sister in law, Henriette to whom he was briefly engaged.

When I was young and sentimental, I thought that Saint Just was some sort of misunderstood romantic hero, a man of conflicting passion and duty, a soldier’s son who led the Revolutionary cavalry into battle at Fleurus with his famous top hat balanced on top of his unsheathed sword, a starred eyed young man destined to be executed at the age of just twenty seven for his high minded principles and ideals. Nowadays, I’m rather more jaded and see him perhaps for what he really was – a wayward boy, a failed poet, a loser in love and a politician with impossibly idealistic principles, intense loyalty to those who inspired him and an almost chillingly inhumane attitude to other people. A winsomely handsome face, yes but not really someone that you’d actually want to leap into bed with. 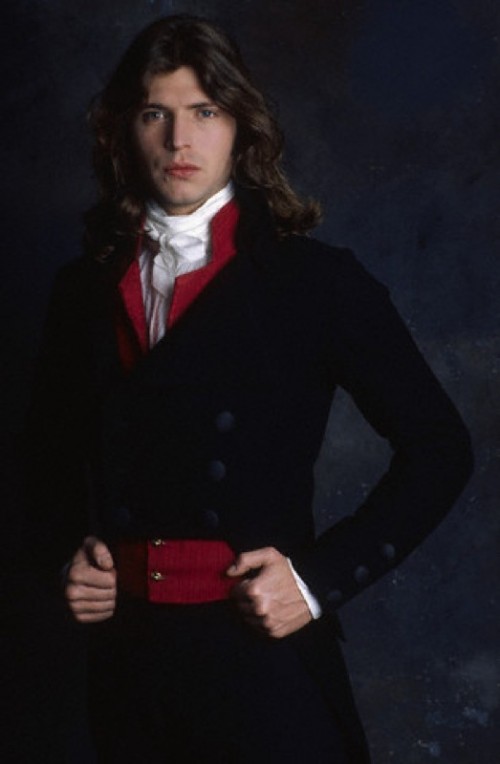 ‘The only way to establish a Republic is to utterly destroy all opposition‘ – Louis Antoine de Saint Just.

I still love him though and I think a little bit of my heart will always beat faster for this most peculiar and enigmatic of revolutionaries. In fact I have for many years intended to write a novel about him but I’m not sure I’m quite ready for such an undertaking. It’ll happen one day though, I’m sure but in the meantime I will continue collecting books about him for ‘research’ purposes and paying my regular pilgrimage to the site of his home on the Rue Gaillon in Paris.

‘The World’s amazement at this youth will not fade; never will it manage to decide between a verdict between cautious admiration for his greatness and horror of his cruelty. Saint-Just was not of the common world, but none can assert whether he had ascended from the regions of Death as a warning to the frailty of mortal pleasures and ambitions, or whether he was a messenger from that kingdom of Light where bodies are incorporeal, tears unknown and the Book of Wisdom is forever open in the brilliance of infinite day.

His beauty was unearthly: the eyes, large and profoundly blue reflecting the firmament of a mysterious universe. The fair, curled hair dropped over his crested forehead, almost to his brows, whose delicate arches continued the curve of his nose. The mouth was well cut, of an almost unnatural purity, as though from an artist’s blade. From where the almost toxic charm of these features? Perhaps from an ability to evoke both gentleness and ice cold terror. Should one feel tempted to touch those golden tresses so thick on the boyish head, one also sought flight to the furthest horizons to escape the enigmatic ruthlessness of his expression, Had mother’s lips ever met those perfect ones? How did that face appear, in sleep: cheeks flushed, mouth open? Did he indeed ever sleep? Was he alive, was he dead? His carriage veered on rigidity: with measured tread he mounted the tribune in the Convention, hands folded behind him, without a single movement. His chin lay motionless on his huge stock, always meticulously starched. Golden earrings alone moved, gently swinging about his high collar.’ — Robespierre, Friedrich Sieburg, 1936.

Portrait of the Week - Daisy, Countess of Warwick