Portrait of the Week – Daisy, Countess of Warwick 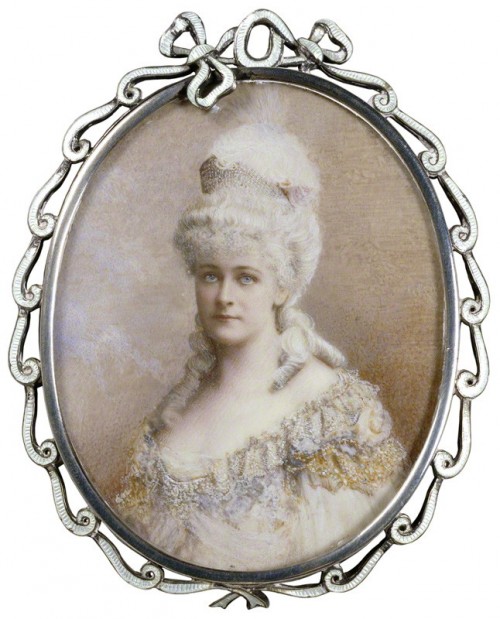 This week’s portrait of the week could easily be that of a lady at the court of Louis XVI and Marie Antoinette but is in fact a watercolour on ivory of one of the most infamous and celebrated aristocratic ladies of the late nineteenth century, the Countess of Warwick, who is depicted in the fabulous costume she wore to the Duchess of Devonshire’s famous ball in July 1897. 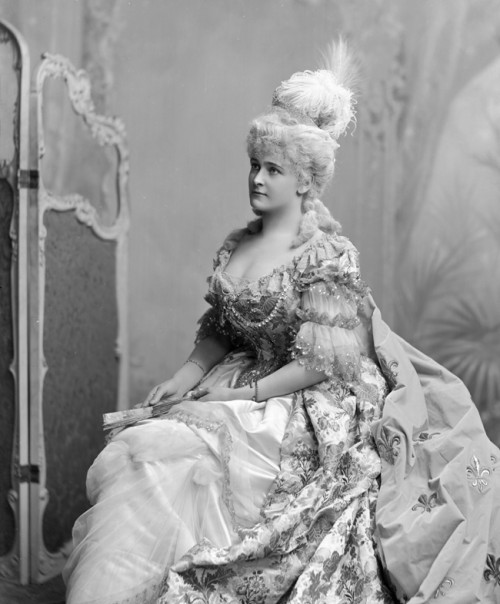 The Countess’ dress, which (of course) was designed by Worth of Paris, was breathlessly described by The Times after the event as having a ‘bodice and paniers of pink and gold flowered brocade and gold lace studded with silver sequins and diamonds, the square-cut neck trimmed with old lace, and chiffon sleeves divided into small puffs with gold lace sparkling with jewels; diamond rivieres were festooned across the front of the bodice. The petticoat was of white satin draped with chiffon scarves edged with gold and sequin lace. The regal train of turquoise velvet was lined with the same and embroidered all over at equal distances with raised gold fleur-de-lis, and fastened on each of the shoulders with gold cord.‘ 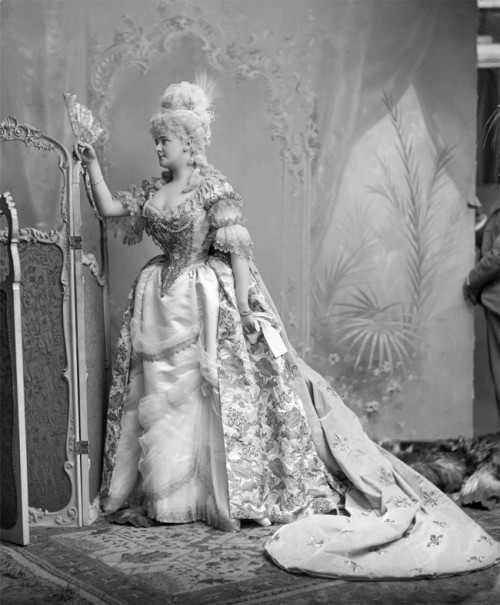 When I was a little girl, my grandparents took me to Warwick Castle during the summer holidays to see the then recently installed Madame Tussaud installation depicting one of the numerous house parties thrown at the castle by Daisy, Countess of Warwick to entertain her lover, the Prince of Wales. I was absolutely enraptured by the figures and in particular their graceful late Victorian dresses with those waspishly thin waists, frothy tumbling lace skirts and pastel bows at the rump and bosom. It just seemed so supremely elegant and romantic. 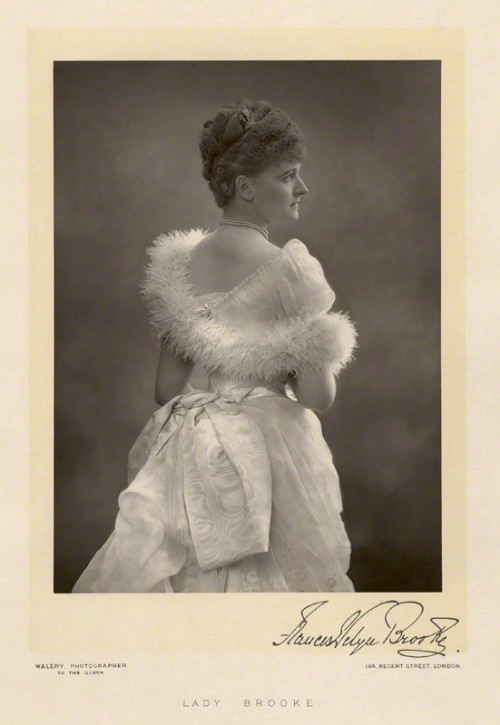 I’ve been fascinated by the socialites of that period ever since – mainly in the fabulously wealthy and extremely dashing American ‘buccaneers’ like Winston Churchill’s mother, the frankly gorgeous Jennie Jerome but also their British counterparts like the Countess of Warwick, who was born Frances Evelyn Greville in December 1861 and died on this day, 26th July in 1938. It’s not just the fabulous clothes, scandalous bed hopping that interests me but also the sheer enjoyment of life that bubbles throughout their memoirs, letters and journals as well as the sense that they epitomise the final glittering, decadent hurrah of what was essentially a rapidly declining way of life. 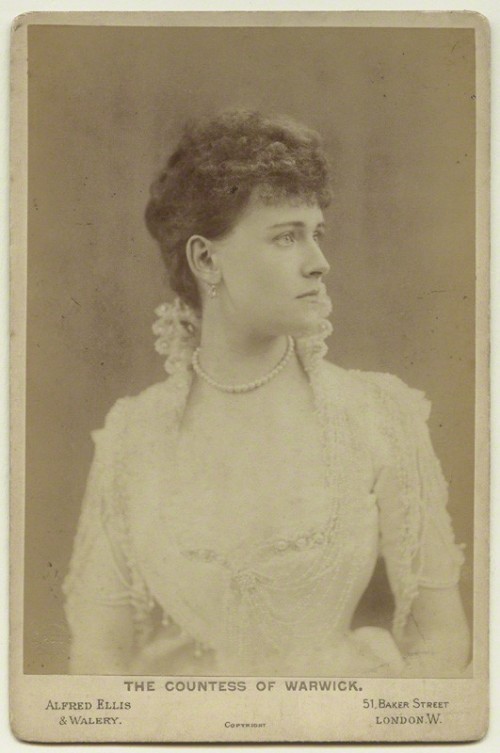 Popularly known as ‘Daisy’, Frances Greville was perhaps the ultimate It Girl of English high society towards the end of the nineteenth century – beautiful, elegant, witty and disgusting wealthy, so much so in fact that she was favoured by Queen Victoria herself as a prospective bride for her son, Prince Leopold. No doubt repelled by the stuffiness of court life, Daisy instead chose to marry Francis Greville, Lord Brooke, the heir of Earl of Warwick and set about establishing herself as one of the most influential and popular aristocratic hostesses of the time, throwing opulent parties both in London and at Warwick Castle and never being seen as anything less than beautifully dressed. She also embarked on a series of not particularly discreet affairs with influential and powerful men – earning herself the nickname ‘Babbling Brooke’ (a reference to her title of Lady Brooke which she held until her husband inherited the title Earl of Warwick) in the process thanks to her inability to keep schtum about whom she was sleeping with at the time. 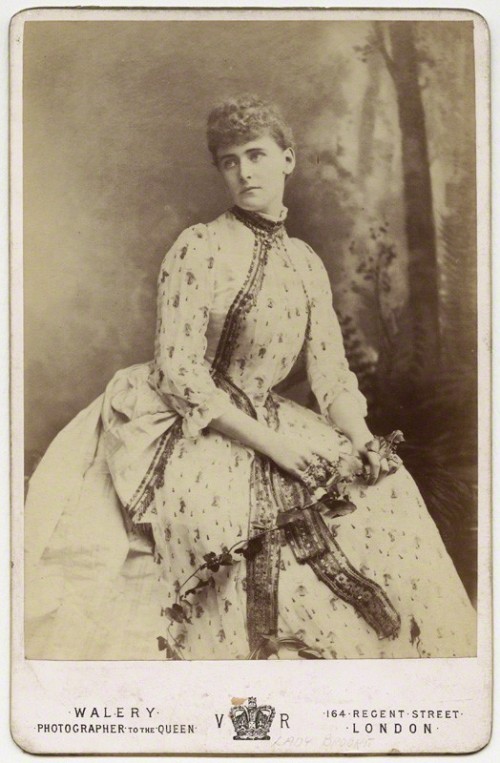 Portrait of the Week - Saint Just