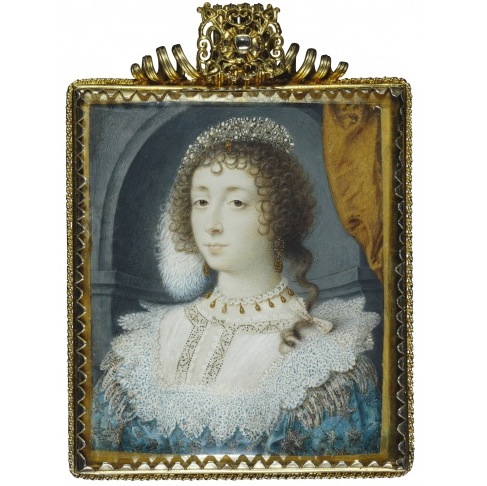 Miniature portrait of Henrietta Maria in her costume for Tempes Restored which was performed at the Banqueting House in February 1632, Hoskins, 1632. Photo: Royal Collection.

The last time I visited Inigo Jones’ masterpiece, the Banqueting House in London, I bemoaned the sense of emptiness and quiet that pervaded this still magnificent venue for some of the most decadent, splendid and vainglorious celebrations of the Stuart court. I walked the echoing chamber beneath Rubens’ wonderful ceiling and felt heart sore for those days of long gone glory when the Banqueting House was filled with music, noise and life. It felt wrong to me that a space originally designed for fun and frivolity should now lie empty and be associated in most minds now with the execution of Charles I, which took place directly outside in 1649.

Back then I mused on here how the Banqueting House was crying out for a return to its glory days as venue for the extravagant masques so beloved of Charles I and Henrietta Maria and that it should be filled with music and drama once again – little knowing that the Historic Royal Palaces team, who are going from strength to strength when it comes to innovative, bold and exciting exhibitions at their properties, were already on the case and preparing for a summer of masques, music and frivolity. 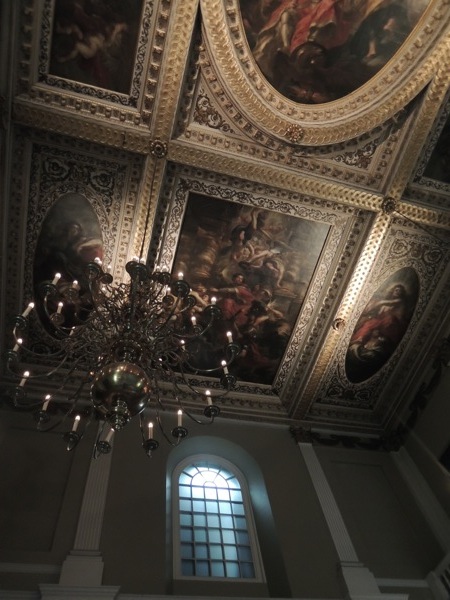 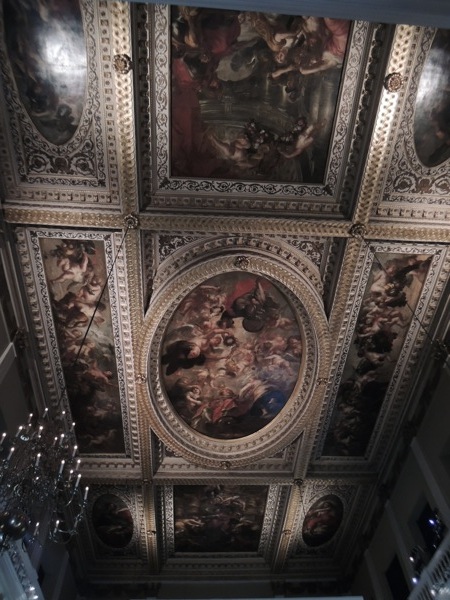 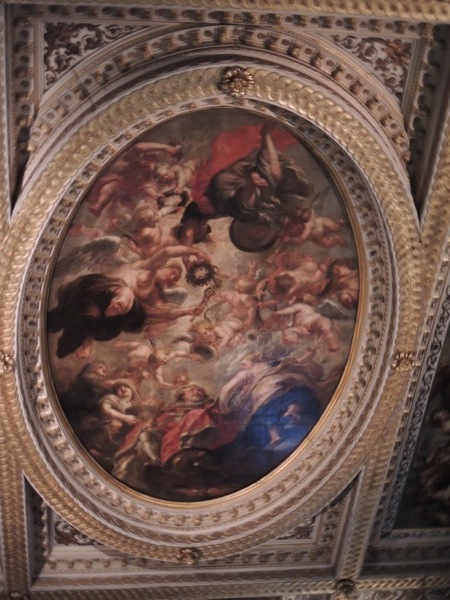 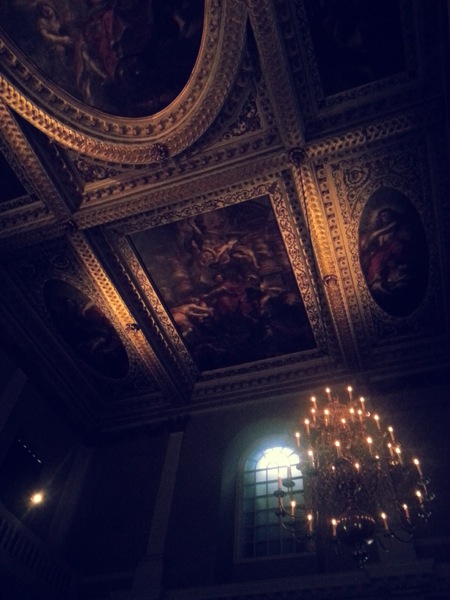 I was therefore highly delighted to be invited along to the press view of the new installation at the Banqueting House, which celebrates this heyday of seventeenth century courtly entertainment – the like of which has rarely been seen since.

It was quite moving to walk up the staircase with its installation devoted to the execution of Charles I and then enter the gloomy but exciting world of the courtly performances that he had so enjoyed and which had, in some part, contributed to his downfall – their extravagance and alleged immorality having scandalised the increasingly powerful and dangerous Puritanical elements at his court and in the provinces, who saw the masques as representative of the intrinsic decadent ungodliness of the court and, more precisely and worryingly, the monarchy. This sense of wasteful extravagance must only have been exacerbated by the fact that the masques, already so ruinously expensive, were only intended to be performed once. 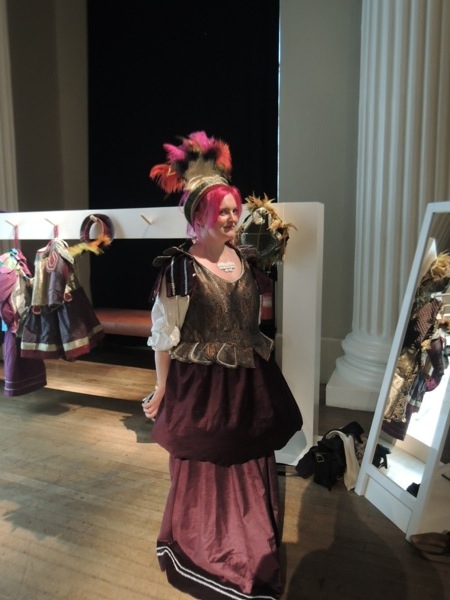 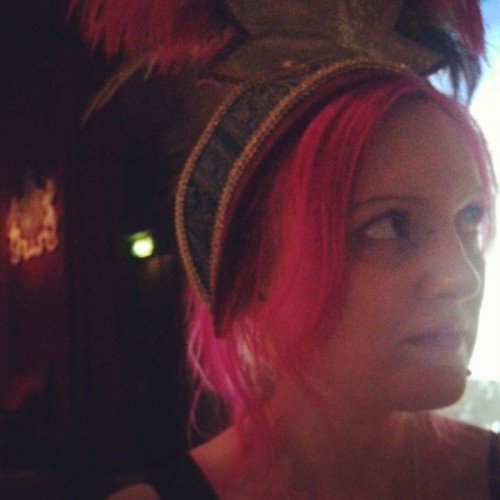 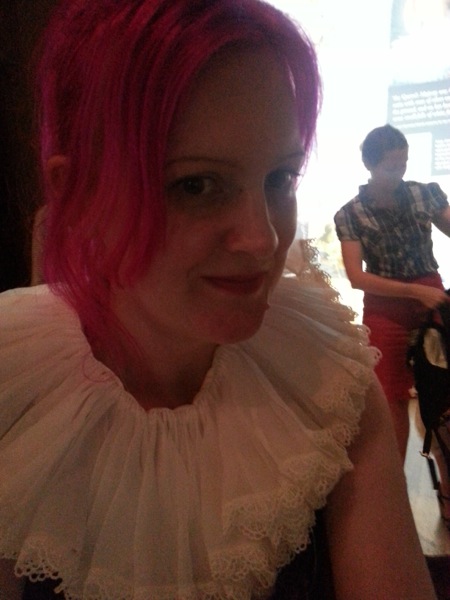 Of COURSE I couldn’t resist dressing up! Photos: Melanie Clegg.

Great changes have been wrought since my last visit and the first thing you notice when you enter the Banqueting House now isn’t the emptiness and hush but rather how atmospherically gloomy it is. Whereas before the blinds on the tall windows of the main chamber of the Banqueting House were raised so that the room was flooded with light, now they are down and the glorious chandeliers overhead switched on so that the room is moodily, evocatively dimly lit, which gives a better sense of how it must have looked when the masque was in full swing. The masque of course was not, as some people think, a masked ball or a masquerade but rather an elaborate scripted performance involving gorgeously costumed theatrics, dance and song – the nearest contemporary being the fabulous ballets hosted and performed by Henrietta Maria’s nephew, Louis XIV and his court at his various residences, most famously Versailles. 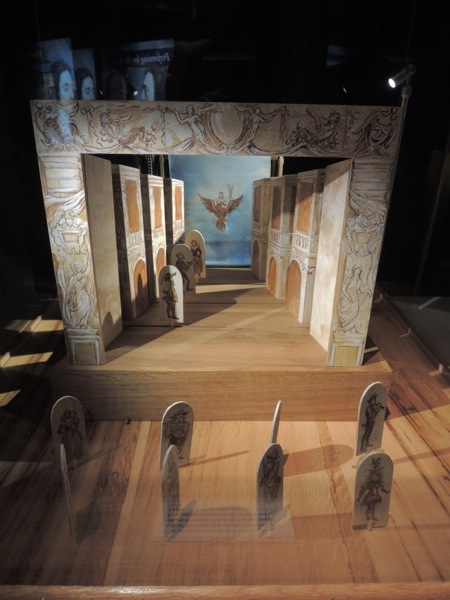 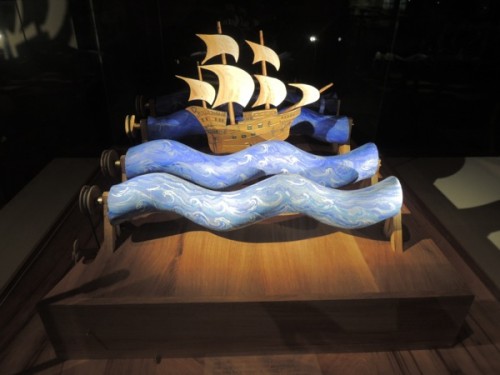 While once the hall was virtually empty bar the canopied throne at the far end, now it is occupied by wonderful and rather whimsical displays evoking the history of the courtly masque as performed at the Banqueting House, with a look at the intricate set and costume designs, lots of activities for both young and old to take part in and, above all, the music that was composed especially for the events. Music is everywhere in the Banqueting House now and there’s even a chill out zone in the corner, furnished with huge bean bags so that visitors can recline at their leisure and enjoy both Rubens’ amazing ceiling above and the music that would have been played there during the seventeenth century revelries. 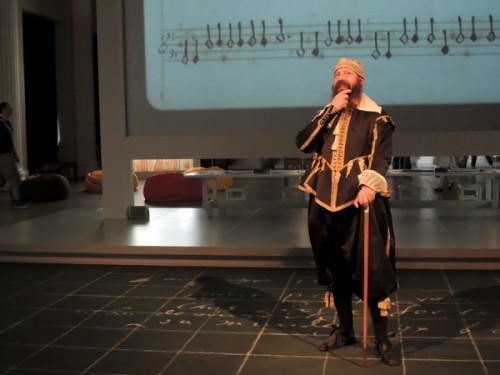 Most thrillingly of all though is the presence of performers from Past Pleasures, who have been transformed into Henrietta Maria, Inigo Jones and members of the court, complete with the elaborate costumes designed by Jones for the masque Tempe Restored, which was first performed in February 1632. Jones was a man of many trades and was, I suppose, the Stuart equivalent to Leonardo da Vinci in that he was a man who could turn his hand to any commission no matter how big or small as not only was he responsible for the design of the Banqueting House as we see it now but he was also the creative force behind the masques that were performed there.

Past Pleasures will be at the Banqueting House throughout the summer to perform small excerpts of dance and drama and also engage visitors, encouraging them to try on the rather bizarre costumes available to dress up in and also try out some dance steps. I’m afraid that I was there for all of about ten minutes before I was all dressed up as a seventeenth century lady and dancing my way through the steps, partnered by a man dressed up as Cupid. It was enormous fun so I’d definitely recommend giving it a go if you get the chance! 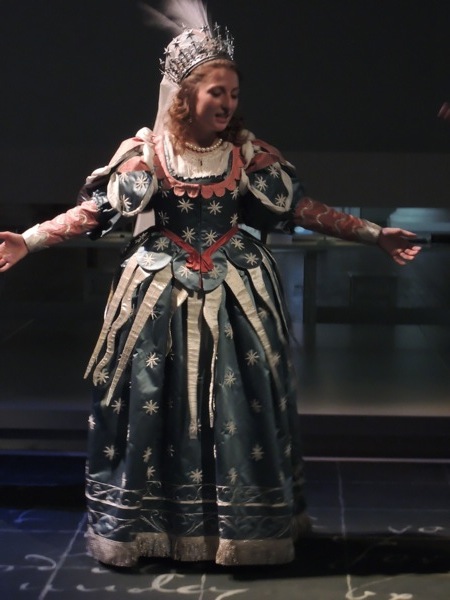 Altogether, I would have to say that the installation at the Banqueting House is a huge success, vividly and evocatively bringing to life the fun, excitement and dramatic glamour of the seventeenth century masque and making it accessible to a more contemporary audience. It’s certainly going to be brilliant for families with little history buffs as there’s lots of hands on things for them to do from dancing to dressing up to trying their hand at some set designing. As always the Historic Royal Palaces team have put a lot of thought into how best to entertain their younger visitors and as usual I find myself marvelling at the massive contrast between their presentation of history and the way things were when I was growing up and museums and stately homes mostly thought children, particularly precocious history mad ones like myself, were massive nuisances who shouldn’t be allowed to darken their hallowed halls. How fabulous that things have changed so much and how lucky children today are. 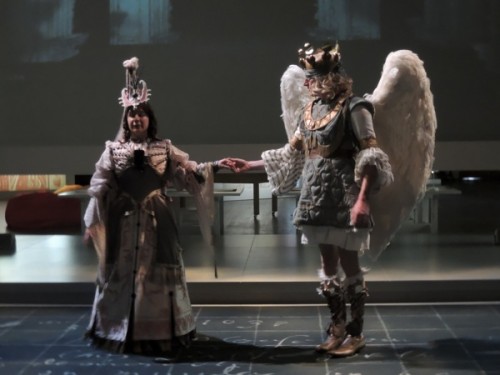 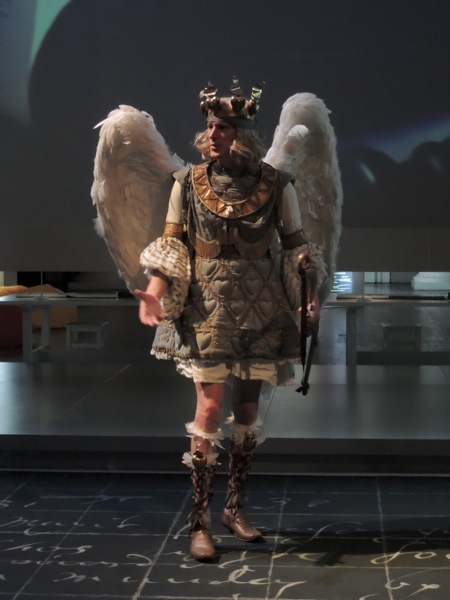 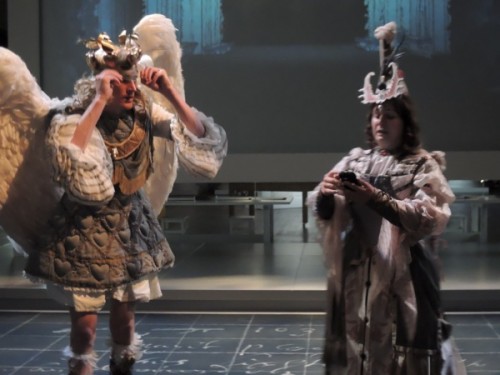 Dancing and general prancing about. You didn’t believe me when I said there was a man dressed up as Cupid, did you? Photos: Melanie Clegg.

As you might expect, putting on a masque is a huge undertaking but the Historic Royal Palaces have risen to the challenge and there will be a one off performance of Tempe Restored at the Banqueting House on the evening of the 27th July. It sounds like it’s going to be a fabulous event – certainly the spectacle of Henrietta Maria descending from the heavens in her bejewelled golden chariot sounds like it’s going to be unmissable. Tickets start from £28 and are available from the Historic Royal Palaces website.

The Storming of the Tuileries, 10th August 1792

The end of the Romanovs