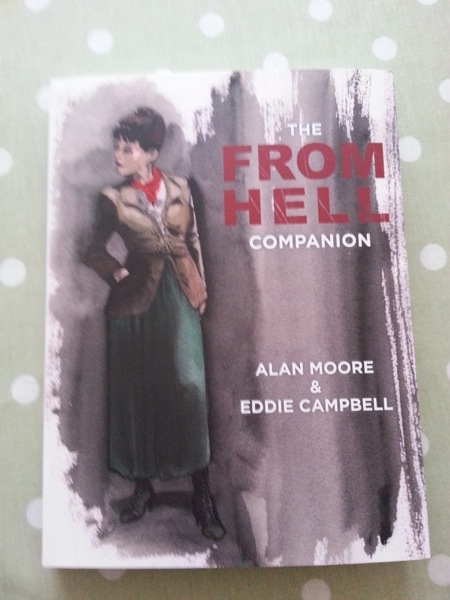 Anyway, you can my sheer and unadulterated JOY when I found out that the team behind From Hell had brought out a new companion book, snappily entitled The From Hell Companion

to go with it, which probes even further into the story they were trying to tell, explains various plot decisions that were made and delivers up even more deliciously darkly Victorian material for mega fans like myself. 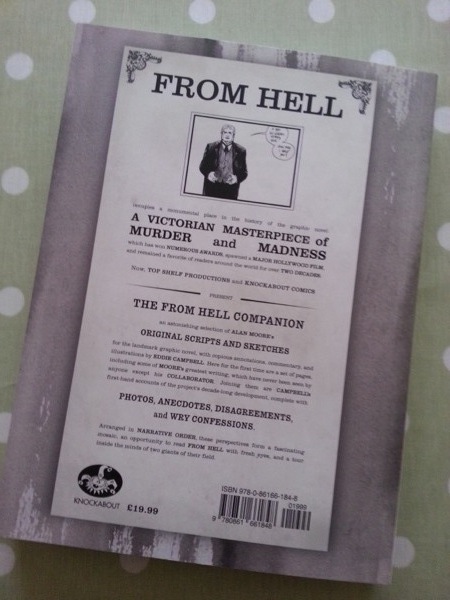 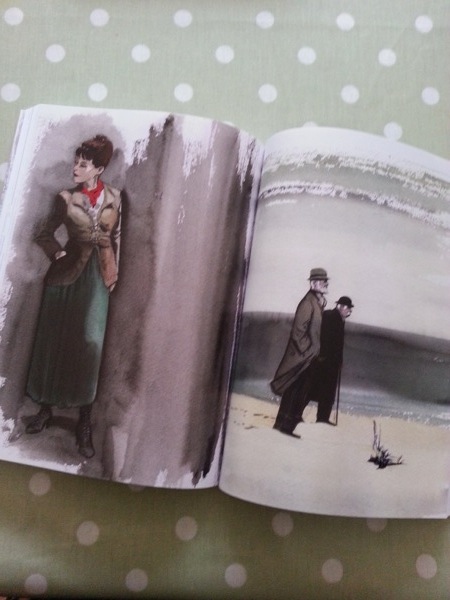 Not that you need to be a MEGA FAN OMG of From Hell to appreciate The From Hell Companion, however. I think this book would be a great and massively enjoyable read for anyone who has even the most passing admiration for the original book.

I must admit that I was absolutely enthralled by this book and devoured every single detail from the wry asides about the 2001 film, to snippets about Alan Moore’s research to behind the scenes nuggets of information about the writing and illustrating process, which took ten long but very rewarding years.

Not every frame or even chapter of From Hell is featured and explained here and there are quite large chunks missing but there’s more than enough to fully enrich anyone’s reading of the original book. Quite a lot of the companion is devoted to an explanation of the script with Alan Moore’s often highly detailed commentary on how he wanted the accompanying drawings to look but there are also sections devoted to themes such as the way the book translated to the film and the precise relationship between Abberline and his prostitute lady friend, the enigmatic ‘Emma’. 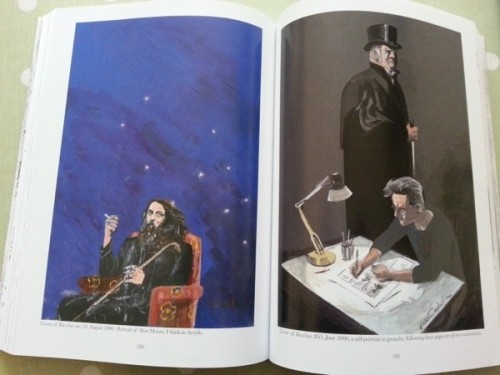 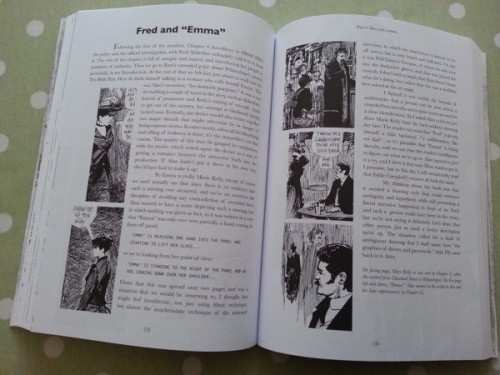 I’m not a habitual graphic novel reader so I’ve never really given much thought to the behind the scenes process or work that goes into creating one so this was a bit of an eye opener for me as I made the visual connection between Moore’s script and descriptions and the resulting drawings by Eddie Campbell. I suppose I’d just thought they sat together and worked on it all in one go! How wrong I was – at the time, Moore was based in England and Campbell was in Australia so this was more of a long distance relationship type thing going on, which if anything made me appreciate even more the mad genius lurking behind the whole enterprise.

Anyway, if you’re even slightly into From Hell then I would DEFINITELY recommend getting hold of a copy of this! It’s incredible. 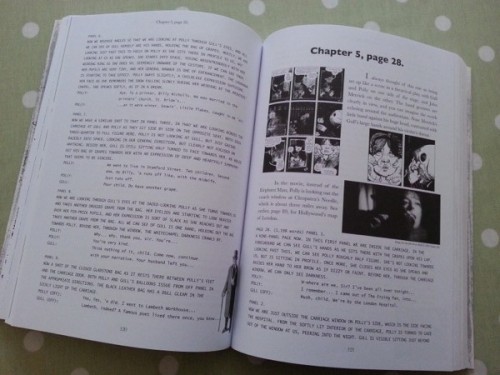 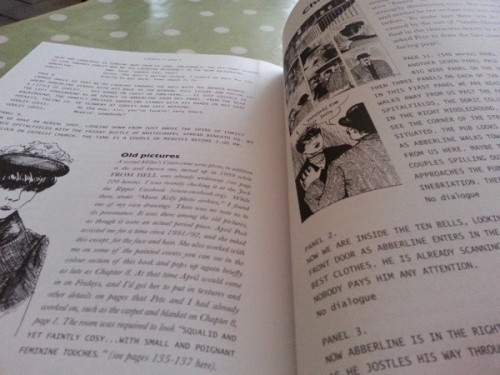 We’ve said a sad goodbye to Google Reader now. Please don’t forget to subscribe via one of the links on my blog sidebar so that we can still stay in touch! Alternatively, I’m giving Bloglovin a whirl at the moment…

Check out this guest post I wrote for the Localers website about Madame de Pompadour’s gorgeously elegant life at Versailles.

The Duchesse d’Orléans, the richest girl in France