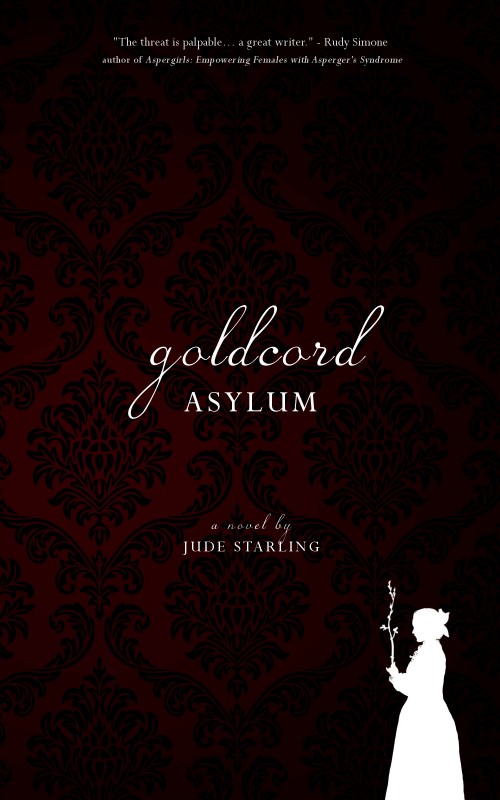 Hello there campers! I am having a day off today as I’m hosting a guest piece by upcoming authoress of doom and GIN fuelled misery, Jude Starling whose new book Goldcord Asylum

came out this week and is BRILLIANT. I’d DEFINITELY recommend this one to anyone fascinated by Victorian asylums. 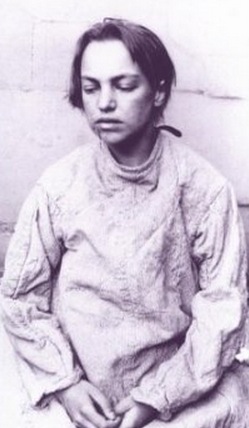 An unfortunate looking patient in a reinforced strong dress.

You know that scene in the Coppola adaptation of Dracula in which we see inside Jack Seward’s 1890s ‘lunatic asylum’ and the patients are being hosed and beaten with sticks by attendants who appear to be wearing hamster cages on their heads? Either the researchers didn’t do their homework, or Dr Seward’s due a visit from the Commission in Lunacy.

The popular images of what a historical psychiatric hospital would look like – the top results when we mentally Google ‘old lunatic asylum’, if you will – are powerful and shocking, but as with most things in life both historical and current, the truth is a little more nuanced. Those mental images – the images which I suspect informed the design of Seward’s asylum as envisioned by Coppola – are barbaric even by late Victorian standards, and in reality one would expect an asylum at the time in which Dracula is set to be somewhere in between such primitive horror and the conditions in a British psychiatric hospital today.

While progress in the treatment of the mentally ill began to improve in France with the work of Philippe Pinel (who in the 18th century abolished the use of restraints and ‘treatments’ such as bleeding and purging at l’Hôpital Bicêtre and the Hospice de la Salpêtrière in Paris), many of the improvements in Victorian asylums can be credited to John Conolly (1794–1866). Conolly was the resident physician at Hanwell Asylum (now St Bernard’s Hospital in West London) and a dedicated reformer of British psychiatry, and under his influence the world of mid-Victorian mental healthcare changed a great deal from the straitjacketed, shackled, out-of-sight-out-of-mind treatment of patients. Post Conolly, a patient in a straitjacket or otherwise under restraint would have been an exception in any institution operating according to contemporary guidelines, and even then such restraints would be used on a temporary basis when necessary, such as when a violent patient had to be approached for treatment. For patients who tore their clothes, a reinforced strongdress might be used instead of a straitjacket, as their sturdy canvas fabric prevented damage without keeping the patient from using their hands and arms. From 1845 the Commission in Lunacy existed as a government body to oversee the running of asylums and treatment of their patients, and could make unannounced visits at any time of the day or night to ensure that conditions in an asylum were appropriate by the standards of the day. Conolly advocated the use of therapeutic labour to aid recovery, and so patients were encouraged to take part in tasks such as needlework, basket-making or gardening – early occupational therapy?

Of course, mid-Victorian asylums were still far from ideal. Without the scientific knowledge necessary to understand many mental health problems as we do now (and hopefully will to a greater degree in years to come), successful treatment seems unlikely, and indeed the Victorian approach of hospitalisation for a wide variety of issues was in itself counterproductive. Inevitably, contemporary attitudes to gender and how people ‘should’ think and behave coloured the view of what could be considered evidence of mental illness, and some of the medications, treatments and equipment one might find in a Victorian asylum now raise red flags, not to mention a few eyebrows. Not yet recognised as addictive and/or toxic, ingredients in Victorian drugs included mercury, cocaine and morphine, while the frequent use of leeches led to such objects as the leech tube, which allowed easy removal of the animals from awkward areas. (Think body cavities!) The Victorian horror of ‘self-abuse’ and their belief that it caused or exacerbated physical and mental illness produced some very strange anti-masturbation devices for both men and women, which were used not only in a medical setting but privately by guilt-ridden individuals as well. And in an example of some things regressing to a degree before progress resumes, after Conolly’s death attitudes to the mentally ill became less sympathetic for a time, partly thanks to Henry Maudsley (1835–1918), his son-in-law and successor as a dominant force in British psychiatry. 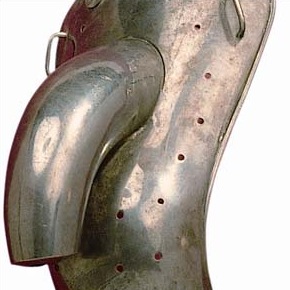 Why Maudsley became a doctor, much less one specialising in mental health, is something of a mystery, and indeed in his later years he wrote that he regretted the decision himself. He doesn’t appear to have had any concern for his patients as people, and kept them at arm’s length: while Conolly lived on the asylum grounds and would often spend his nights talking with patients, Maudsley was of the view that interacting with the mentally ill was unhealthy. This harshness extended to members of his family, and in a move that shocked the Victorian medical profession, he took his differences with his father-in-law into the obituary he penned for him, in which he dismissed his wife’s recently deceased father’s professional approach as sentimental. Nice man.

My novel Goldcord Asylum is set (unsurprisingly) in a Victorian ‘lunatic asylum’, with the story beginning in 1866, just after John Conolly’s death. All the characters are fictitious, but the story is influenced by the great changes and conflicts that were taking place in psychiatry at this time, as well as featuring some of the Victorians’ less edifying attitudes and treatments. In researching mental healthcare at this lynchpin point in history I had to revise a lot of my own former impressions of what Victorian asylums were like and what took place therein, but nonetheless I still found plenty to be shocked and disturbed by.

If you fancy winning a copy of Goldcord Asylum complete with a signed drug label (I know, how cool. I am SO doing that if I ever get organised enough to produce a paperback of the Ripper Book!) then just leave a comment here and I’ll pick a winner at the end of the week. Good luck and thank you to Jude for a great post!

Princess Diana and me