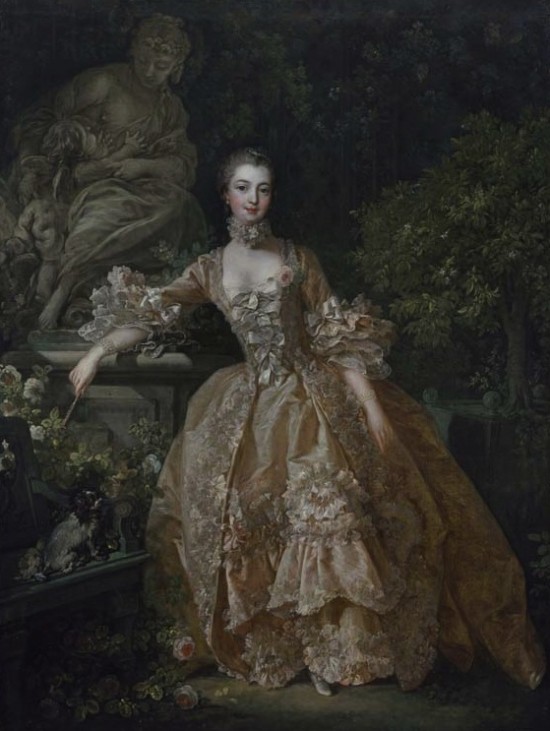 As part of my mission to blog every day, I’ve decided to have a Portrait of the Week and what could be a better way to kick off on the anniversary of Boucher’s death in 1770 than his superb portrait of Madame de Pompadour, which is one of the highlights of the Wallace Collection in London.

This amazing painting was commissioned by Madame de Pompadour in 1759, nine years after her relationship with Louis XV had become necessarily platonic although she still maintained her position as his chief mistress, mainly through a combination of her winning personality and accommodating nature when it came to either turning a blind eye to his sexual liaisons or, it was rumoured, actively procuring them for him. 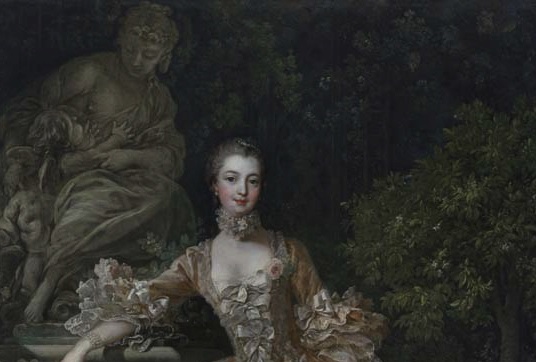 However, you can’t blame the charming Madame de Pompadour for being just a bit worried that her royal lover might stray completely if she wasn’t able to sleep with him and so she waged a campaign to remind him that fidelity in friendship was of equal value as that in romantic love. This portrait was just a part of it, as it shows Madame la Marquise gorgeously dressed as always and posing next to a statue of Love Consoling Friendship, which is based on the well known Pigalle sculpture Love and Friendship, which was commissioned by Madame de Pompadour in 1754 and for which she herself posed for the figure of Friendship as a reminder to Louis XV that the ties that bound them together as lovers were equally strong now that their relationship had changed to one of friendship.

Another, perhaps more subtle reminder, is the way that the Marquise’s fan is pointed towards her pet spaniel Inès, who sits so faithfully on the painted bench beside her. Here too then is a reminder of her own fidelity and constancy, her complete obedience to the man that she still regarded as her master, although there is something about Madame de Pompadour’s bold yet curiously casual stance and the lift of her rouged lips that reminds the viewer that no man can truly be considered the master of such a woman. 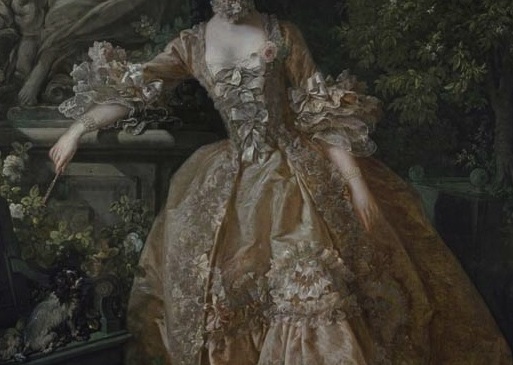 Boucher is perhaps best known for his fanciful classical allegories depicting plumply gorgeous nymphs, shepherds and ingenues frolicking amongst imaginary temples or feathery leaved trees. However, he was also a superb portraitist with a keen eye for detail and the ability, like Gainsborough, whom I consider to be his best and nearest British counterpart (although Gainsborough was significantly better at capturing a likeness) meld his sitters with their surroundings so that his portraits became gorgeous symphonies of silk, lace, softly powdered hair, dewy eyes and fluffily drifting clouds. It’s possibly not the sort of portraiture that is most admired nowadays but it is certainly more charming and pleasing to the eye than the drab, flat efforts that most portrait painters currently seem to produce. 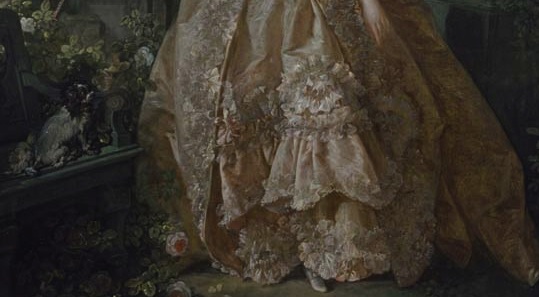 There is something very reminiscent of Gainsborough in this portrait of Madame de Pompadour as it recalls to mind the splendid full length portraits of gorgeously dressed women posing in landscapes that he did so well. Although, this being a French Rococo piece means that while Gainsborough’s ladies are posed like Catherine Earnshaw, buffeted by wind and wild haired and hectic cheeked beside trees and with no apparent sign of civilisation to be seen, Boucher’s Madame de Pompadour may well be outdoors but it is a very manmade version of nature that she graces with trees in tubs, a statue and nary a breeze permitted to touch her porcelain skin as she steps out of the darkness of the foliage behind her and stands before us in the light.

I can’t help thinking too that the young Marie Antoinette was probably gutted that Boucher died on the 30th May 1770 just after her grand arrival into France and too late to ever be able to paint her. We can only imagine what a concoction he would have created for her and I am sure he would have relished the opportunity to paint her as well. 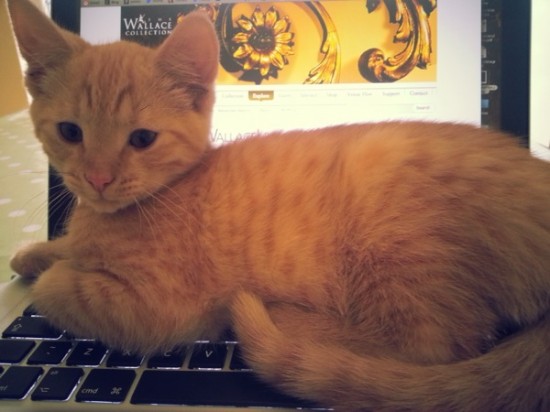 This blog post took quite a long time to put together thanks to the best efforts of the Chatons des Guillotine to disrupt matters! 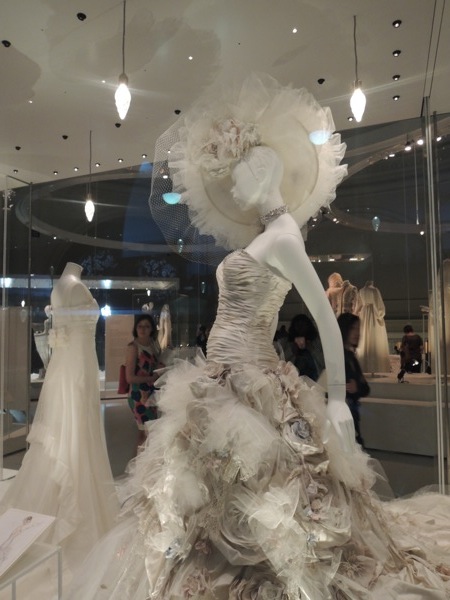