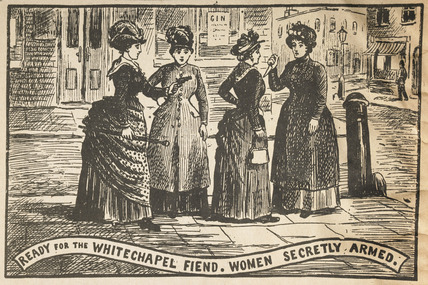 The women of Whitechapel arming themselves against the Ripper. Nice work ladies. Photo: The Museum of London.

I’ve been neglecting this blog a bit, haven’t I? Sorry about that. The fact of the matter is that I’ve been hard at work on my novel about the Whitechapel Murders in 1888, which is turning into a bit of an epic project with all sorts of things going on.

As some of you may recall, I started working on the so called Ripper Book about eighteen months ago but then shelved it while I wrote Minette

. However, it’s now my main focus and I have to say that allowing it to ferment in my mind for eighteen months was probably the best thing that I could have done as it’s pretty much POURING out on to the page now and, I think, is going pretty well.

As originally planned, it’s written in the first person and tells the story of the so called Autumn Of Terror from the point of view of three very different young women who are kicking about in Whitechapel during the murders – Alice, the rather prim daughter of a wealthy and renowned artist; Emma, a down on her luck reformed prostitute and Clara, the fresh faced daughter of a local policeman (who is based on one of my own ancestors). Although The Secret Diary and Minette were both suitable for young adult readers this is my first attempt at what I think is a ‘proper’ young adult book and it’s a bit of a weird one, I suppose because of the subject matter that I’m dealing with although not TOO weird really when I remind myself that I set out on the Ripperology path at the age of thirteen and that the Ripper murders are now taught in schools as part of the GCSE syllabus.

Anyway, I’m rattling through chapter ten at the moment, which is the point when the story goes from Really Dark to Really Dark Indeed and I have to say that I am enjoying myself excessively. I asked my husband to have a read of the first eight chapters the other day because I thought it might not be quite dark enough and he, bless him, looked quite troubled by the whole thing and simply commented that ‘They’ve really hit rock bottom, some of your characters, haven’t they?’ I didn’t have the heart to tell him that they haven’t even scratched the surface of rock bottom yet… 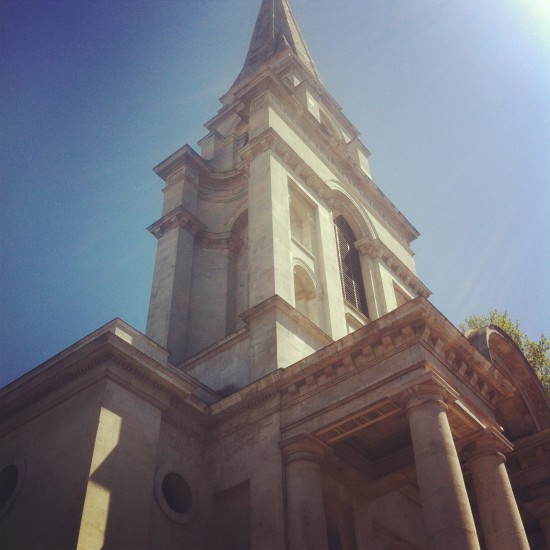 Christ Church, Spitalfields where two of my characters are currently patiently sitting eating bagels and waiting for me to finish writing this blog post. Photo: Melanie Clegg.

Anyhow, that’s where I am right now – ten chapters in and loving every minute of writing it. I really hope you all like it too when you get a chance to read it! I originally planned to bring this out for Kindle at Christmas but erm, let’s just say that I’m not actually sure what’s happening with it now. In a good way? I don’t really want to think about that right now though – I just want to write this book and have some fun with it.

In other writing news, Minette is doing brilliantly and has shifted well over a thousand copies now since it came out a month ago, which is rubbish, I know, compared with other people I might mention but I’m really happy with that as I was told by a few people that no one would want to read it because of the period and so on. In THEIR faces then. No, seriously, I’m thrilled with how well it’s been doing and the amazing reviews it’s garnered. I’ll be starting work on the sequel, Madame as soon as the Ripper Book (it really needs a title – I badly want to call it simply Whitechapel but the ITV series got there first, darn them!) is finished. 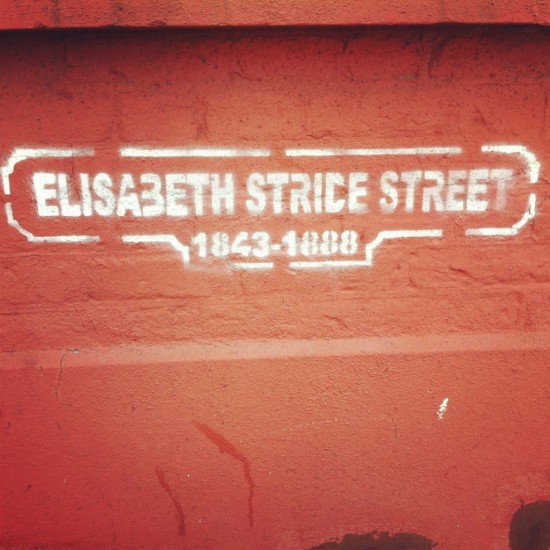 Oh and before I forget, don’t forget that Blood Sisters is now available to buy as a paperback from Amazon UK

and from this here blog if you’re elsewhere in the world.

I’d better get back to writing now. I am currently planning some research trips to sites around Whitechapel and am massively excited about getting back to my favourite bit of London again for a bit of a mooch around!

Mary, Queen of Scots -Portrait of the Week

This week's dress - vivid magenta and an attack of mauve measles