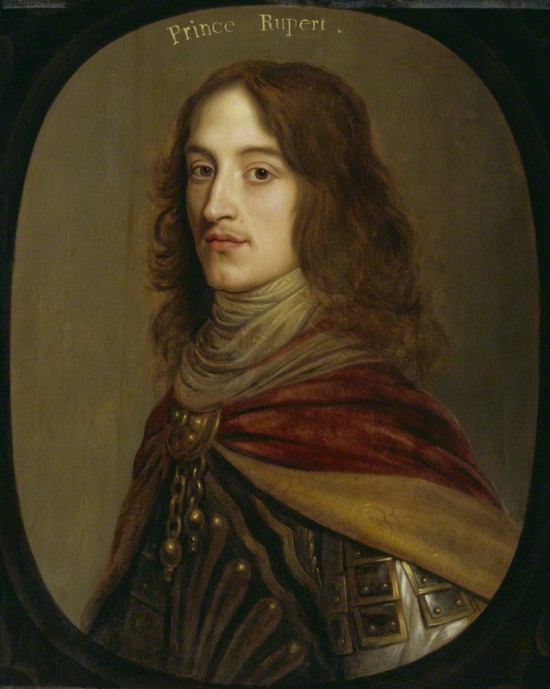 Let’s take a moment shall we to appreciate His Royal Hotness Prince Rupert of the Rhine. I probably shouldn’t as my husband is now so sick of hearing me going on and on and on about how amazing he was that the other night he finally shrieked ‘WHY DON’T YOU JUST MARRY HIM’ at me.

Reader, if he hadn’t been dead for over three hundred years, I would marry him in a HEARTBEAT. I don’t think I’d be his type though. I’ve been in love with Rupert for as long as I can remember, firstly drawn to his famous good looks but then thrilled beyond belief by his chequered military career, PIRATING and passion for science and art. To most people, Prince Rupert, was a ridiculous fop in a feathered hat and lace cuffs who went into battle with a white poodle scampering at his side but I love that there was so much more to him than that. 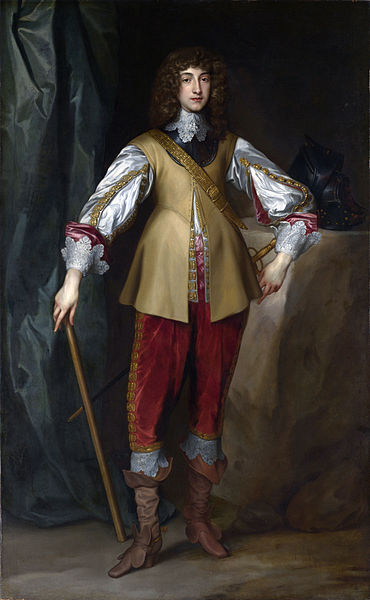 Anyway, to justify this shameless love in here’s some Rupert facts for this damp and miserable west country afternoon:

1. Born in December 1619 in Prague, Rupert was the son of Frederick V, Elector Palatine and his wife, Elizabeth Stuart who was the daughter of James I, granddaughter of Mary, Queen of Scots and goddaughter of Elizabeth I. At the time of Rupert’s birth, his parents were reigning as King and Queen of Bohemia, titles that they soon lost when his father opposed the new Holy Roman Emperor Frederick II who sent an army after them in Prague. In the turmoil surrounding their hasty retreat, the infant Rupert was forgotten by almost everyone and ended up being unceremoniously thrown into a carriage at the very last moment. 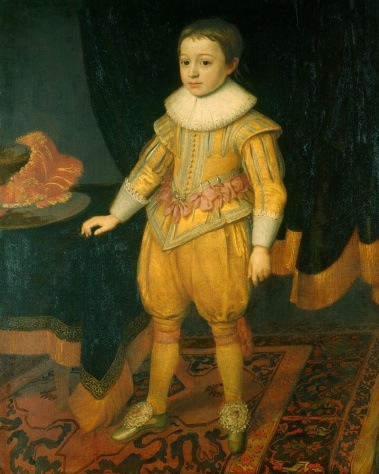 2. The young Rupert had such a fiery temper that he was nicknamed ‘Robert le Diable’ – Rupert the Devil. He was by all accounts an incredibly self willed, fiery and naughty child but was also extremely academically capable, learning English, French, German and Czech while still a small child and showing an early passionate interest in science, art and mathematics that would persist throughout his life.

3. Along with his siblings, Rupert was taught art by the great painter Honthorst (his favourite sister Princess Louise was also one of Honthorst’s most talented pupils) and showed great promise particularly in the creation of mezzotints, which some believe he actually invented although this is open to debate.

4. Undeniably handsome, Rupert was also very tall – being around 6ft 4in by the time he reached his late teens. However, his manners weren’t always as pleasing as his face and he was known to be rather brusque, careless of the feelings of others and even impolite. However, he was highly loyal to those he cared about, in particular his uncle Charles I and cousins. 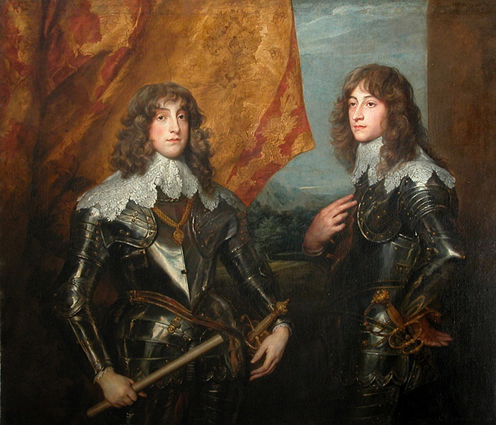 The Palatine Princes, Van Dyck, 1637. Photo: Musée Louvre. Rupert is the soulful looking one on the right, while his elder brother Carl is on the left.

5. Rupert became a soldier at the age of fourteen and quickly became known for his fearlessness in battle, excellent planning skills and apparently indefatigable optimism. However, on the flip side he was also regarded as dangerously reckless and too hot headed by far. He fought against the Holy Roman Empire and was eventually captured in 1638 at the battle of Vlotho and would spend the next three years in a state of luxurious captivity, evading conversion from his family’s Lutheranism to Catholicism and frequently turning down offers from the Emperor to release him in exchange for taking up a position of command in the Imperial army. He spent a lot of time playing tennis during those three years and would later be hailed by Pepys as the fourth best tennis player in England.

6. The epitome of Cavalier dash, bravado and glamour, Rupert is best known for fighting against Parliamentarian forces for his uncle Charles I during the English Civil War and became something of a hero to the royalist forces and an anathema to the Parliamentarian side. Rupert’s skill as a commander is undeniable but his lack of tact when dealing with his fellow royalist leaders resulted in division within the Royalist camp. It’s a real shame – his undeniable intelligence and bravery inspired intense loyalty from his troops and was inspiring to the men beneath him but he was seen as rude, surly and dismissive by many of his uncle’s advisors and this would ultimately lead to his dismissal from the position of Commander. 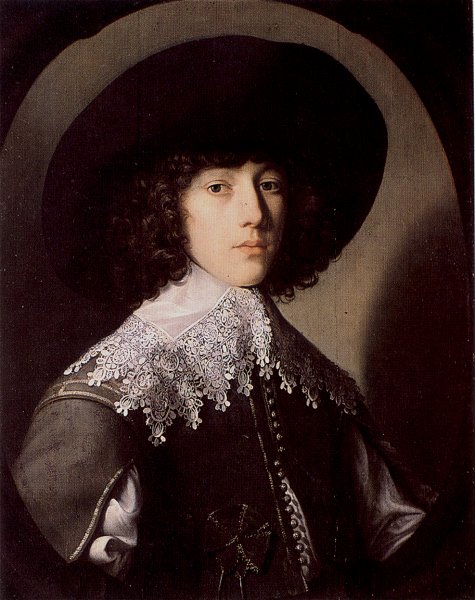 7. While a captive of the Emperor, Rupert had been presented with a white hunting poodle he named Boye and who became his constant companion, even accompanying him on to the battlefield. Because the Puritans could be ever so slightly barking mad, they started putting it about that Boye was in fact a FAMILIAR of Satan himself, whose job was to protect ‘Robert the Devil’ on the battlefield. In return those saucy Cavaliers mocked this mercilessly and produced pamphlets of their own claiming that Boye was basically a doggy super hero with unbelievable powers of divination and the ability to catch bullets in his teeth. Sadly, Boye proved to be as vulnerable to weaponry as any other dog and would meet his premature end at the battle of Marston Moor in 1644, leaving Rupert devastated.

8. During the second stage of the English Civil War, Rupert transfered his attentions to the navy and joined the Royalist fleet under the command of his cousin James, Duke of York who assumed the position of High Admiral despite being just fifteen years of age. Rupert seems to have taken to the naval life like a duck to er proverbial water and as with his military career became known for his bold decisiveness, relentless optimism in the face of almost certain disaster (a classic Stuart characteristic inherited from his great grandmother Mary Queen of Scots perhaps?) and ruthless nipping in the bud of any form of dissent. After the failure of his plan to rescue Charles I from his prison on the Isle of Wight and the subsequent general collapse of the royalist navy, he then joined forces with his equally scapegrace younger brother Maurice and became, well, let’s not mince our words here, a PIRATE PRINCE, sailing with his small fleet of Royalist ships around the Azores, up the Gambia and then on to the Virgin Islands, catching malaria, excitedly exploring and capturing ships and BOOTY wherever he went. Sadly, his privateering career came to a premature end when his tiny fleet was caught in a devastating tropical storm, which claimed sank one of his main ships and claimed the life of his beloved brother Maurice as well as several hundred men. 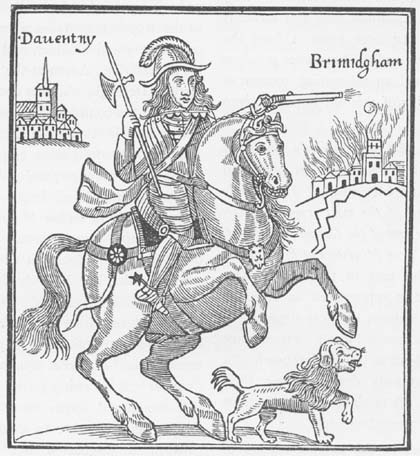 Frontispiece of the Parliamentarian propaganda pamphlet A true relation of Prince Rupert’s barbarous cruelty against the towne of Brumingham, 1643.

9. After a period spent fighting as a mercenary leader in Europe, Rupert returned to England when his cousin and great friend Charles II was restored to the throne. He was rewarded with the title of Duke of Cumberland, a pension of £4,000 a year and the positions of both Constable of Windsor Castle and Admiral of the Royal Navy, the seafaring life having become his consuming passion. He threw himself into his naval life with a gusto, inspiring the same fierce loyalty from his men as he had done during the Civil War but with the marked difference that his overall leadership style had matured and he was now more able to take on board conflicting advice and opinions from his peers, something that he had always struggled with in the past.

10. Rupert’s passion for science remained a constant throughout his life and was an interest he shared with his cousin, Charles II who had his own laboratory installed in Whitehall where he would frequently retire to conduct experiments. In fact both Charles and Rupert were to be founding members of the Royal Society in 1660 and took a close interest in the society’s activities. Rupert had an extremely comprehensive laboratory fitted up at Windsor Castle for his experiments and it was here that he worked on various military inventions such as various types of weaponry, naval guns, a type of torpedo, different sorts of gunpowder and a diving engine capable of reaching the sea bed. He was also interested in mathematics and cypher solving (another inheritance from Mary Queen of Scots?) as well as metallurgy. 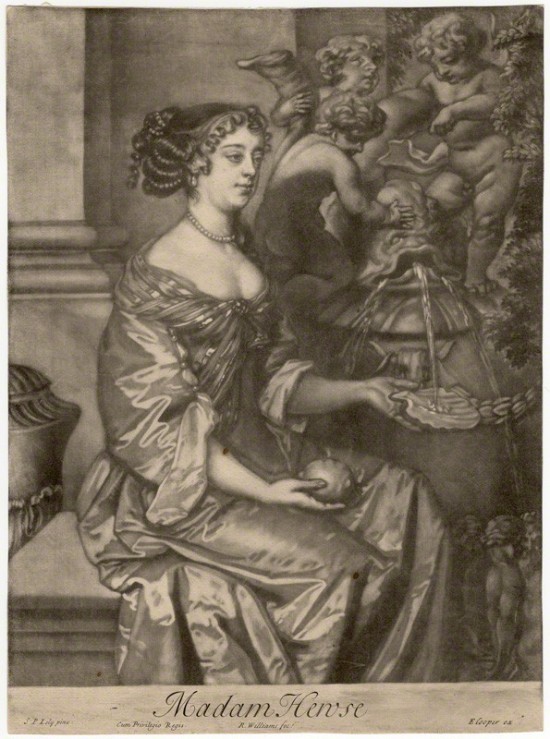 11. Brusque and often uncourtly though Rupert’s manners may have been and busy though he was, he still found time to dally with the occasional lady with rumours abounding of affairs with Mary Villiers, Duchess of Richmond and other ladies of the court. During his youth he seems to have spent more time fighting than wooing but all that changed after the Restoration when he offered for the hand of Charles II’s sister Henrietta-Anne (she was already betrothed to her cousin Philippe, Duc d’Orléans so this was sadly doomed to failure – as you may expect I very much enjoyed writing about all this in Minette) and then eventually fell in love with Frances Bard, who gave birth to his son Dudley Bard in 1666 and then the lusciously gorgeous actress Peg Hughes, who was his mistress for around fourteen years until his death of pleurisy in 1682 at the age of sixty two. The couple were by all accounts devoted to each other although Rupert, who had something of an aversion to the married state, refused all attempts to make their relationship legal although he was a fond father to their daughter, the absurdly monickered Ruperta Hughes. 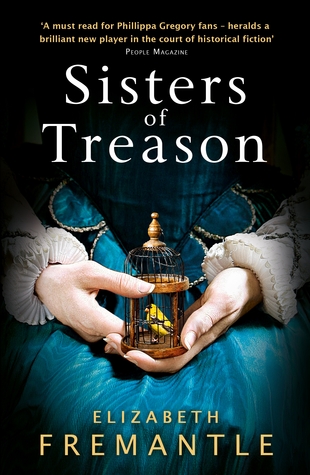