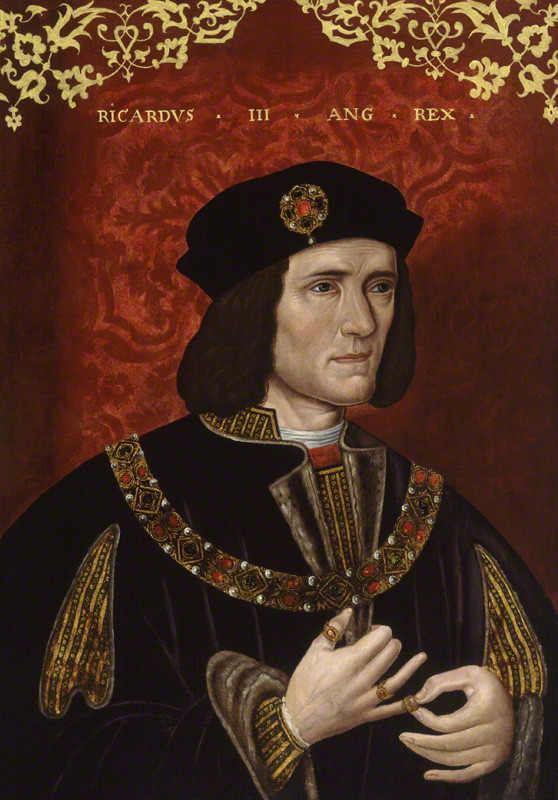 Like millions of history fans all over the globe, I just tuned in to the BBC News for the live press conference from the University of Leicester where they were expected to confirm whether the remains discovered on a dig at the site of the Grey Friars Monastery were indeed those of the last Plantagenet King, Richard III.

It was UNBELIEVABLY exciting watching it all unfold both live on television (and on the live internet feed when the news cut away to BORING POLITICAL STUFF THAT NO ONE CARES ABOUT) and also on Twitter, where I think unprecedented amounts of people were watching and waiting to find out the result, even people that I had no idea were even slightly interested in history.

I got really weepy at a couple of points – seeing SO MANY people talking about history really made up for all the years I spent at school being bullied for being a ‘history geek’ with ‘boring’ and ‘weird’ interests. It really made all the years I’ve spent reading and studying and thinking and discussing history feel completely worthwhile because, really, when it is done properly there is nothing quite like a common shared interest in history for bringing people together.

No really, there isn’t. Let’s ignore last night’s Super Bowl as this is clearly far better. No really, it IS. 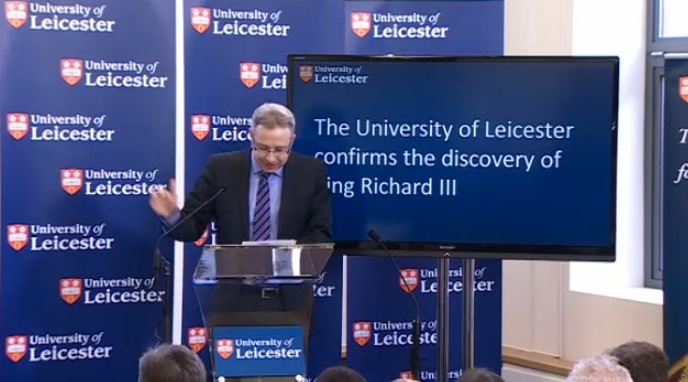 The BIG REVEAL at this morning’s press conference.

There was talk at the conference about the DNA and genealogical work they did on the remains and Richard’s closest living relatives, the descendants of his sister Anne. They mentioned the line of descent from John of Gaunt and I had to laugh because like millions of other people, I too am a direct descendant of John of Gaunt (via his son John Beaufort, Earl of Somerset) and it never really feels all that special because, well, so is everyone else. However, for a brief instant, while watching the conference and seeing the mounting excitement of the scientists and everyone watching them, I felt really privileged to be a part of such a richly fascinating and HUGE extended family. It made the history of this nation, which we ALL share, feel even closer to all of us.

I felt privileged too to be able to watch the drama of the press conference unfold and to be around on such an auspicious day. For me, history has never been about revering the dead but about trying to bring the past back to life and seeing the amazement and excitement surrounding today’s announcement (I cried, the press applauded, Twitter erupted into celebration) made me optimistic that the common perception of history as a dry, boring subject and the exclusive preserve of the tedious is completely wide of the mark.

Of course it isn’t always like an episode of CSI: Plantagenet but I believe there’s a piece of history, something that will excite and interest, for everyone. 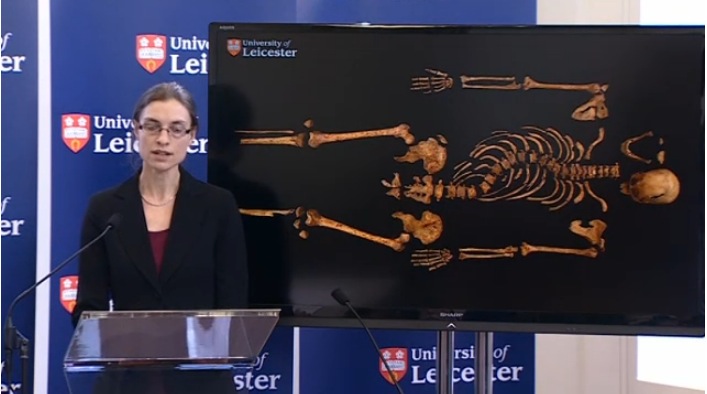 The remains discovered in the car park site in Leicester, clearly showing scoliosis of the spine and slightness of his physique. If he hadn’t had scoliosis, he would have been around 5’8″ so unusually tall for the era, like his brother Edward IV. Sadly his feet were missing when they found him.

People complained a bit about the length of the conference, but as someone who studied Archaeology and History as well as History of Art at university, I found it fascinating to see the final burial spot of the body, see the remains and also see the extremely harrowing and gruesome wounds on his body. Although the discovery of his remains actually doesn’t do much to rehabilitate Richard III’s rather tarnished reputation (and I’m not sure what would besides DNA proving the bones found in the Tower weren’t his nephews and a signed confession from Henry VII baldly stating that ‘It’s a fair cop, guv’nor, I done them in‘ and let’s not even get started on the not quite so good stuff that we know for a fact that he did), I’m sure anyone would agree that no one deserves to die in such a brutal and undignified way and then to have their body treated so shabbily afterwards.

It’s been announced that the remains will definitely be re-interred at Leicester Cathedral and although I personally think that York Minster would have been a choice that was closer to Richard III’s Yorkist heart, it can’t be denied that the Grey Friars monks of Leicester treated his remains well and buried him with as much honour as they were able to muster and so perhaps he will stay in the best place after all. Even though I loathe Leicester, I think I’ll be making the trip up there at some point to pay my respects. 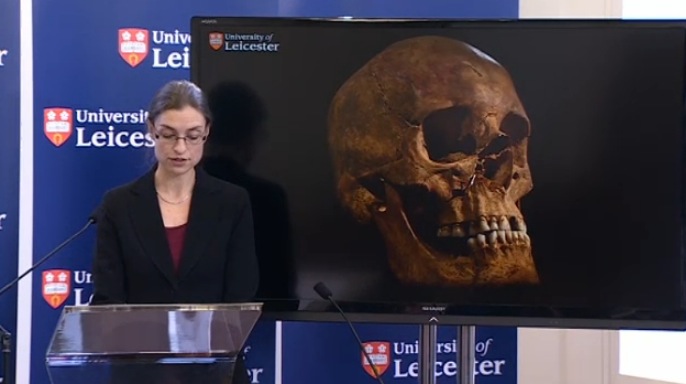 The skull of Richard III, with glimpses of the terrible trauma received around the time of his death, which included a large chunk at the back that was swiped off, presumably by a halberd.

(There’s an hour and a half long documentary on Channel 4 tonight about the discovery of the remains and the process of identifying them, which will include a facial reconstruction of what they think he may have looked like. I honestly can’t wait to see this. Will he be the handsome Sweet Dickon of historical fiction imagining or something quite different? We’ll have to wait and see!)

ps. I had to laugh a bit at a confused person on Twitter asking ‘But how did they manage to lose him?’ when being told that all the unusual excitement was about ‘Richard III being found’. How indeed?

pps. If any of my blog posts deserves the ‘posh doom’ tag it is this one.

Venus of the Emperor? 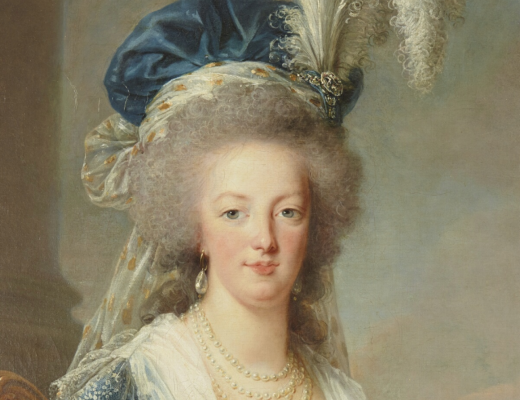