Elizabeth I when a Princess, attributed to Scrotes, c1546. Photo: Royal Collection.

Well, it looks like 2013 is going to be a bumper year of exhibitions for the historically obsessed – there’s the Mary, Queen of Scots one in Edinburgh, the Madame Élisabeth one at Montreuil and now another, which looks absolutely SPECTACULAR, about Tudor and Stuart fashion, which is due to be held at the Queen’s Gallery, Buckingham Palace. I’m SO there at all of them. With bells on.

“This exhibition explores the sumptuous costume of British monarchs and their court during the 16th and 17th centuries through portraits in the Royal Collection. During this period fashion was central to court life and was an important way to display social status. Royalty and the elite were the tastemakers of the day, often directly influencing the styles of fashionable clothing.

In Fine Style follows the changing fashions of the period, demonstrates the spread of styles internationally and shows how clothing could convey important messages. Including works by Hans Holbein the Younger, Nicholas Hilliard, Van Dyck and Peter Lely, the exhibition brings together over 60 paintings, as well as drawings, garments, jewellery, accessories and armour.” — Royal Collection website.

Wow and indeed crikey. The Royal Collection has some of the most superb examples of early modern Western portraiture in the world and this promises to be an absolutely amazing showcase of some of their finest works from Scrots’ beautiful portrait of the young Elizabeth I to Van Dyck’s sumptuous portraits of Charles I, Henrietta Maria and their children to Peake’s wonderful painting of the young Henry, Prince of Wales and his friend Robert Devereux out hunting in matching vivid green suits.

If that’s not enough, there will also be examples of actual clothes and jewellery from the period, including a 400 year old women’s waistcoat that has been preserved in near immaculate (and miraculous!) condition, Queen Mary’s beautifully enamelled snuff box, a wonderful sixteenth century parure (that’s a rather nice necklace to you and me) and a jacket that is said to have been worn by Charles I himself. Fabulous.

In Fine Style: The Art of Tudor and Stuart Fashion will be running from the 10th of May until the 6th of October 2013 and the accompanying and rather lavish looking book

is due to be released on the 1st of April. It’s currently available for pre-order from Amazon for a princely £38.25. I may have already pre-ordered my copy. Oops. 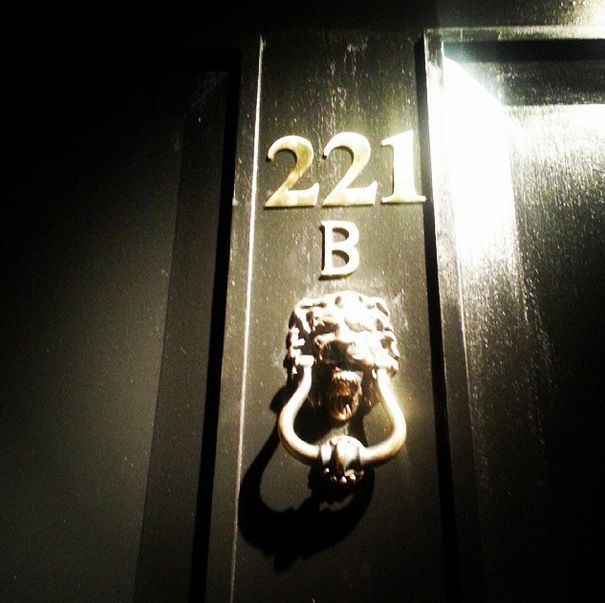 Sherlock Holmes: The Man Who Never Lived And Will Never Die