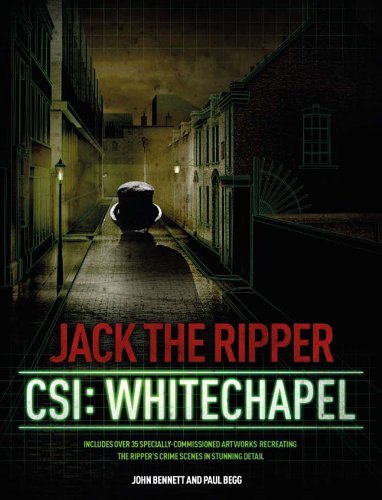 There are some superb new books about the Whitechapel murders of 1888 this year, including Rob House’s Jack the Ripper and the Case for Scotland Yard’s Prime Suspect

and Neil R. Storey’s The Dracula Secrets: Jack the Ripper and the Darkest Sources of Bram Stoker

, both of which follow particular theories about suspects in the case and are excellent reads.

However, if you are in the market for a more general overview of the Ripper case then I would wholeheartedly (I’m not sure if this is an unintentional pun or not) recommend Jack the Ripper: CSI: Whitechapel

by John Bennett and Paul Begg, which provides a highly detailed, informative, fascinating and richly illustrated view of the murders. It really is a masterpiece and a worthy addition to any Ripperologist’s Shelf Of Shame, whether they are an interested newbie to the case or a more experienced researcher. 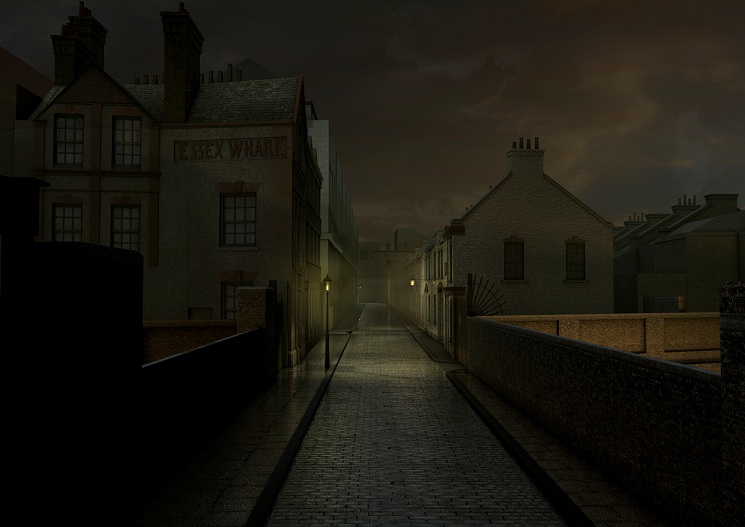 ‘Over 100 years have elapsed since what is believed to have been Jack the Ripper’s final murder, yet he still has a powerful hold over the public’s imagination, which is manifested in the hundreds of books, television programs, and films that are produced every year on the subject. “Jack the Ripper: Crime Scene Investigation” is the first and only book to enable the reader to travel back into the London of 1888 by reconstructing key scenes from Jack the Ripper’s murders in pin-point accuracy. Through detailed and atmospheric crime scene recreations, plus thoroughly researched text written by experts in the field of Jack the Ripper, this book explores the movements of each victim, the position of witnesses. and the location of various buildings and streets to give the reader the most complete view to date of the gruesome crimes that shook Victorian society.‘

There is a wealth of information about the murders within this book, which, as the title suggests, aims to look at the case from a highly logical and informed point of view with the aid of witness statements, maps showing the victims’ last movements and little snippets of information about the social and economic conditions that they lived in as well as taking a more contemporary and analytical approach towards the known evidence while at the same time not going with a preconceived case and allowing the reader to make up their own mind. I really liked that this book didn’t just stay with the canonical five but also explored several other murders either side such as those of Martha Tabram and Frances Coles, which have also been attributed to the so called Ripper. 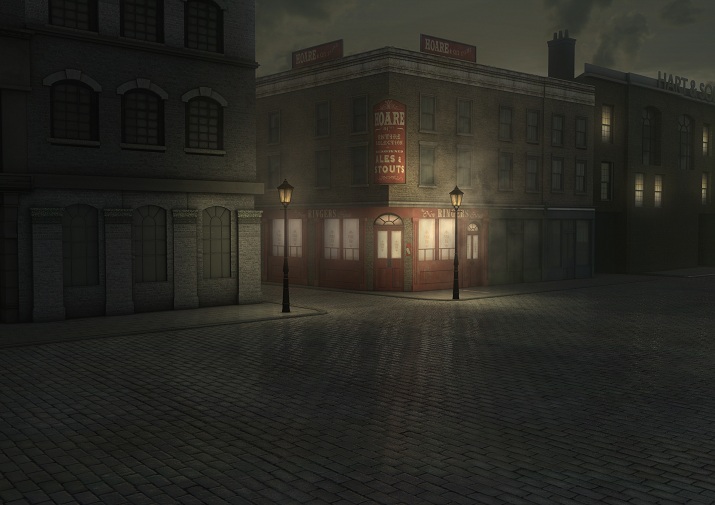 The Britannia pub on the corner of Commercial Street. Photo: Jaakko Luukanen/Deep Pixel.

What really made this book for me though and also held me completely engrossed and even spellbound were the plethora of absolutely fantastic paintings by Jaakko Luukanen which illustrated each section and completely brought the dingy dank iniquity of Victorian Whitechapel to life. These works, undeniably decorative and evocative though they may be, are also a valuable and well researched resource that helps the reader see what those long vanished and altered lonely streets would have looked like at the end of the nineteenth century.

In summary, this is a most excellent book and one that is bound to be VERY warmly received by anyone interested in the Whitechapel murders or, more generally, the history of Victorian London. 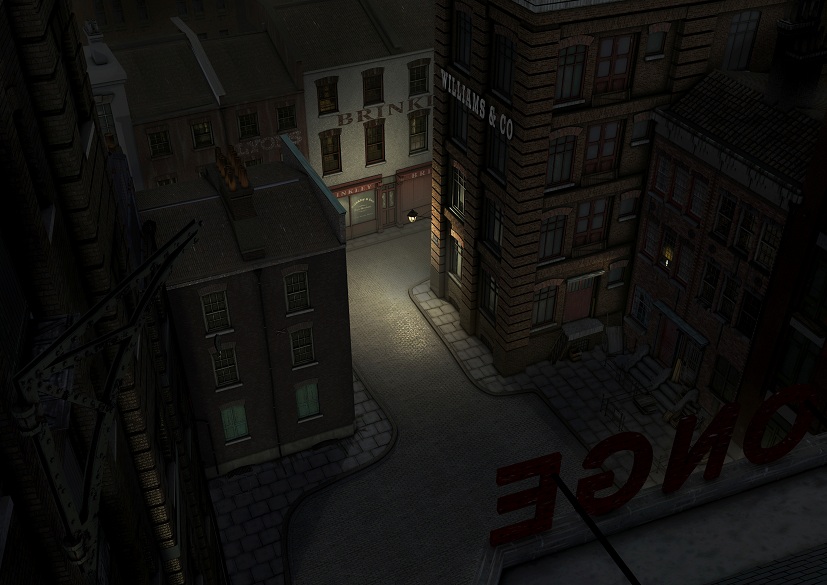 Many thanks to Alexandra Young at Carlton Books for the serendipitous review copy and John Bennett for kindly providing me with pictures for this post so you can all have a look.

A visit to the Conciergerie, Paris.