The London of Jack the Ripper: Then and Now – Robert Clack & Philip Hutchinson

As pretty much anyone who reads this blog on even an irregular basis will already know, I’ve been a committed and occasionally committable Ripperologist for well over twenty years now and recently made the eerie discovery that great x 3 grandfather was in H Division in 1888 and most likely living in the Whitechapel police station on Commercial Street at the time of the murders.

I say eerie but actually it’s not that much of a coincidence really – my interest in Jack the Ripper is down to my grandmother, who raised me. She came from the east end of London and was a scion of one of those sprawling Cockney clans with their gangsters, strange vaudeville songs of interminable pointlessness, rhyming slang, music hall relatives, affection for EELS, insane ADORATION of West Ham football club (when my great grandmother died, the club sent a, hopefully appropriately coloured, wreath to her funeral – do they do that for everyone, I wonder?) and horror stories about the Blitz. As a result, despite being born in Scotland and very far from the bells of St Mary-le-Bow, I’ve pretty much always considered myself to be culturally a Cockney because that’s what I grew up with. When we moved from Scotland to Essex, it felt like we were almost home. Almost but not quite…

I’m only partially joking when I tell people that the Hitcher from The Mighty Boosh is my ideal man.

I should make that my motto.

I will now use this unusually insightful Mighty Boosh quote to clumsily lead on to the main CRUX of this already tiresomely rambling post, while simultaneously saving face by pretending that this is some sort of post modern meta conceit. Or something.

Due to all of the above, I couldn’t resist reading a book about Jack the Ripper’s London – especially as I am currently supposed to be writing a novel set in that time of dank misery and pea souper fogs but don’t get me started on that or I’ll get all angsty and you wouldn’t like that. Being the innovator that I clearly am, I decided to give it a whirl on my Kindle despite it having illustrations, which is something I have hitherto failed to encounter in a Kindle book.

The Ten Bells pub on the corner of Hanbury Street. To be honest, the Ten Bells has undergone quite a transformation in the many years since I first saw it.

To my surprise, the pictures were still clear and easy to look at although I suspect they are somewhat smaller than the printed versions and also in black in white whereas I think some of the printed ones may be in colour?

Whitechapel today – elements of the past and future that actually, to my eyes, look pretty good together. I’m irreverent and love the element of surprise though.

Anyway, mechanics aside, this is a great little book and one that anyone interested in the Ripper murders would find pretty fascinating not least because it doesn’t just cover the so called Canonical Five but also features several other murders that have on occasion been ascribed to the Ripper including Emma Smith, Alice McKenzie, Frances Coles and the Pinchin Street Torso.

While there is a very basic explanation of the crimes and a brief biography of each victim, the real emphasis is on the area itself with fascinating photographs of the crime scenes and places (some rather obscure) associated with the murders as they were in Victorian times and how they appear now.

I was completely enthralled by this but moved too as just as the Ripper murders themselves open an unusually vivid and detailed window into the lives of abandoned women in Victorian times, comparing photographs of the east end as it was in 1888 and how it is now is an eye opening experience when you realise that whole streets have been swept away like so much detritus not just in the aftermath of the Blitz but as the result of urban planning. Saddest of all, I suppose is the demise of Dorset Street, dubbed the ‘Worst Street in London’ and considered so terrible a locale that it was demolished and replaced by well, nothing much at all.

View from the top of White’s Row car park looking down at what used to be Dorset Street and the approximate spot of the entrance to Miller’s Court. Mere moments before taking this photograph I accidentally smacked my car door on a concrete post while opening it and enraged my husband so much that there was almost another murder on that site…

Maybe I’m just annoyed because all of the development in Spitalfields makes it more difficult for me to imagine what it must have been like in 1888 when my ancestor was on his beat or the 1930s when my great grandfather worked at Truman’s on Brick Lane. It’s not all bad though as it is still possible to catch the odd glimpse of the old Whitechapel – just take a stroll down Artillery Lane, Hanbury Street or Gunthorpe Street at night.

In summary therefore, I’d recommend this book not just to those who want to know more about the Ripper murders but also anyone interested in the changing face of London.

The London of Jack the Ripper: Then and Now

The Worst Street in London: Foreword by Peter Ackroyd

— a SUPERB book if you’re interested in the social history of London’s east end and now available for Kindle for £5.93. 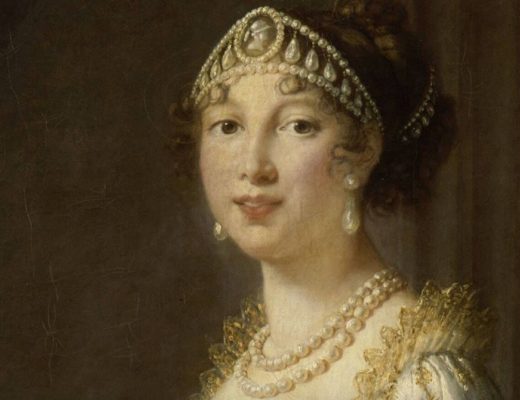