The Ladies of the Trianon

As I MAY possibly have mentioned, my husband and I are off to Paris at some point this summer so I can do some serious research for my books and also take some more photographs for this here blog. It’ll be our third trip together to Paris and I’m really looking forward to it!

We were initially planning to go in early June but then I heard a few weeks ago about the new exhibition at the Grand Trianon and decided to postpone our trip for a few weeks so that I can pay it a visit! ‘Apart from the sovereigns, from queen Maria Theresa of Austria to the empress Eugénie, all the women of the royal and imperial families – mothers, sisters, daughters and granddaughters – will be summoned back: alongside the portrait of the Duchesse de Bourgogne, mother of Louis XV, will be exhibited that of Pauline Borghèse, Napoleon’s sister, or those of Clémentine and Marie, daughters of Louis-Philippe. Also represented will be the royal favourites, such as Madame de Montespan, Madame Pompadour and Madame Du Barry, and the princesses, including Madame Palatine, the incredible sister-in-law of Louis XIV.

These famous women will be joined by less well-known figures, ladies of the royal court or women in the service of the sovereigns, such as Madame de Lamballe, Marie-Antoinette’s personal maid, and Madame Campan, her chambermaid. Thanks to the catalogue of the exhibition with its quotations, all these ladies will once again be attending the festivities, weddings and different events organised in the two small rural palaces of Trianon.

Three centuries of the history of France in which women played a role will be revealed to the visitors, who will be able to appreciate the development of successive fashions and of the art of the portrait, thanks to celebrated paintings signed by Gobert, Rigaud, Nattier, Gérard, Gros and Winterhalter.‘ — Versailles website information.

This sounds utterly delightful! It’ll be nice to see some Gobert portraits as I adore his work and it’s not as well known or appreciated as it ought to be.

The Ladies of the Trianon will be displayed at the Grand Trianon from the 3rd of July until 7th October 2012. Anyone else going?

The day I met Princess Diana 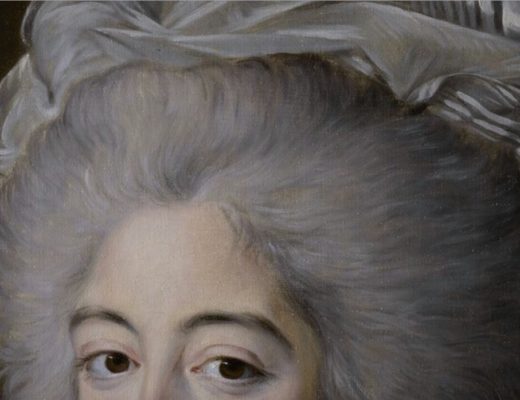 The wedding of Nicholas II and his Alix of Hesse.

My top tips for writers...