The Empress Alexandra Feodorovna of Russia was born on the 6th June 1872 to Grand Duke Louis VI of Hesse and by the Rhine and his wife, Princess Alice, who was the second daughter of Queen Victoria and Prince Albert.

The baby princess was given the name of Alix Viktoria Luise Beatrice. Her first name was a Germanic approximation of her mother’s name and the middle names honoured her formidable grandmother and three of her aunts.

I can see similarities between Alix’s childhood and that of Marie Antoinette, a Queen for whom she was later to have much sympathy (during a later visit to Versailles, the then Empress Alexandra slept in one of Marie Antoinette’s bedchambers and she was to be an avid collector of memorabilia and relics relating to the deceased French queen). Both were doted on by their parents, both came from large families (Alix was the sixth of seven children) both had a sister with whom they were especially close (in Alix’s case this was princess Marie); in the background of both their childhoods there is a powerful female matriach (Alix was a favourite granddaughter of Queen Victoria) and both experienced the loss of siblings in childhood (a haemophiliac brother died after a tumble from a window and princess Marie died at the age of four in the same diptheria bout that killed their mother).

Although Alix’s family nickname was ‘Sunny’, later photographs of her as a child always seem to show her as melancholy with sad wide eyes and a downturned mouth. Of course, you never see anyone precisely dancing jigs of joy in Victorian photography and most photographs of the young Alix seem to show her in mourning for her mother and sister, but even so she was clearly a thoughtful, serious minded girl.

After the death of Princess Alice, Queen Victoria took her motherless Hesse grandchildren under her wing and it seems that little Alix was her especial favourite as she took a great interest in the girl’s education and future well being. This even involved trying to matchmake Alix with her grandson Eddy, the Duke of Clarence who was expected at that time to become King. However, Alix gracefully turned the match down and we are told that Queen Victoria respected her for standing up to her.

Why was pretty princess Alix so determined not to marry her cousin, Eddy? Well, it seems that a few years previously, at the wedding of her sister Elizabeth to Grand Duke Sergei of Russia in St Petersburg in 1884 she had met the young Tsarevich Nicholas, heir to the Russian throne and they had developed a bit of a crush on each other.

Despite the annoyances of geography and also Nicholas’ parents being opposed to the match (despite the fact that his father, Tsar Alexander was Alix’s godfather, they weren’t keen on the prospect of a German bride and wanted him to marry Princess Hélène d’Orléans who, ironically, was madly in love with Alix’s spurned cousin Eddy, the Duke of Clarence) the young Nicholas and Alix eventually got their way and became engaged in April 1894.

It wasn’t exactly a popular match – princess Alix had paid frequent visits to the Russian court over the years as her blooming romance with Nicholas flourished and grew and her shy, quiet manners had not exactly won her fans in the rather brash and flamboyant world of Russian high society. Also, Nicholas’ father had remained opposed to the bitter end and had only changed his mind when his son, madly in love with Alix by this point, informed him that he would never marry and would become a monk if he could not have his heart’s desire.

Nicholas’ father died during their engagement and they were married less than a month later on the 26th of November 1894. It was clearly a love match and the young couple were obviously devoted to each other – Alix may have been shy and diffident with most people, but her love for Nicholas was incredibly passionate and wholehearted. It’s as though the sad girl of the old photographs exploded into life and happiness when she was joined to the love of her life and their letters to each other bear a testament to their mutual adoration, which was so rare for a royal couple at that time.

Like Marie Antoinette before her, I think that Alix was one of those very shy people who blossom when in the company of the people that they truly love and care for but seem aloof, cold and haughty to everyone else. It’s bad enough being like that when one is a private person and able to hide away from the world (as both women eventually contrived to do) but for a Queen and Empress, forced to meet strangers and be smiling and sociable at all times, this must have been painful indeed.

Like Marie Antoinette, Alix was unpopular both in the country as a whole and at her new husband’s court because of her German background and what they saw as her aloof ways, which made it impossible to really get to know her. Their positions demanded that they allow themselves to become public property with every detail of their lives examined and observed but both women were equally determined to resist this – preferring instead to pour their energies into their private lives and children.

I find it particularly sad that both women were actually really keen on charitable work and helping people and were also both frustrated by the luxurious and ceremonial trappings of their lives but nonetheless had (and still have) a reputation for being uncaring to the point of callousness about the ordinary people that they longed to assist and for being in avaricious thrall to the lifestyle that they never felt completely comfortable with.

Sadly and tragically for both, the similarities don’t end there…

Further reading on the Empress Alexandra and her family:

A Lifelong Passion: Nicholas and Alexandra – Their Own Story

The Last Empress: Life and Times of Alexandra Feodorovna, Tsarina of Russia

Ekaterinburg: The Last Days of the Romanovs 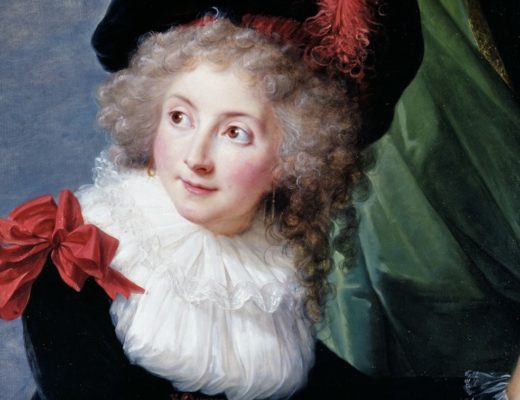