It’s a fabulous tale. Katherine Ferrers, an infant heiress born on the 4th of May 1634 was left alone and without proper advice and support after the deaths of all her family then married off in her early teens to a pimply, vile youth, Thomas Fanshaw who proceeded to mistreat her while rapidly frittering away her fortune.

The marriage was an arranged one – the young couple’s families were neighbours with estates that lay alongside each other and both had diminishing fortunes thanks to their support of the royalist cause during the English Civil War. Furthermore, after the deaths of her father and grandfather, Katherine’s mother had married again to a Simon Fanshaw and the girl and her fortune had probably been seen as an asset to be distributed within the Fanshaw family, which is what duly happened when she was married to Simon’s nephew.

Bored by her husband, depressed by her life and in desperate need of funds, the high spirited girl first started an affair with a local farmer, Ralph Chaplin who was every bit the man that her husband seems not to have been and then, encouraged by him, became a highwaywoman as she combined her need for excitement and adventure with her need for money.

For a while all was well, although not so much for milady’s victims as she turned out to be a ruthless killer who thought nothing of firing at coachmen, guards or passengers should they not hand over their ‘gee-gaws’ as quickly as possible. She and her lover had a fabulous time though as laughing and filled with excitement they rode about the countryside on their steeds, their good looking young faces hidden behind black masks, their guns primed and always ready.

It couldn’t last though and eventually, in the summer of 1660, a robbery went wrong and milady was shot and grievously wounded, while her lover made his escape to be apprehended later on. She made her way back to her house but bled to death at the entrance to the secret staircase of her house, that she had used to slip out undetected at night. Her loyal servants then decided to hush the matter up and she was buried in the family vault at Ware Church, aged just twenty six.

It’s a great story but is it true? Well, no one knows for sure if Katherine Ferrers was really a ‘wicked lady’, let alone a highwaywoman. In fact no one knows for sure that there was even a highwaywoman working in that area at that time, although highway robbery was rife in the latter half of the seventeenth century thanks to the upheaval of the civil war and it seems certain that a robber, said to be a well bred female one, was preying on passengers passing through this area at the time that Katherine Ferrers was said to be plying her dangerous trade.

Something must have happened to link the name of a young noblewoman who died mysteriously and at a tragically young age with the legend of a marauding robber. It’s just that no one is quite sure what that something is. It certainly wasn’t unusual for well bred men and women at that time to take to robbery or smuggling as a way of adding to their dwindling funds so it isn’t totally out of the question that young Mistress Fanshaw also did so – the family estates, once granted by Henry VIII and so proudly maintained were being sold off one by one so clearly money was an issue for her family.

We don’t know anything about her personality so can’t gauge if a life of crime and iniquity would have appealed to young Mistress Fanshaw. Her husband was often away fighting in the wars so she was left to her own devices rather more than she may have liked, but was she so bored and fed up that adultery and mayhem seemed like attractive prospects.

Personally, I think there is a fair chance that Katherine was indeed the ‘Wicked Lady’ of popular imagining but then I have, as we all know, a rather gothic dramatic turn of mind. There is a lot of argument out there that she has been unfairly maligned but at the same time I see no proof that she was NOT a highwaywoman and in fact what I know about the social history of the time, in particular the desperate situation of women left alone at home while their husbands were away fighting leads me to think that there may have been more than a grain of truth in the old tale.

Okay, maybe the farmer lover and the actual extent of her criminal rampage as well as the circumstances of her apparently unhappy marriage may be embellishment but I am going to persist in believing that Katherine Ferrers, faced with the dwindling of her family fortune and desperately afraid and unhappy thanks to the absence of her husband, decided to take matters in her own hands. 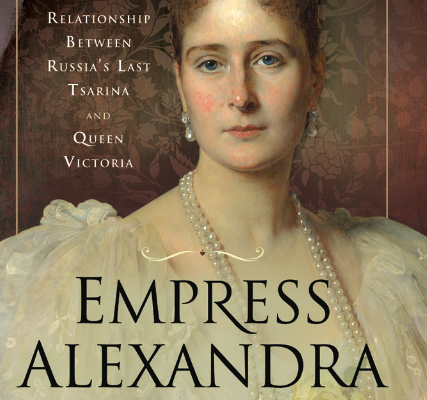