I’ll be honest – I may be a card carrying (okay, the card is imaginary) long time goth, Victorian Prostitute re-enactor and Ripperologist but I’ve always been a bit wary of the whole steampunk thing. I think it’s the excessive amounts of BEIGE that I find a bit offputting – or perhaps it’s the way that steampunkers (is that right?) seem to take themselves so seriously.

‘Steampunk is what happened when goths discovered khaki‘ – someone on Live Journal, circa 2007.

Therefore, the idea of reading a steampunk novel wasn’t really all that appealing as I assumed it would be full of goggles, more BEIGE than anyone under the age of sixty should ever be asked to cope with and a lot of frippery about waxed moustachios and God only knows what else.

Well, I was WRONG as I just finished reading a steampunk book and I BLOODY LOVED IT.

I’d been vaguely drawn to Soulless by Gail Carriger anyway because I really liked the cover and also have a very soft spot for anachronistic bad ass wayward Victorian girls. I’m rather less keen on the paranormal (yes, I know, just what sort of a goth am I?!) but I thought I could handle it in small doses so long as it didn’t get all Twilight.

I can assure you that this is NOTHING like Twilight although there’s plenty of the paranormal here. Soulless opens in dramatic fashion with the heroine, Alexia getting fed up about the lack of food laid on at a fashionable London ball and taking off to the library, where she commits the etiquette FAIL of ordering tea and cakes for herself only to be assailed by a lisping vampire in an embarrassingly outmoded shirt. This would all be AWKWARD enough, only the vampire doesn’t appear to realise that la belle Alexia has no soul, which in this re-imagined and re-ordered Victorian England means that she has the ability to neutralise supernatural powers and render their holders momentarily mortal…

What ensues is a wonderfully amusing romp through Alexia’s London, a world of dirigibles, batshit hats, science, lofty vampires, cake and oddly attractive werewolves. I really loved this completely mad imaginary upside down world where supernaturals and humans live alongside each other; Queen Victoria likes to pay chatty visits to subjects and handsome young fops are capable of creating the latest Parisian hair styles with just a few twists of wire.

I loved it so much that I was sad to leave so it’s pretty lucky that there’s four more books in the series for me to enjoy really! I may even have to buy the graphic novel version as well.

I definitely recommend this one. Okay, I’m not QUITE ready to festoon myself with beige, artfully broken fob watches and goggles but I definitely dig the soulless Alexia Tarabotti. 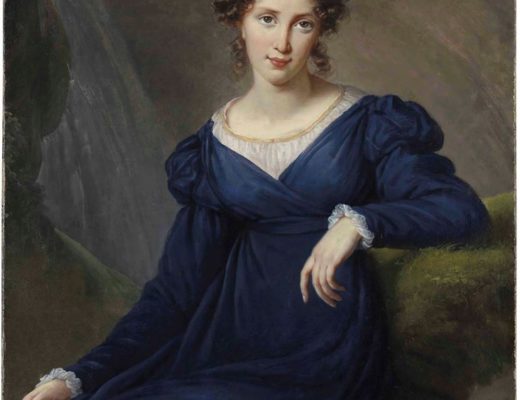