Regular readers of this blog will already know with sinking hearts and rolling eyes that I am more than a bit of a Whitechapel fan girl. I adored the first series (based on the Ripper murders), was slightly less enthusiastic about the second (about the Krays) and am completely head over heels in love with the third (The Ratcliffe Highway Murders and Thames Torso Mystery have been featured so far along with nods to other well known historical crimes).

As I MAY have mentioned before, one of the main reasons for my passionate love is that my own family come from the Whitechapel area and, in fact, pride themselves on being proper Born In Earshot Of Bow Bells Knees Up Mother Brown Cockneys. Or something. I adore it. Whitechapel is probably my favourite place in all the world and I love that my own family history is so interwoven with the area – that my grandfather worked in the Truman Brewery on Brick Lane and with his brothers took part in the Cable Street Riot, while HIS grandfather was in H Division in 1888 and um his son in law CLAIMS to have been involved with a certain pair of quiffed twins but we don’t talk about that.

So, yes, the series makes me super happy because it puts an area that I love under the spotlight and also manages to do so with enormous panache and a certain dark glitz, humour and intelligence that is more reminiscent of Sherlock than The Bill.

I’ve very much adored the third season so far – they’ve upped the creepy supernatural undertones; added lots of sly little funny touches that MUST owe something to the show’s online fandom and also drawn on an impressive array of historical cases to form the basis of the plots. I don’t recall the first two series ever making me laugh but there has been at least one laugh at loud moment as well as one ‘clutch the pearls and hide behind the cushion’ incident in every episode so far, which is pretty good going.

Anyway, here is my list of the Top Five Whitechapel 3 Moments so far, which you can feel free to argue with or add to in the comments…

1. The Flat Of Doom – DS Miles helpfully sets DS Chandler up on a date with a pretty lab technician type and it all seems to be going very well if a bit Sherlock like until he sets foot in her messy tip of a flat. Cue much sinister music and a WILD EYED WITH SHEER TERROR Chandler stumbling out to the bathroom, his trusty Tiger Balm in hand only to be confronted by the sinister horror of her tights drying over the bath.

2. The Foot – It was obvious how this one was going to end. Precise, clean freak Chandler starts rooting around under a piece of corrugated iron for what looks like ‘something’ half buried in the soil. ‘DON’T DO IT!’ a nation cried. ‘YOU’RE LOOKING FOR BODY PARTS, MAN. THIS WON’T END WELL.’ But would he listen? No. He pulled out a severed foot and then rounded on a bemused Miles with a traumatised shriek of ‘I touched that foot. If I don’t wash my hands soon, I’m going to LOSE IT.’ I laughed until I cried.

3. The Pregnancy – This was kind of obvious too, but I loved how Chandler greeted the happy news by turning on his heel and walking into his office, leaving everyone else to celebrate the fact that Miles still seems to be having sex, which is a bit of a terrifying thought all things considered.

4. Kent The Perv – Whitechapel fic is RIFE with tender scenes involving Chandler and the rather sweet faced DC Kent although up to now the assumption that they have some sort of grand passion thing going on seemed to be unfounded. Up to now. The first episode starts with one of the team having his wedding reception in a pub and extorting Chandler to find someone to dance with. Chandler protests that he doesn’t have a partner only for Kent BANG ON CUE to lift his head from the table beside him with PERV scrawled across his forehead. Full marks.

5. The Bizarre Love Triangle – Which leads on to the increasingly pissed off and jealous Kent in the last two episodes when an attractive Laydee DS from some other branch (Greenwich?) temporarily chums up with the team and starts vying for Chandler’s attentions thus leading to sulky faced stand offs with an aggrieved Kent. It all ended well though so that’s okay but it did make me wonder what happens to a fandom when one of its most beloved shippings appears to be at least partially true?Does it implode on itself due to lack of imaginative conjecture or embrace the new development?

One thing though – are they EVER actually going to bring anyone to proper justice? They’ve had three suicides and two murders so far out of five results, which can’t be doing much for their paperwork and DS Chandler’s Tiger Balm habit.

Actually, two things – it’s been embarrassingly easy to guess the murderer so far due to the televisual tendency to hire well known actors to play villains. As soon as you spot a well known face in an apparent bit part, it’s pretty damn obvious that They Dunnit or are about to be spectacularly offed a la Drew Barrymore…

What did you think? What has been your high point so far? 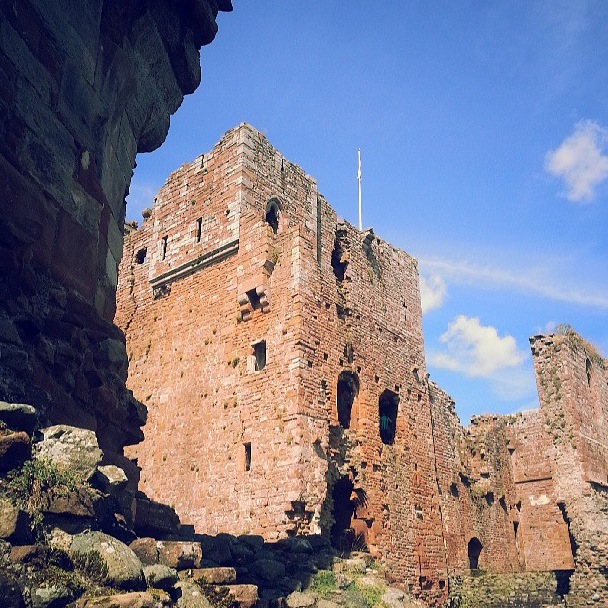