The legend of Beatrice Cenci

Many years ago, I had to spend a week in Rome as part of my degree course. I know, such a TERRIBLE hardship. It was an odd week, really, of churches, tombs and photobombing with the high point being the evening I sat surrounded by the ruins of Tiberius’ palace, reading Suetonius as a purple dusk fell across the ancient stones.

One of our excursions took us to the Palazzo Barberini and it was there that I came face to face with the portrait above. I was immediately intrigued by the sitter’s melancholy yet somewhat jaunty demeanour and determined to find out more. Later on, I would discover that Shelley had seen the exact same portrait in the Palazzo Colonna and had been sufficiently inspired by it to write a poem about the sitter.

‘There is a fixed and pale composure upon the features; she seems sad and stricken down in spirit, yet the despair thus expressed is lightened by the patience of gentleness … The lips have that permanent meaning of imagination and sensibility which her suffering has not repressed … Her eyes, which we are told were remarkable for their vivacity, are swollen with weeping and lustreless, but beautifully tender and serene. In the whole mien there is a simplicity and dignity which, united with her exquisite loveliness and deep sorrow, are inexpressibly pathetic.’ – Shelley.

The portrait allegedly depicts a long dead noblewoman by the name of Beatrice Cenci, who was born in her family’s Palazzo in Rome on the 6th of February in the year 1577. She was dead before the age of twenty three, executed with her step mother and elder brother in front of an immense silent crowd on the Piazza St Angelo in the city of her birth on the 11th of September 1599, while her younger brother was forced to watch. 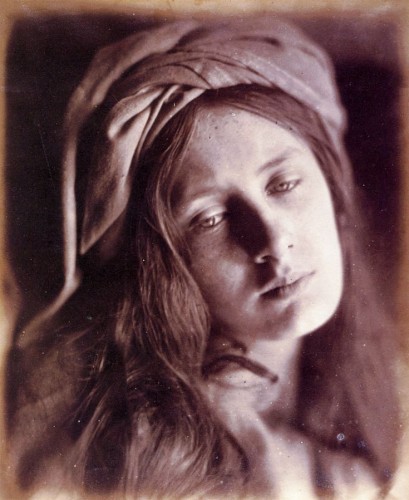 Beatrice was the only daughter of Count Francesco Cenci, a Roman nobleman who was well known for his terrible temper, occasional bouts of violence and general disagreeableness. Unfortunately for his long suffering family, he was as much a tartar at home as he was abroad and we are informed that he beat his wife, Lucrezia and children, forced them to perform humiliating acts like holding his chamber pot while he used it and possibly also sexually abused the young Beatrice, although this particular charge was not mentioned in contemporary reports of the trial so may have been a later embellishment to the tale as a means of underlining just how awful Count Francesco was and making it clear that he deserved his grisly fate.

Everyone in the upper crust Roman circles that the family frequented knew about the miserable home life of the Cenci family but as is all too often the case, eyes were turned away and no one wanted to get involved. Beatrice even appealed to the authorities for assistance but it was made clear that none was forthcoming due to her father’s great wealth and status in the city.

Shortly after Beatrice had tried to report her father, he decided to pack his family off to his country pile – the old castle of La Rocca, which stood on a steep crag above the village of La Petrella del Salto. There has been a suggestion due to studies of a clause in Beatrice’s will that bestowed a very large sum of money (1,000 scudi) on a small boy being raised by a certain Madonna Catarina de Santis, that the true reason for the Cenci family’s exile to the provinces was to conceal the birth of her illegitimate child, but the truth will probably never be known and it’s probable that this is just another embellishment designed to increase the pathos of the tale and also underline the moral degradation that the Cenci family were supposed to have fallen into.

Whatever had taken the family out of Rome, they clearly came to the conclusion that Francesco’s tyranny must be brought to an end and so a plot was hatched to get rid of him. Possibly they would have been safer had they acted alone, but two loyal servants, one of whom, Olimpio Calvetti was allegedly the lover of Beatrice were brought in on the scheme and agreed to do the deed itself.

The murder of Francesco Cenci was carried out in the early hours of the 9th of September 1598. Madonna Lucrezia Cenci had given her husband a sleeping draught the night before but it wore off before the assassins could accomplish their terrible deed and instead of a slumbering, supine victim they were forced to fight their target, holding him down forcefully as they battered his head then, horribly, hammered a metal spike into his skull before throwing him out of the window.

Chaos ensued as Lucrezia broke down into hysterics, while Beatrice is said to have gazed dispassionately out of the window at the crowd of locals who, alerted by the screams and fuss, arrived to rescue the Count’s body, which had fallen almost thirteen feet into the castle’s rubbish tip. Although an attempt had been made to make the murder appear like an accident, it quickly became apparent that this was murder and the Cenci family were promptly arrested and taken back to Rome.

The sensational trial that ensued lasted for a year but the actual hands on murderers were already dead before it had finished. Olimpio managed to escape but was beheaded by one of the terrifying Italian bounty hunters of the period, while his accomplice died during torture, allegedly as a result of the intervention of a Cenci family friend who was determined to silence him in order to ensure that he held his tongue. Despite their aristocratic status, the rest of the Cenci family were also tortured, with the elder boy, Giacomo spilling all the beans as a result while Beatrice, who was revealed by her brother to be the driving force behind the conspiracy, remaining stoically and completely silent. 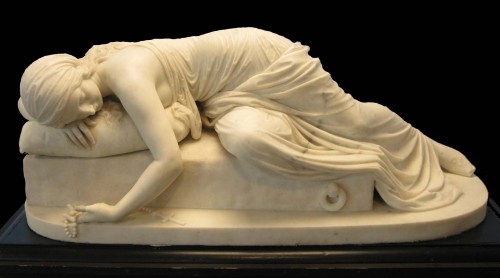 As the awfulness of Count Francesco and the miserable plight of his family were well known, there were loud calls for clemency from the populace of Rome. However, with aristocratic murders becoming something of an embarrassing problem during this period (much to the later glee of the Restoration tragedy writers like Webster), Pope Clement was in no mood to give way and Lucrezia, Beatrice and her elder brother were all duly sentenced to death. The younger Cenci brother, twelve year old Bernardino was spared death but sentenced to watch the executions of his family before being taken away to work as a galley slave for the rest of his days. It has been asserted that the Cenci family’s huge fortune was confiscated by the Pope (and that furthermore, he had cynically agreed to the executions despite the outcry against them with an eye to increasing the already over flowing coffers of his family when actually it’s more likely that he was alarmed by the propensity for familial murders within the Italian aristocracy and wanted to make an example of the Cenci clan) but the existence of a will for Beatrice at least, suggests that may not actually have been the case although it’s likely that a huge fine was paid by Bernardino when he was released from the galleys a year later.

The sentence of beheading was carried out at dawn outside the Castel St Angelo, with Beatrice showing enormous calm and courage on the makeshift scaffold as she passed from life into legend. She, at least, was beheaded by either sword or an early form of guillotine along with her step mother but her elder brother, whose confession under torture had damned them all, was killed much more brutally by having his head smashed with a mallet before his body was quartered. The mortal remains of Beatrice Cenci and her family were displayed in the Piazza St Angelo until nightfall then buried after a torchlit procession in the elegant church of San Pietro in Montorio in Rome, which was fittingly commissioned by Ferdinand and Isabella of Spain to mark what was believed to be the site of the martyrdom of Saint Peter. It is said that her ghost, with head tucked under the arm, continues to visit the site of her execution on its anniversary every year.

It’s not known for certain if the Guido Reni painting in the Palazzo Barberini actually depicts the unfortunate Beatrice Cenci. The identification as such dates from the late 18th century and it is now impossible to trace it any further back. The legend goes that, rather like Charlotte Corday before her own execution on the guillotine in July 1793, Cenci had posed for the portrait before her death, leaving behind a moving, tangible testament to her fate. It’s a nice if somewhat unlikely story that adds to the legend of the pure young Roman maiden so assailed by her awful father that she felt she had no option but to murder him, but whatever the truth of the matter, the portrait and sad story of Beatrice Cenci has inspired writers and artists for centuries and will probably continue to do so…