Sadly, not much is known about Émilie, who was reputed to be one of the most beautiful women in Paris in the early 1790s. She was born Charlotte-Rose-Émilie Davasse de Saint-Amarand on the 18th July 1775 in Paris and although her mother was married to Monsieur de Saint-Amarand (Sainte-Amaranthe was a flouncy affectation) at the time, it is speculated that he was not in fact her father as the beautiful Madame de Sainte-Amaranthe was mistress to several prominent men at the time such as the Prince de Condé and the Vicomte de Pons, who was whispered by many to be Émilie’s father and who was extremely fond of her. She was also to have a son, Louis, who was born in 1777.

Madame de Sainte-Amaranthe was born Jeanne Louise Françoise Desmier d’Archiac de Saint-Simon in 1752 and was a grand daughter of the famous chronicler of Louis XIV’s court, the Duc de Saint-Simon. She was a charming but rather stupid woman who placed too much faith in the influence of her wealthy and noble lovers and admirers. Not much is known about her actual legal husband, a Farmer General who upon losing all of his money as a result of gambling had taken himself off in a bit of a panic to Spain, leaving his wife and two children to fend for themselves.

Jeanne showed great resourcefulness at this difficult time and became very rich as the result of running a lavish salon first at the Hôtel de Jonchères then in her house on the Rue Vivienne and an extremely fashionable gambling club called simply ‘Cinquante’, which was located at number 50 Palais Royal Arcades and funded by an enormously wealthy friend Joseph Aucune, who owned land in Martinique. ‘Cinquante’ was famous for the high class of its clientele, the luxury of the interiors and the excellence of the chef. It is likely that Jeanne also continued as a form of high class courtesan with her young daughter also eventually becoming known as something of a coquette.

The historian Lenôtre described her life in Paris thus: ‘Mme de Sainte-Amaranthe… divided her time between Paris and Sucy-en-Brie, where she owned a country-house. She had a box at the Italiens, a box at the Opera, a box at the Comedie : in her rooms at the Rue Vivienne she daily received ten or twelve persons, never more : they laughed, and talked, and listened to music while they drank tea and ate ices, and sat down to supper at a table that was renowned for its dainty dishes. Like a queen she had her grand lever, and admitted her intimate friends to a sumptuous dressing-room, where they had the honour of seeing her hair dressed. She had a good heart, no arrogance, and considerable wit; and, if one may believe Tilly’s statement, she possessed “the rare talent of making friendship survive love.’

Émilie was famous for her beauty with Lenôtre writing: ‘Sainte-Amaranthe was dazzlingly beautiful : on this point all her contemporaries are agreed : both men and women and this is rare, admit that the charm and attraction of her face were indescribable. “Never,”” says Mme Amandine Roland, “in the course of my long career, have I met so perfect a creature. Her figure was admirable and exquisitely proportioned : she was of medium height, and her bearing and her every attitude combined gentleness and charm with grace and dignity. There was a touch of archness in her smile that made it enchanting, and when it was accompanied by a certain movement of her head one’s emotion was even greater than one’s admiration. Her taste in dress was quite exquisite. She was, adds the Comte de Tilly, “more universally famous for her beauty alone than anyone else in France; she was the most beautiful woman of her day; she was beautiful in every respect; I have never, in any country, seen beauty that could be compared with hers, beauty so absolutely perfect.” The family decamped to Jeanne’s sister, Madame de Bordeaux in Rouen at the time of the prison massacres in Paris and it was there, in September 1792 that Émilie was married to Charles-Marie-Antoine de Sartine, a Marquis and former lawyer who was sixteen years her senior. Émilie was at this time madly in love with the well known singer François Elleviou and her mother had insisted that she not only give him up but also regularise her position by marrying one of her many suitors. She was not enamoured with her new husband but he was kind and loyal and probably the best of a bad bunch.

In Spring 1793, Émilie moved to the beautiful château de Sucy-en-Brie, which her mother had bought with proceeds from her gambling enterprises.

During the Terror, Émilie was linked with the handsome deputy Hérault de Séychelles, who was a cousin of the Duchesse de Polignac and former crush of Marie Antoinette, who had embroidered him a belt, which he still wore proudly even at the height of the Terror. She was also courted by Robespierre and Saint-Just, which led to a legend that one of them had ordered her execution after being spurned. This is probably not true.

What is true is that Émilie, her husband, her mother and her brother were all arrested for having royalist sympathies – something that Madame de Sainte-Amaranthe had never troubled to hide – in fact she was well known for befriending members of the aristocracy and more liberal members of the Convention. They were kept at Sainte-Pélagie, where the influence of Robespierre’s brother Augustin, a close friend (he was probably lover of the elder Madame de Sainte-Amaranthe) of the family, probably kept them from execution for a while. However in time the order came for their trial and they were executed along with would be Robespierre assassin Cécile Renault and her family on the evening of 22 Prairial (17th June) 1794 on a trumped charge of being a party to a plot to murder Robespierre. Émilie was just nineteen, while her brother was sixteen and a half.

Like all other murderers sentenced to death at this time (or would be murderers), the group were dressed in red chemises prompting Émilie to comment to her mother that they looked like cardinals in their robes – ‘Regarde, maman. Est-ce gracieux, tous ces manteaux rouges! Nous avons l’air de cardinaux!’. Madame de Sainte-Amaranthe showed great fear when the time came to prepare for their executions but Émilie and her brother laced arms with her and cried, with what seemed to be genuine joy: ‘Ah! Maman! Nous allons donc mourir avec toi!’

It is said that both Robespierre and Foucquier-Tinville tried their best to save her but she refused their efforts. She, like the Princesse de Monaco, insisted upon cutting her own hair, saying to the guards: ‘I am robbing the executioner, but this is the only legacy I can leave to our friends. They will hear of it, and perhaps some day they will come to claim this souvenir of us. I rely on your honesty to keep it for them.’

Fouquier watched the prisoners from a window that overlooked the yard of the Law Courts and admired the courage shown by Emilie, who had scorned his suggestion that she pretend to be pregnant in order to delay the execution. He is said to have remarked, probably in frustration: ‘Morbleu ! I must see if that jade does not show signs of weakness before the end! I must see her head cut off, if I miss my dinner for it!’

Émilie died with fifty three other people, including her mother, her brother, her supposed father the Vicomte de Pons and her husband. Her death was described by Lenôtre: ‘Mme. de Sainte-Amaranthe, half mad with horror, shrieked aloud, imploring to be allowed to die before her children. The executioners took (her sixteen year old son Louis), and the knife fell again.’

‘His mother swooned, and saw no more. Then Emilie appeared upon the platform; and when the red veil was torn from her shoulders her statuesque beauty was so transcendent that the devotees of the guillotine, who were paid to applaud, were struck dumb with admiration, and stood open-mouthed, with hands arrested. The executioners pushed her roughly upon the blood-drenched machine, and the third stroke fell. Then the inert form of Mme. de Sainte-Amaranthe was dragged upon the scaffold: she was already dead when her head fell. And the heap of headless corpses grew gradually larger, and the scaffold streamed with blood. The scene continued for twenty-eight minutes.’ Following her execution, the women of Paris introduced a new fashion in honour of Émilie, whose death was regarded as an emblem of the pointless destruction by the Revolution of all that was graceful and beautiful – a red scarf called the ‘nemesis’, which was worn thrown across bare shoulders. I think she would have approved. As an aside and to explain this post’s title, before the famous Sleeping Beauty wax work in Madame Tussaud’s was relatively recently ‘identified’ as Madame du Barry, it was said to be of the beautiful Madame de Sainte-Amaranthe, whom Madame Tussaud would have known very well as they were near neighbours at the Palais Royal. This identification continued well into the 20th century as I have an old Madame Tussaud brochure that refers to this waxwork as ‘Madame de Sainte-Amaranthe’ and with some confusion between mother and daughter recounts her tragic story, adding that her family were destroyed by the machinations of Robespierre after he was spurned by her daughter.

‘When Robespierre directed the Revolutionary storm, he became enamoured of her charms, and endeavoured to persuade her to become his mistress; but she, as virtuous as she was beautiful, rejected his solicitations with scorn and indignation. Robespierre, who never wanted a pretext for destroying anyone who had given him offence, brought Madame St. Amaranthe before the Revolutionary Tribunal, and at the age of 22, in all the bloom of youth and loveliness this victim of virtue was hurried into eternity. Of all the monsters who figured in the French Revolution, none have descended to posterity with a name so abhorred as Robespierre. The crimes that he committed were of so horrible a nature, that they have handed down his character to future ages, as the guiltiest of the guilty. Well does he deserve the following epitaph that has been written on him: —”Passenger, lament not his fate, for were he living, thou would’st be dead.‘

We also know that Madame Tussaud’s uncle, Curtius went on to make a waxwork of Madame de Sainte-Amaranthe’s head after execution – modelling the face so that she looked just as beautiful in death as she had done in life…

(Picture of the Sleeping Beauty by the lovely Blastmilk! Hope you don’t mind!) 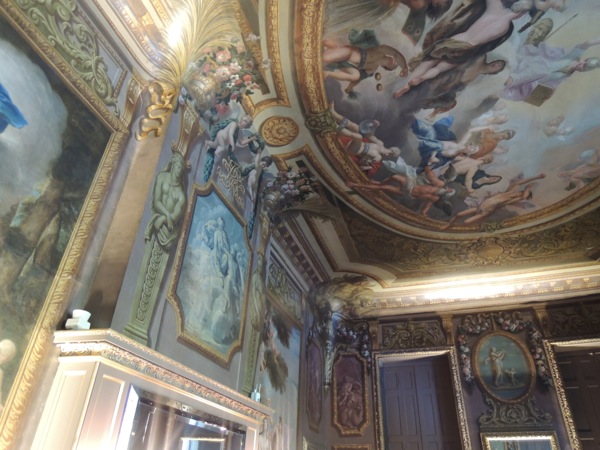 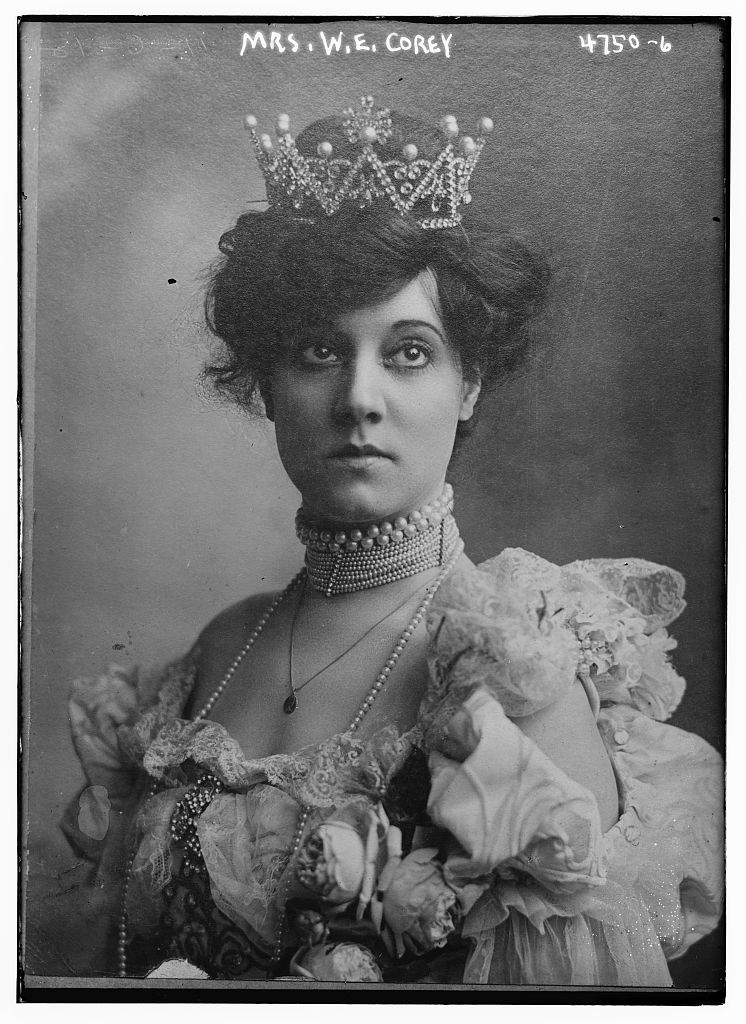