Love in a Cold Climate

In an unusual moment of presentience, I ordered a DVD copy of the 2001 dramatisation of Nancy Mitford’s Love In A Cold Climate before I fell ill, which meant I had the perfect thing to watch while lying in bed feeling sorry for myself.

I can’t believe that I hadn’t already bought this one actually as Love in a Cold Climate and The Pursuit of Love feature VERY highly in my list of favourite books and this adaptation combines both and is very true to the sprightly spirit of the original texts.

From the bizarre start, with Uncle Matthew conducting his annual Child Hunt through the grounds to the tragic ending, this tale of eccentric aristocracy, Keeping One’s End Up and doomed love never fails to hold me completely under its spell as the glorious, witty young things of Mitford’s books, who hide their vulnerability and desperate desire to be loved beneath a brittle veneer of faux sophistication, bumble from one disaster to the next.

Linda Radlett, the beautiful heroine of The Pursuit of Love, is my favourite character and is clearly based on a mixture of Mitford’s own sisters as well as Nancy herself although I think the Mitford Girls would have made mincemeat of her had they ever actually met. Linda is the terrifying but essentially warm hearted Uncle Matthew’s favourite daughter and we follow her progress from excitable debutante to wife of boring Tony whose one romantic gesture was to wade into a pond to rescue a hare. She leaves Tony for the handsome but selfish Christian (whom I rather love but am amazed to find that the actor who played him in this was married to Neve Campbell for a while), whom she joins in Spain where he is doing something or other to do with Communism. Realising that she and Christian aren’t really soul mates, Linda leaves him and finds herself stuck in the Gare de Nord in Paris thanks to an expired train ticket and, true to form, meets the love of her life, a charming French aristocrat, while she sits weeping on her suitcase.

Oh actually, maybe Uncle Matthew is my favourite character? He is based on Nancy’s own father, although by the sounds of things rather softer in personality. His superstitious belief that enemies would die within the year if he wrote their name on a piece of paper and put it into a drawer has often inspired me to do the same. He also gets all the best lines.

I love the icy Montdores as well – Lord Montdore, affable and very much under the thumb of his domineering wife who has the most amazing transformation later in the series after their daughter, the coldly beautiful Polly is disinherited and a distant Canadian cousin, Cedric becomes their heir – only he isn’t the muddy booted uncouth lumberjack that they had imagined him to be. The scene when Cedric arrives at Hampton, their enormous stately home and the stiffly upper class Montdores visibly melt beneath the heatwave of his charm is a joy to watch.

In summary, this is excellent and extremely entertaining. The costumes, cast, script and locations are all perfection and for once you can watch without that uneasy feeling that one is presiding over the butchery of a much loved book. I defy anyone not to find themselves saying ‘BRUSH’ to ‘fix a gay smile upon the face’ before entering rooms after watching this…

Incidentally, it used to be the case that if you searched for an actor on IMDB, they would always ALWAYS have The Bill, Casualty and Midsomer Murders amongst their early oeuvre. These days, however, it seems like they were all in Band of Brothers together…

(Thanks so much to everyone who was so kind when I was ill – I am much improved now although not exactly DAZZLING yet.) 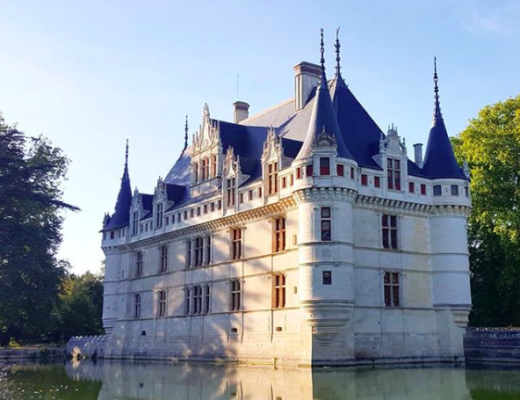 Juliette Has A Gun

I wrote a ghost, and I liked it, the taste of her ectoplasm and old tears...