Several weeks had passed since the dreadful events of the 30th September when both Elizabeth Stride and Catherine Eddowes had met their dismal deaths at the hands of either two separate killers or the same deranged madman. Their murders had not been forgotten but after the first few weeks of fevered terror and speculation, a calm had fallen upon the streets of Whitechapel and people were beginning to go about their lives as normal again.

Since embarking on this series of posts marking the victims of Jack the Ripper, I’ve become more conscious of the passing of time as it must have seemed to the people of 1888 Spitalfields as the days lengthened into weeks and then into a whole month. They must have felt just about able to heave a collective sigh of relief that the ordeal was all over when the morning of the 9th November broke and everything fell apart again.

It was a clear, cold morning and I can imagine Thomas Bowyer, a lackey sent by the well known local landlord McCarthy to collect a rent arrears from a mean lodging in Miller’s Court breathing into his cupped hands to warm them and shielding his eyes against the low winter sun as he hurried along, the wet leaves slipping beneath his boots. It was 10.45 in the morning and the streets would have been buzzing with activity and excitement as the people of the East End, always up for a party, prepared for the Lord Mayor’s Show, which was due to take place later that day.

The young woman who lived in the room owed over six weeks rent, around 27 shillings, and McCarthy, who had been uncharacteristically lenient until now, was determined to collect. It’s not known why McCarthy was willing to let her go for so long without paying rent – the girl, who was known variously as Mary Anne, Mary Jane, Marie Jeanette, Emma or Lizzie depending, presumably, on who asked, was said to be of an attractive appearance with a fresh, clear complexion, thick auburn hair and with a friendly, good natured manner so it may be that her landlord had something of a soft spot for her.

Until quite recently she had not been living alone but her boyfriend, Joe, who had taken the room with her in the first place, had moved out after she had returned to prostitution against his wishes and had started allowing her friends to stay in their home. Joe had not entirely abandoned her though and still continued to visit and probably financially assist her to some degree.

Bowyer would have known all of this as Mary Jane was well known in the Dorset Street area of Whitechapel and was frequently to be seen standing outside the Ten Bells pub beside the ominous, looming Christ Church next door or walking the streets with her friends. The slum landlords of the East End weren’t charities though and the situation couldn’t be left to go on forever, no matter how kindly they felt towards the tenant.

The alleyway that led to Miller’s Court ran off the mean, notorious Dorset Street, which was known to be a local hot bed of crime and iniquity, a place so fearsome that the local police (including my ancestor, PS David Lee!) had to go in pairs when they were forced to go there, so terrifying and volatile were the inhabitants. Bowyer would have been well used to it thanks to his work for McCarthy but it still can’t have been a pleasant vicinity to visit and he would doubtless have hurried along, avoiding eye contact until he reached the archway that led down to Miller’s Court.

Mary Jane Kelly’s residence was number 13: a roughly twelve feet square room, meanly furnished with a pine bed, a couple of tables, some chairs and a wash stand. It wasn’t much but in comparison to many of her peers in Spitalfields, Mary Jane, a woman without proper means of supporting herself, an erratic lifestyle and a liking for gin was living in relative comfort.

Bowyer knocked on the door, then when there was no response, he went around to the windows that overlooked the water pump at the rear of the yard. One of the window panes had been broken for a while and either Mary Jane or Joe had effected a makeshift repair by shoving a piece of cloth into the gap. Bowyer poked this out then pulled aside the thin threadbare curtains, allowing the bright November sunlight to shimmer into the grubby bedsit.

What he saw when the gloom had dissipated enough for him to be able to see inside, must have terrified him and I can imagine him swiftly recoiling then scrubbing his eyes with his fingers before he turned and fled back to McCarthy to tell him that actually, he wouldn’t be getting his rent from Miss Kelly after all, not that day or any other day.

Take a look at this painting, ‘The Ninth of November 1888′ by William Logsdail, which depicts the Lord Mayor’s procession through the streets of London. Despite the glitz and splendour of the procession’s regalia, there is something very gloomy and menacing about this painting with the dark, wet streets, the sombre clothes of the crowd and the foreboding skies above.

It’s almost as though the artist wanted to evoke the fact that at 1.30pm only a few miles away, in a squalid, dank hovel in Whitechapel, the police, who had been loitering fearfully, waiting for both direction and a requested team of bloodhounds in the yard of Miller’s Court since their arrival just after 11am, had just broken into the room of Mary Kelly and were recoiling, their hands over their mouths as they encountered her body, lying splayed in a state of revolting, pitiful mutilation on her bed. While looking at the painting, you can almost sense the panicked, shocked whisper running through the ragged crowd – ‘There’s been another one in Spitalfields. A young Irish girl. She was left in pieces this time…’ while all the while the drums beat out a solemn, funereal rhythm as the Lord Mayor’s procession passes slowly by…

RIP Mary or whoever you were. Since 1988, I have had a vigil of sorts every year on the night of the 8th/9th November in the memory of you and your fellow victims and will never forget any of you. 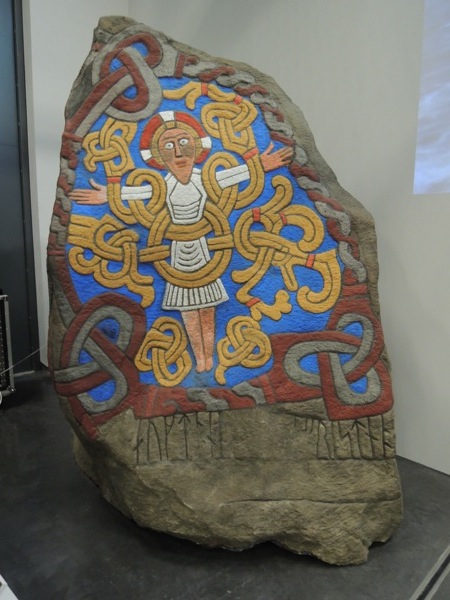