I’m rereading the most marvellous book at the moment. Oh dear, that sentence sounded very Grand Dame didn’t it? I expect you are all imagining me now – reclining in my peach marabou negligée on a pink brocade and gilt chaise longue, eating violet cremes out of a box with an enormous pink silk bow and petting a cluster of sulky faced pugs as I dictate this post to my long suffering secretary. Well, I’m not one to burst bubbles (although have you ever noticed how people who start sentences with ‘I don’t want to burst your bubble’ always seem to take the most extreme glee in doing so – FUN SPOILERS that they are) but I am in fact perched on an Ikea sofa and watching Upstairs, Downstairs as I type this nonsense into my MacBook with my own fair hands.

Anyway, back to the point, the CRUX if you will of this blog post. I am, my dears, reading the most MARVELLOUS book. What’s that you say, Agnes? No, I will not stop letting the pugs drop violet fondant on my negligée. One can always send off to Paris for another.

Anyway, this book is great. It’s As Shadows Haunting by Dinah Lampitt, which is a time slip ‘ghost’ novel set in London. No, no don’t run away! I don’t usually like this sort of thing to be honest – the works of Barbara Erskine and Diana Gabaldon have never really appealed to me all that much but this book is, I think particularly good.

Dinah Lampitt is of course the author of Pour The Dark Wine which is a great novel set at the Tudor court, which I am particularly fond of as it doesn’t portray Jane Seymour (boo! hiss!) as a simpering little miss. In As Shadows Haunting, however Lampitt writes about the much later court of George II and III as seen through the eyes of the beauteous Lady Sarah Lennox (yes, she of The Aristocrats by Stella Tillyard) who is the dashing and strong willed heroine of the Georgian part of the book.

The heroine of the ‘modern’ (I say ‘modern’ but this book was published in 1994, which is when I first read it so oh woe, it’s not really modern at all – oh crikey, you know you’re Getting On A Bit when years that you remember very well are not modern any more. I was quite woebegone when a drama set in the year I was born was described as a ‘costume drama’) part of the book is a musician called Sidonie (one of my favourite names – if there had ever been a Miss Guillotine-Towers, she was to be called Eliza Sidonie) who plays old instruments to immense acclaim in large London venues.

We are often told about Sidonie’s ‘fox coloured’ hair, green eyes and pale face so I imagine her looking a bit like Tori Amos, which means that I imagine her hot doctor love interest as looking a bit like a cross between Nick Cave and Trent Reznor. This is possibly not what was intended. He is very Irish though, so he is, to be sure. No, I’m not mocking Irish people, that’s just how he talks in the book.

Look, I’m not really selling this to you am I? Anyway, Sidonie buys a flat with a garden door that leads onto the grounds of the now ruined Holland House, where Lady Sarah had once lived while it was in its glory days with her sister, Lady Caroline Fox and her rambunctious husband and offspring. It doesn’t take long for Sidonie to find herself making visits to Sarah’s world, where the other girl is swiftly falling in love with the new young king George to the consternation of his advisors while all the while she is troubled by the apparently spectral visions of a lovely young woman with red hair who stands and watches her from the edge of her world…

Anyway, if you like time slippy type books and especially those with bits set in Georgian London then you’ll probably love this one. It’s a massively entertaining read and, like The Children of Green Knowe which is keeps recalling to mind for various reasons, makes perfect winter reading. 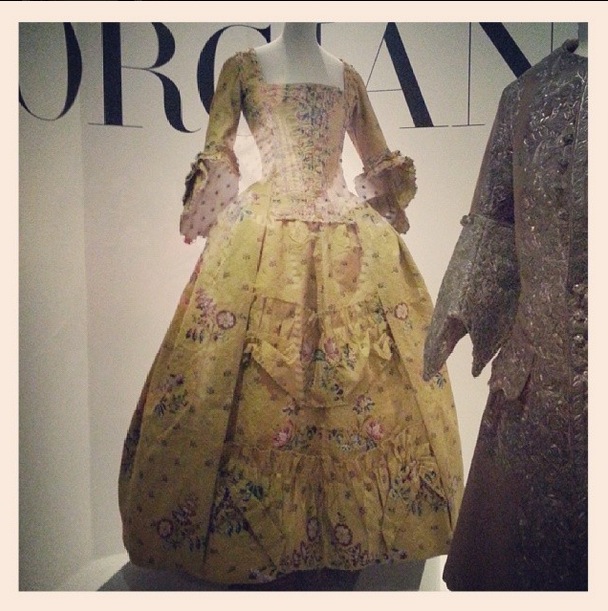