Earlier this year, I wrote a rather well received post about the process of publishing a book with Kindle and thought that as some time has passed since then, it might be a good idea to update it now with a few thoughts about how I feel about the Kindle process now that I’m a few months into the whole thing. Do I still think it is amazing? Have I learned anything? How about some tips on What Not To Do?

Well, it’s probably of no surprise to learn that I am still highly enamoured with Kindle publishing and am now determined to only publish e-books from now on. Not just because the actual number of sales blows those of physical books out of the water but also because the costs to both myself and, most importantly, the reader are comparatively negligible. I’m really shocked by how much some authors sell their self published books for – it’s not something that I blame them for as I’ve published a book with Lulu in the past and know that you often have to price books quite high to make any sort of return on them. It’s still a bit offputting though – I myself rarely buy self published books, not because I think they’ll be rubbish (quite the reverse in fact), but because they are simply too expensive.

As I said, I know it isn’t the writer’s fault but if there is any way that you can bring the price down then you should – unless you are very protective of your work and ONLY want to sell it to friends and family, that is. There’s nothing wrong with that, of course but if you want to reach a wider audience then pricing is very important.

I’ve been playing around with the price of my Kindle book as some of you may have noticed – it started off cheap as chips then went up in price when a bit of feedback and research revealed to me that a lot of US readers (who make up the vast majority of my market) are actually suspicious of books that are too cheap because they equate cheap with rubbish. However when I did this my sales on the UK Amazon site slowed down to an almost standstill – I wouldn’t really like to say why but I think that we have an expectation that books should be cheap now thanks to supermarkets, Amazon and the Waterstones 3 for 2.

I too found myself wandering aimlessly around a branch of Waterstones the other week, clutching two 3 for 2 books to my bosom while fruitlessly hunting for a third. Now, there was another book that I really wanted but as it wasn’t in the 3 for 2, I’m ashamed to say that I decided not to buy it and instead supplement the two books that I wanted a little bit less with some vapid chick lit that I didn’t want at all. Where’s the sense in that? Yet, I expect this is a depressingly familiar scenario to many British book buyers…

Needless to say, the price has now come down again and sales have immediately begun to pick up both in the US and the UK so that’s okay. I haven’t quite finished tinkering around though but my advice to Kindle newbies is to price as low as you can while still clinging on to that precious 70% revenue. Don’t be scared to change it every so often though – it can take a while to find your comfortable pricing point.

As I said though, the vast majority of my sales are on the Amazon US site – in fact I sell ten times as many books there as I do on the UK one. This is a trend that many book sellers have noticed and is probably down to density of population as well as a far greater popularity of Kindle and e-books. I’ve also been told that books set in France are generally pretty poorly received in the UK, whereas US readers really like them – I don’t know how true this is though! However, I also know that well over half of my blog’s considerable readership is in the US so shouldn’t really be surprised that my books are following the same trend.

The eagle eyed among you will have noticed that I’ve changed the cover a few times as well – the thing about Kindle is that it helps to have a really good and eye catching cover for your work. I’ve already got plans for Before the Storm‘s cover, which should be absolutely gorgeous. In fact I’m thinking as much about the cover as I am about the book. It’s got to be perfect, you see. If no one knows who you are then you’ve got to use everything in your arsenal to lure them in. Bwahaha. In my arsenal, I have um this blog, its Facebook page, my Twitter account, pink hair and er a certain winsomeness of manner. That’s what I tell myself anyway.

Now, as I said a few posts ago, I find myself cringing at the marketing that some other self published writers do in order to shift books. This is probably me being an idiot though. However, the thing that mostly has me shaking my head in dismay is using social media like Twitter to only promote a book. For God’s sake, chat a bit about other things – it just seems a bit, well, rude otherwise. Even JK Rowling can’t get away with only ever tweeting ‘Buy my book #buymybook’ and nothing else and nor can you. This is not rocket science. The fact is that people are more likely to buy your book if they feel like they know or at least connect with you on some level. Luckily I really like chatting to people if they aren’t standing in front of me so I find this bit a doddle…

Also, one other thing, I have noticed a couple of people do lately – if you are the sort of Luddite who thinks Kindle is utterly dreadful and just for churning out iniquitous rubbish that the writer doesn’t care about but will nonetheless lead to the demise of the printed book for heaven’s sake don’t say so because you then automatically lose the good will of Kindle writers like myself who might otherwise have thrown themselves with gusto into helping you promote your precious opus.

You are now a writer, my son and you HAVE to think about what you are saying because let’s face it, people are looking for excuse NOT to buy your work – especially if you’ve priced it more than the average trade paperback. It’s tiresome, I know to have to think about publicity and your public image but nonetheless that’s how it rolls…

I’m going to be much better prepared when I publicise my next two books – there will be press releases, blog tours, giveaways, launches and general fuss. I don’t expect to be a publishing sensation or anything but I’m coming to see that this is something that deserves to be done properly and with all attendant bells and fandango. Hell, my blog is coming up to half a million page views in the next month so I ought to be able to shift a few books, right? Well you’d think so anyway…

Overall though, my experience of Kindle has been pretty good. If it’s something you want to do then I would read as much as possible about it beforehand, make sure you have an amazing cover, description and author central page about yourself all ready to roll and don’t be scared to play around with things until you get it exactly right. Emotionally blackmailing people into leaving reviews (have YOU left a review yet? I’d love you forever if you did!) and tagging your book helps a lot too – as does getting bloggy friends on board to review you or do interviews!

Above all though, have fun. You may not be the next purveyor of a sparkly vampire blockbuster but you will more than likely carve out your own little niche in the book world and, more thrillingly, it means you get to search for your own name on Amazon. At some point you might even get a Wikipedia page – cor blimey, the sky really is the limit!

If you want to have a squiz at how my book’s page currently looks then have a look here on Amazon US and here on Amazon UK. I ditched the ever so charming picture of me brandishing a bloody knife at the Whitechapel premiere in favour of something a bit more Lady Authoress like. What do you think? 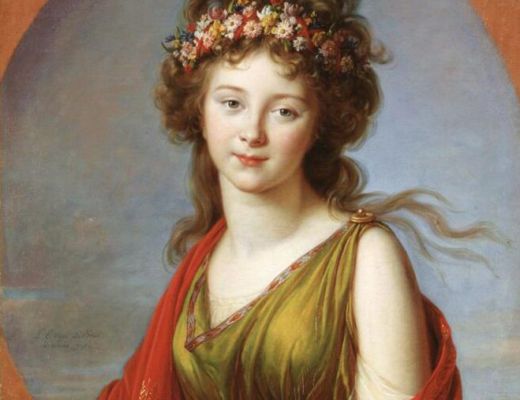