Continuing with the Royal Wedding theme, here’s a lovely guest post by Elsie from The Babylon Lane Tales blog about the wedding of Charles and Diana in 1981…

The news of the impending royal wedding has taken me back 30 years to the last big royal wedding (sorry Fergie, I don’t count yours).  I was five and living in Northern Ireland.  My mum was completely caught up with Shy-Di hysteria.

“Do I look like her? Have I got my hair right?  Look at this photo of her and look at me, are we the same? Is the ruffle on my pie-collar shirt just perfect?…” To which I would nod sagely in awe, loving having a mum who looked like a fairytale princess. My mum even had her own handsome prince in dashing cavalry uniform.

I remember flashes of the 1981 wedding: memories of wearing a yellow and red crepe paper dress (do kids still wear costumes of crepe and staples?), of trestle tables with red and white table cloths, of bunting strung down the street, Lady Di fancy dress competitions and general merriment.  A whole community pulled together to celebrate a national event, usual political differences forgotten for the day.  No mean feat on a 1981 Antrim estate populated by British Army families and Northern Irish catholics and protestants.

We liked early years Lady Di in our household.  Early-Di even influenced the purchase of my first proper velvet party dress from Lewis in Leeds.  “No, no, no, I don’t want pink or red or green.  I want BLACK, like Lady Di”.  So black it was, obviously not the heaving-bosom-dress and jewels, but the closest I could get at six with a peter pan collar, red ribbon and mille-feuille of petticoats.

I fell out of love with the Diana myth towards the end.  This is likely because I had grown up and the fairytale was shattered both by my teenage disdain and the revelations of an unhappy marriage.  I also didn’t like the very public displays of neuroses and manipulations that were used to bring down traditions that I like so much.  I don’t often think about this, probably because I’m not proud of my irrational admiration of stiff-upper-lipped traditions.  Saying that, hindsight doesn’t lessen my memory of the excitement of 1981.

My political affiliations shouldn’t make me much of a royalist, but clearly I am.  I do think that birth entitlement to so much wealth and privilege is unfair, but I like tradition and I’m proud of our nation’s melting pot heritage.  The royal family are an intrinsic part of this and at a cost apparently of 62p per person per year, I think they’re worth it.  You’ll have to excuse me, I’m a child of the British Army, I went to a church boarding school and I’ve been a very British-expat abroad.  I’m pretty much institutionalised.  These are the reasons I cry at hymns, marching soldiers, village-fetes, brass bands, bag pipes, the way we adopt new cultural influences… You name it, if it is instrically and romantically linked to any (new or old) institution, tradition or way of life in the UK then I like it.

So I’m excited about next year’s royal wedding: the pomp, the ceremony and the nostalgia.  My daughter is the same age I was in 1981 and she’s going to love what is the closest we get to a real life fairytale.  A queen, a few princes, a princess in a flowing frock, golden carriages, marching soldiers and a palace-like cathedral. A nation that will join together with bunting, street parties and even the distant wiff of an extra bank holiday.  Ok, I’m romanticising but I like all this stuff: Trooping of the Colour, Remembrance Sunday, mounted cavalry officers on the Mall, and the grandness of our London buildings. A royal wedding pulls the best of it all together.  I suppose it boils down to me being proud to be British and I know I’m not allowed to say that these days, but I am proud of where I live.

The similarities to the 1981 event are not lost on me: Tories in power, riots on the streets, a biting recession, the same ring (shhhuddder). Does this mean that they are destined to repeat the same tragi-comic patterns as other married Windsors? Who knows.  Do I think there are lessons to be learned from Charles and Di: lessons of privacy, duty over self and the fallibility of modern day fairy tales? Probably. Do I care? Not really.

I’m off to polish my bunting, get involved in local events, oooh and ahhh at the dress with my daughter, cry at marching soldiers and watch in awe as London’s historic buildings shine under the sparkle of a national event.  I’m going to recreate the 1981 fairytale for my daughter so that she holds the same vivid memories in 30 years.  Unlike my mum’s succesful Lady Di imitation, I’m going to find it difficult to pull off Kate, but I can definitely do Camilla.  Pass the flag, fags and gin…

Read more from Elsie at The Babylon Lane Tales

I’m planning to have a series of blog posts about different royal weddings in the run up to That Event in April and have many more gorgeous guest posts from amazing bloggers lined up. If you fancy writing about your own favourite royal wedding for my blog let me know! It can be from any time and any country. 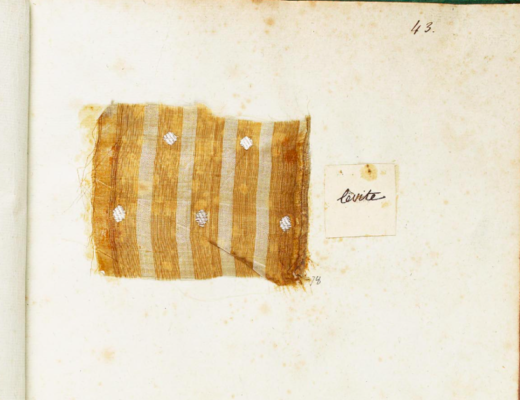