Not the most popular lady, Catherine de’ Medici, thanks to her probably not being the nicest of people and getting a really bad press in her lifetime. She’s usually depicted as cruel, venal, an indifferent mother to her daughters, a callous and horrible mother in law to Mary of Scotland, almost incestuously close to her sons, a vision of sallow skinned evil, hard faced and severe and dressed in black robes as she dispassionately surveys the dead of St Bartholomew’s Day, as her ladies in waiting, giggle behind their fans in her wake.

I remember visiting the chateau at Blois as a young girl and being shown the little secret cupboards in the richly painted room beside her former bedroom. According to legend they were used to store the highly potent Italian poisons that she liked to use to eliminate her enemies such as the Queen of Navarre, but in actual fact she probably just used them to store equally potent Italian perfumes and her fabulous collection of jewels, which included enormous pearl drop earrings and fabulous diamonds, emeralds and rubies which she had brought with her to France as part of her fantastic and enormous trousseau.

She does appear to have been extremely ruthless by anyone’s standards but as Henri IV, who succeeded her son Henri III, the last of her trio of Valois Kings, said: ‘I ask you, what could a woman do, left by the death of her husband with five little children on her arms, and two families of France who were thinking of grasping the crown—our own and the Guises? Was she not compelled to play strange parts to deceive first one and then the other, in order to guard, as she did, her sons, who successively reigned through the wise conduct of that shrewd woman? I am surprised that she never did worse.’

I actually feel sorry for Catherine. She was orphaned at just a few weeks old, taken hostage then publicly humiliated during the Italian Wars and then finally married off to the Duc d’Orléans, Henri of France, a boy of the same age who was more interested in his older, more experienced mistresses than his young bride.

Poor Catherine, her wedding was a splendid affair that took place in Marseille on the 28th October 1533. The fourteen year old bride was enormously wealthy, rather shy and apparently keen to hide her lack of height with the use of new fangled high heels that had been specially made for her in Florence, thus setting a fashion that would linger for centuries.

The little bride with her super fashionable shoes, was described by an onlooker as ‘small and slender, with fair hair, thin and not pretty in face, but with the eyes peculiar to all the Medici’. Those large dark bulging eyes that could both sparkle with amusement and flash with fury.

Catherine was immediately smitten with her new husband, a tall melancholic youth with a wandering eye, but he was rather less impressed although he did his duty that night with aplomb as his father, Francois I, who was present, noted. Poor Catherine. Bad enough to have to sleep with a total stranger, albeit one you have just been married to, but to have your ageing roué of a father in law perched at the end of the bed all the while? Oh dear.

The marriage, unsurprsingly, was not a success: Henri was in thrall to his mistress Diane de Poitiers (who apparently died from an overdose of gold in her special beauty potions – how decadent is that?!) and it was to be ten years before Catherine was to have the child that she so desperately craved. It must have been an anxious time for the young Duchesse d’Orléans, much like that experienced by Marie Antoinette two centuries later – a foreign princess from a country that France regarded as the enemy, her rival a rapacious mistress and to top it all off, no sign of the heir that would secure her position at court.

Catherine’s position was even worse though as thanks to the untimely demise of her uncle, Pope Clement VII, her enormous dowry was left unpaid so she was penniless as well as seemingly barren. When her husband’s elder brother died of a cold and he became Dauphin, matters became all the more pressing and it was suggested that he should divorce his Italian bride and marry again to someone with more money who could provide him, and France, with an heir.

Catherine retaliated by turning to the bizarre remedies of wise women such as coating herself with cow dung, drinking mule’s urine and other such horrors. However, something seems to have done the trick and she had her first child, a boy, later Francois II on the 20th January 1544.

Poor Catherine was pretty unlucky when it came to weddings – her own was a bit of a disaster and then she went on to lose her husband, who she loved to the point of obsession, after a horrible jousting accident at the wedding celebrations for their daughter, Princesse Élisabeth and Philip II of Spain.

The wedding of her youngest daughter, Princesse Marguerite to Henry of Navarre in August 1572 was even more notoriously unlucky as the celebrations were interrupted by the St Bartholomew’s Day Massacre in which several thousand French protestants lost their lives. Catherine is usually seen as the chief instigator of the massacre, but it’s more likely that the Guise faction at court were behind it, taking advantage of Catherine’s son Charles IX’s weakness. I think that Catherine almost certainly knew of plans to eliminate the Huguenot leaders but the plot itself and the command to carry it out, were not hers and I doubt she concieved of the scale of the killing once it had begun. Probably none of them did.

Catherine was eventually to die on the 5th of January 1589, at the age of sixty nine. RIP Catherine, you may not have been perfect but I don’t think you were nearly so bad as you’ve been painted. More sinned against than sinner, I would say. Like a lot of the misjudged ladies of history. Possibly it might have been better for her reputation if she had stepped meekly aside and withdrawn to a convent when her husband died, allowing the Guise relatives of her daughter in law, Mary Stuart to take over but Catherine was made of sterner stuff, she was a Medici after all and so she took them all on, prolonging the reign of the sickly, weakened Valois family by many years but at what cost? 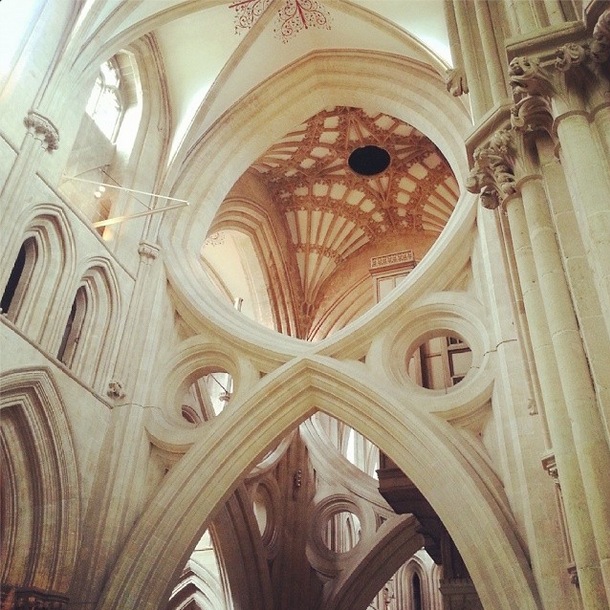