The Ripper murders of 1888 were not the first time that the populace of the East End had been scared out their wits and the area had been discussed in hushed tones throughout the country. The crimes of the murderer known as Jack the Ripper are considered quintessentially Victorian nowadays thanks to their gin scented, gas lit ambience and the sinister shadow of the top hatted and opera cloaked murderer slinking through the shadows.

It seems weird therefore to reflect that an equally horrifying murder case had occured in what could be considered the altogether more charming London of 1811, which in the popular imagination belongs to Jane Austen, Georgette Heyer, Beau Brummell and Quality Street.

But so it was. At 11.50pm on the evening of the 7th December 1811, linen shop owner Timothy Marr, who was just twenty four years old had just come to the end of a long and busy day at his premises at 29 Ratcliffe Highway and, his thoughts turning to supper, decided to send his family’s servant girl, Margaret Jewell out in search of oysters, which were presumably a favourite snack of both Timothy and his young wife, Celia who had given birth just three months earlier to their son, also called Timothy.

Margaret set out into the darkness with her basket, only to find that the oyster shop was closed, upon which she went back home to see her master working in his office. She then decided to head out again to pay off an outstanding bill at the local bakery, only to be thwarted a second time when this establishment was also shut for the night. Daunted, Margaret then went back to Marr’s shop, only to find all the windows dark and herself locked out. Confused, the girl repeatedly rang the bell, only for it to be apparently ignored despite hearing footsteps and, once, the baby’s cry inside.

It was about twenty minutes past midnight by this time and poor bewildered Margaret continued to hammer at and kick the door and ring the bell, without any response for another forty minutes or so until George Olney, the local nightwatchman came along. They had a discussion about what to do and he decided to hammer on the door also until finally the next door neighbour, John Murray came down and informed them that he’d heard some strange noises come from the shop at around midnight, but had not been concerned enough to investigate further.

By now, the trio were entirely alarmed and Murray decided to try and enter the house through the back door, which proved to still be open. He wandered through the house and eventually came across the body of Thomas Marr’s young shop boy, James Gowan, his head completely battered while close by lay the corpse of Celia Marr in a pool of blood, her head also smashed in. Murray panicked at this point and ran to open the front door of the shop, outside which a small crowd had gathered. ‘Murder! Murder!’ he yelled out into the street as people began to enter the house.

It did not take them long to discover the body of Timothy Marr, dead like the others in the shop but the worst discovery was made shortly afterwards when a cry of ‘Where is the baby?’ went up and the child was found lying dead in his cradle, his throat deeply slashed and his head also battered in a cruel and horrible act of violence.

Charles Horton of the Thames Police, which were based at Wapping was called out to the scene and began his investigation by looking around the house, where the bodies still lay as they had been found. It must have been a horrible task, but despite the confusion of the moment, the darkness, the inevitable disturbance of the scene and the lack of proper forensics, he was able to discern various important points: that the blade that had cut the baby’s throat was absent, that the murder weapon was most probably a shipwright’s hammer that was discovered covered in blood and matted hair, that a considerable sum of money in cash was in the house but had been left undisturbed and that there were two sets of bloody footprints leading away from the back door of the house.

The horrifying and seemingly senseless murder of an innocent family on Ratcliffe Highway was to send ripples of horror and fear throughout the capital. Attacks and murder were every day life in London, particularly in the East End but this was different – this case not only involved a perfectly ordinary and respectable family, not to mention an innocent baby but it had also occured indoors and that was enough to send everyone into a panic. Everyone could cope with the notion that roaming the streets late at night wasn’t the wisest thing to do and you were courting the possibility of a smack to the head and an opportunistic mugging, however, the possibility that you could be butchered in your own home? No.

The investigation continued for the next fortnight and gradually fear and speculation began to simmer down until a night watch man walking past the King’s Arms taverns on New Gravel Lane encountered a young man, John Turner, who turned out to be lodger at the tavern, hanging half naked out of a window and attempting to make his escape down some sheets that he had knotted together.

‘There’s been a murder!’ he shouted down to the night watchman, whose heart must surely have sunk when he heard this. They entered the tavern through the hatch that led down to cellar and quickly discovered the bodies of the publican, John Williamson, his wife Elizabeth and their maid servant, Bridget – all of whom had had their heads battered in the same manner as the victims on Radcliffe Highway and then their throats cut. The only survivor was the unfortunate Turner and also the teenaged granddaughter of the Williamson couple, Kitty Stillwell, who had managed to sleep through the entire attack and had, for some reason, not been discovered by the culprits.

At this point, panic reached fever pitch and a serious investigation was instigated, with many arrests being made. The government also offered a large reward for the apprehension of the murderer and speculation was rife as to who was responsible and why and if there were to be more murders.

It seemed as though the case was solved when on the 21st December, a seaman called John Williams, who was lodging at the Pear Tree pub in Wapping, was arrested on suspicion of committing the murders after an anonymous contact had supplied the police with information about him. It was said that he and Marr had been shipmates at some point, had fallen out and that he had harboured a murderous grudge against him ever since.

There was other alleged evidence against the unfortunate Williams – he had been seen drinking at the Kings Arms just before the murder of the Williamsons and he was also said to be of a bad character. In a period that didn’t have the same exacting and scientific processes as we have now, for someone to be considered of ‘bad character’ was considered evidence enough of possible wrong doing.

Williams was therefore arrested and taken to Coldbath Fields Prison and it was decided that on the 27th December he should be brought out to face the magistrates and be cross examined about the murders. However, when the day came, he hanged himself in his cell.

Even though the chief suspect in the case had thwarted them, it was decided that the trial should go ahead and it was decided that Williams must surely be guilty with his suicide rather than facing them all presumably being taken as the greatest indication of all of his guilt. However, the case against him was flimsy indeed and it is almost certain that he was not guilty of the murders.

However, at the time, his guilt was absolutely accepted and it was decided that although he had committed suicide, the people of the district were not to be cheated of a spectacle of guilt and punishment. Therefore, the rather morbid decision was made that his corpse should be paraded through the streets of the area so that all of the London could see that he was dead and that justice, of sorts, had been served.

Therefore, on New Year’s Eve 1811, a vast crowd gathered in Wapping and Shadwell, lining the route that the grisly procession was due to take. It’s estimated that around ten thousand people came out that day to watch the corpse of John Williams, exposed to all their eyes as he lay on his back on a piece of wood, being pulled slowly past. In a mark of respect to the victims of his believed crimes, the ghastly cortege paused for ten minutes outside each murder scene before moving on. Eventually the procession came to an end at the crossroads of Cable Street and Cannon Street, where a grave had already been dug for the dead sea man. As befitted a suicide, the body was dragged down from its cart and a stake driven through the heart before it was buried in an upright kneeling position into its grave, only a few yards away from the final resting places of the murder victims in the church yard of the imposing white Hawksmoor church, St George in the East.

The body of John Williams remained there, undisturbed and mostly forgotten beneath the feet of Londoners and an ever changing city until finally it was dug up again in 1886, when a gas main was placed on the spot. The landlord of the nearby Crown and Dolphin pub helped himself to the skull, which was then kept behind the bar. 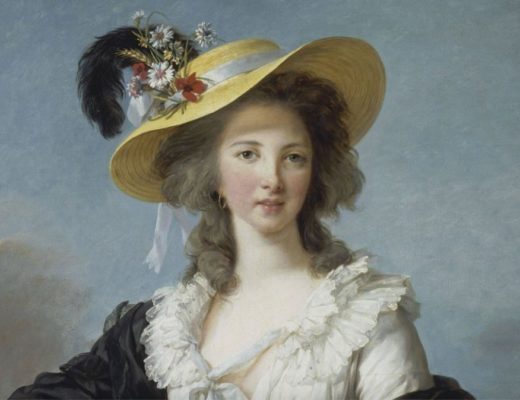