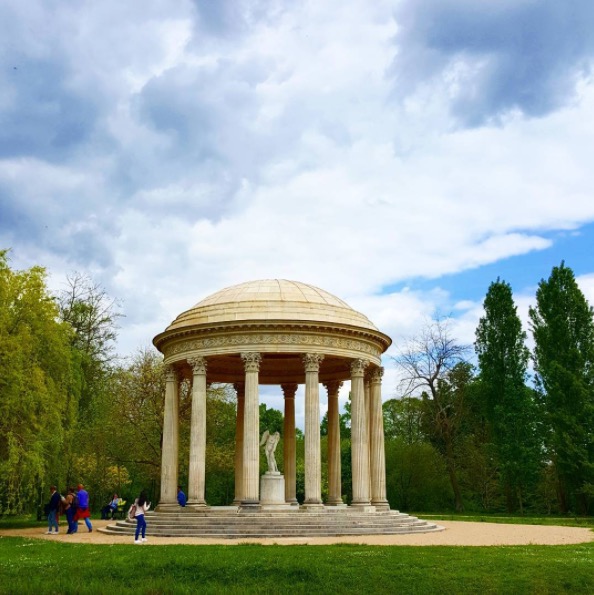 Yolande Marie Gabrielle de Polastron, Duchesse de Polignac is the epitome of the French aristocrat at Versailles before the Revolution. She was the adored favourite of Marie Antoinette and, in contrast to the undoubtedly virtuous Princesse de Lamballe, was known to have had at least one lover so she was hardly on a par with a Merteuil for example, but still hardly a vision of virtue either.

Although not a regular beauty, the Duchesse de Polignac had a freshness and prettiness about her that was immensely attractive and captivated all who encountered her. It was she who encouraged Marie Antoinette to spend time at the Petit Trianon and engage in charmingly bucolic activities in the farm there.

I have written before about seeing this portrait at Waddesdon Manor in Buckinghamshire and how profoundly it affected me to have it there before me. I stood in front of it for a long time, committing it to memory.

The charming Duchesse hated life at Versailles just as much as Marie Antoinette did but at the same time was not adverse to accepting favours and money for herself and her large and rather rapacious family. More charitable biographers have commented that she was simply too soft hearted to ever be unable to turn down a request for help but a more cynical age might well be forgiven for thinking that perhaps La Belle Polignac was not quite so artless and full of dislike for pomp as she tried to appear.

Marie Antoinette began to tire of Madame de Polignac in the last years at Versailles and there are mentions of quarrels and awkwardness between the two women. She may well have sunk from view altogether if the Revolution had not broken out in 1789, causing the ever unpopular Polignac family to instantly flee France and seek refuge elsewhere.

The unfortunate Madame de Polignac was never to return to France and died shortly after Marie Antoinette on the 9th December 1793 at the age of 44 of an unknown terminal disease. There is something fitting about the fact that she died in Vienna, where Marie Antoinette was born and which she had left in 1770 never to see again.