I have wanted to see Stephen Frears’ film Chéri for ages, seduced by its charming romp of a trailer and the evocative fin de siècle publicity photos of an ethereally beautiful Michelle Pfeiffer looking exquisite in sugared almond hued Art Nouveau interiors.

I managed to watch it last night and, as I wrote on Twitter, it took only a few minutes for me to realise that Chéri had joined the ranks of my all time favourite films. I absolutely adored the beautiful costumes, the sumptuous sets and the languidly gorgeous aesthetic. It wasn’t all good – there was remarkably little heart to the film, considering that it was so frothily, gloriously romantic, but overall it was simply wonderful and really engaging.

Michelle Pfeiffer, who I have always adored, was fabulous as beautiful ageing courtesan Léa, living in a gorgeous house in Paris and contemplating the end of what was clearly a glorious career being wooed and won by men of influence, wealth and power. Everything about her was exquisite and yet sad at the same time. Throughout the film she is lit by the most flattering, peachy light and we see her as her young lover, Chéri must surely see her – a warm, vibrant, beautious woman. However, at the end, when their affair is over and they prepare to part, ironically having finally come to realise just how much they mean to each other, the lighting becomes cold and harsh and we see her as she really is, still beautiful but now showing some of her age. It’s as though some of her inner radiance has gone out now that Chéri is gone from her.

Her lover, Chéri (real name Fred, which is much less romantic, don’t you think?) is played by an emo haired, pallid Rupert Friend, who looks at times as if he has wandered in by accident from the Twilight set and been forced to act against his will, so petulant is his demeanor. His character is supposed to be in his late teens/early twenties, which I felt he didn’t really manage to convey, despite the Gerard Way hair. He looked lovely though and you could see why Léa was so besotted with him and then moved to such despair when he gets married and tries to leave her.

Not much has been said about Felicity Jones as Edmée, Chéri’s eventual wife, the virginal and rather up tight daughter of another courtesan. I thought she did a marvellous job providing a foil to Pfeiffer’s radiant Léa – especially later in the film as Léa’s light began to fade.

Weirdly, the last part of this film really made me cry, which was a bit unexpected. I’ve never been in anything like the same situation (my husband is somewhat my junior, but I am not a glamorous ex courtesan and we’ve never been separated by cruel fate) but there was something about the plight of both Léa and Chéri, despite their flaws, that reminded me of the bittersweet pain of being left alone. Like Léa, I have gone to bed at night knowing that the person I love is elsewhere with someone else and like Chéri, I have closed a door behind me on a chilly morning and walked away down an empty city street, knowing that I will never return again. It really moved me. Break ups happen in so many films but never before have I felt so personally affected by one. It was very odd.

In summary, a beautiful, sumptuous film that conveys the exquisite, brittle glamour of a vanished era and the city of Paris at its most gorgeous. The trailer gives the impression that this is a comedy, but it really isn’t – the best way I could describe it is Merchant Ivory with a bitter dash of Dangerous Liaisons. In fact if you are watching closely at the very beginning, you will notice that the photo of the ‘young Léa’ is in fact Michelle Pfeiffer as Madame de Tourvel. 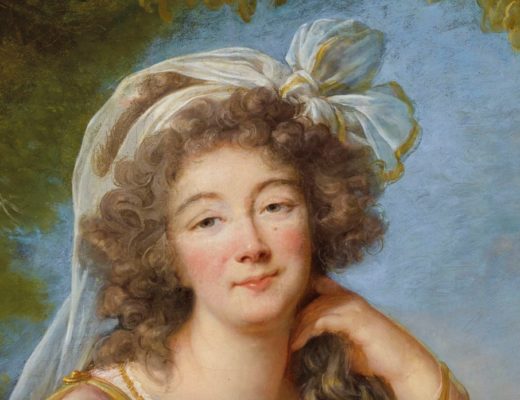 The secret world of the online crush

Hello, person with a crush on Russell Crowe!