The Empress Eugènie was fascinated by her unfortunate predecessor, Marie Antoinette and in 1854 commissioned Winterhalter to paint this portrait of herself  dressed up as Marie Antoinette in what she and Worth fondly believed to be an approximation of eighteenth century fashion, even powdering her own beautiful dark hair white to add to the Rococo effect.

It is Eugènie that we have to thank for a general resurgence in interest in Marie Antoinette. She was also an avid collector of paintings, furniture and any items connected to the tragic Queen, all of which are now to be seen at Versailles, the Louvre and Fontainebleau and she oversaw the restoration of the Petit Trianon to its former glory, filling it with its original furniture and memorabilia.

Much is made of Eugènie’s fascination with Marie Antoinette and also that of the equally unfortunate Tsarina Alexandra, who also collected items connected with the guillotined French Queen. I don’t believe that either women saw Marie Antoinette’s fate as a warning or a foreshadowing of the upheaval that would face them in the future, but I do believe that they responded, as do so many women (including myself), to different facets of Marie Antoinette’s legend.

Eugènie, I think, really related to Marie Antoinette’s love of fashion, her reputedly extravagant lifestyle and her liking for surrounding herself with beautiful things whereas I think that Alexandra, who was so shy, felt so cut off and alienated in the midst of the intriguing, splendid Russian court and who longed for a simple, down to earth, ordinary family life related to the informal side of Marie Antoinette, who would always feel at odds with the court at Versailles. 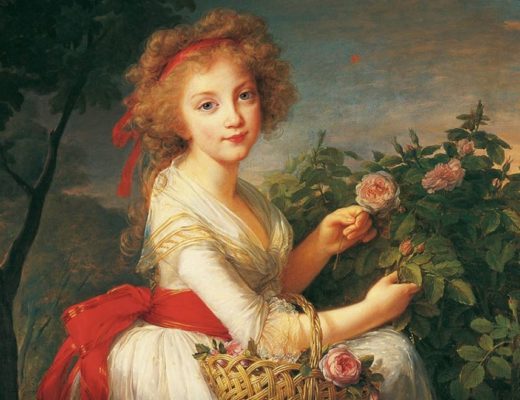 Maria Cristina of Naples and Sicily