We went to Falmouth in Cornwall on Thursday afternoon for a wedding, which was rather fun. Felix wasn’t too well but perked up a bit after a sleep in the car! We ended up getting a bit lost in the Cornish countryside in the middle of the night, which was a bit alarming but found our holiday cottage in the end! Naturally, we were thrilled to discover that it contained a sauna, hot tub, jacuzzi and psychotic shower!

Dave and Felix before the ceremony. It was a lovely wedding – Dave’s father was getting married to his girlfriend, who looked lovely in a rather Grecian styled ivory dress. The boys were quite well behaved during the wedding itself, although I think Oscar found it all a bit tedious.

After the ceremony, we all hung about inside, which was a bit uncomfortable as the hotel had their heating on full blast! Weddings are a great opportunity to watch the British and their total weirdness and eccentricity. We were very amused by lots of things but especially the girl who turned up to the wedding in a floaty lilac bridesmaid dress, despite there being no actual bridesmaids. There’s usually one at every wedding and in fact I was that girl at the very first wedding that I ever attended!

Apparently when my cousin got married, my grandmother desperately wanted me to be a bridesmaid but they weren’t keen because they had already chosen bridesmaids, I had red hair and, also, they didn’t really know me. I didn’t want to be a bridesmaid anyway (she typed stroppily) as although I love flouncy dresses, I am also horrifically shy!  Anyway, nothing more was said until she made me a dress for the wedding, which turned out to be exactly the same as the bridesmaid’s dresses, only in a different colour.

Felix was very bored by the whole thing, unsurprisingly. He has his new Doctor Who sonic screwdriver tucked into his jacket.

The reception was nice, although we got into the room last and so had trouble finding somewhere to sit! There weren’t any name cards on the tables so although Dave’s brother and sister sat with his father, new step mother, grandmother and aunts and uncles, he had to sit at a table at the back with the bride’s mother. It was a bit weird.

The speeches were a bit awkward too. Well, mainly Dave’s dad’s – he provoked uproar amongst my friends at our wedding after ignoring our request for no speeches (I don’t really have a family so didn’t have anyone to ramble on fondly about me) and standing up to give a rambling speech all about how marvellous Dave is that managed to completely avoid mentioning me AT ALL. NOT EVEN ONCE. Anyway, moving on…

Oscar put away three mini quiches, which was to prove our undoing in the end, but more of that later! We thought Felix might perk up a bit when the cupcakes arrived, but alas not.

Anyway, it was all lovely until I went to pick Oscar up out of his high chair and realised that he had done something terrible in his nappy and it was all over his back and then consequently all over my dress and cardigan as well before I realised what had happened. This necessitated a rush to find somewhere to change and clean up and I ended up having to exit the venue wearing my sky high heels, extra red lipstick and one of Dave’s T shirts.

Here we are in the car, giggling about what had just happened! There’s no point freaking out about these things when you have children, or you would go mad!

We thought that we might have to leave altogether but then I decided that the best plan was to buy a new dress and then go back again! I sent Dave into shop to buy me a dress, while I waited in the car and worried about what he would come back with but he did me proud with a black flouncy frock!

We got back just in time for a proper Cornish cream tea, which the boys absolutely adored! Especially Oscar, whose enormous appetite was much admired by everyone!

Felix was quite grumpy though and so it was soon time to go home.

And once again, not even a cupcake could perk him up!

Had a nice quiet night, which involved jacuzzis, finishing the book about Pauline Borghese (review coming tomorrow) and plenty of sleep! I love going to Cornwall – I love the weird place names, the fields full of daffodils and the pretty houses.

Anyway, coming up this week: some book reviews, a couple of art history posts and much excitement about the fact that it is only four weeks until we go to Paris! FOUR WEEKS. 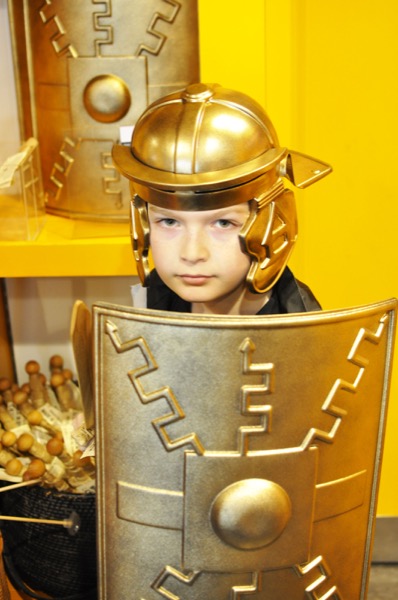 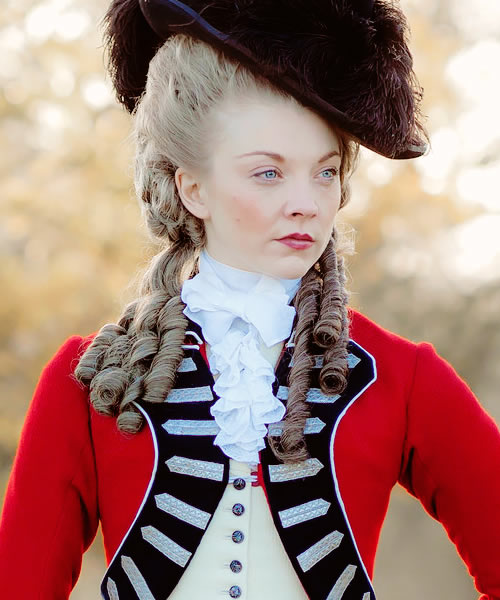