Madame Élisabeth – the early days of the Revolution.

Madame Élisabeth’s life continued in its usual calm and orderly way throughout the 1780s, with an emphasis on good works and and simple country pleasures. There were touches of tragedy also with the deaths of her niece Sophie-Béatrix on the 19th June 1787 and then the Dauphin Louis-Joseph on the 4th June 1789, both of which devastated her brother and his wife.

No one could have predicted what terrible further sorrows awaited the French royal family although rumblings of discord and change had been heard for several years, reaching a peak when the Bastille fell to the populace of Paris in July 1789.

Change was in the air but life at Versailles carried on much as it had always done with the inhabitants doing their best to ignore what was happening outside their privileged bubble. The wife of a labourer who had been assisted by Madame Élisabeth requested a private interview at the end of September 1789 and told her that the people of Paris suspected the King of plotting to escape with his family to Metz and were planning to prevent this. Alarmed, Élisabeth immediately went to tell Marie Antoinette, who refused to believe that it was anything more than rumour and exaggeration.

On the 5th October 1789, Élisabeth was at Montreuil when then news arrived that an immense crowd of women were marching on Versailles. She left her house immediately and returned to the palace to be at the side of her brother and sister in law. The royal family gathered together, unable to escape the shouts of the mob that had gathered in the courtyard below them but assured that it would be impossible for them to actually get inside.

Margaret Trouncer – ‘It was a wet and windy night. The doors of the château were all guarded. Suddenly, towards two o’ clock in the morning, the storm became a violent hurricane. The wind shook the château as if it would uproot it. At three o’clock, Élisabeth went to her suite in the south wing and fell into bed. She slept until half past seven, when she was woken by her maid saying breathlessly: ‘Madame, the King is sending a detachment of grenadiers to fetch you. The Queen’s bodyguard has been attacked, some of the men were killed defending the Queen: she had to flee for her life down the secret passage to the King’s suite.’

‘The princess was so greatly upset to think of the dangers threatening her sister-in-law, that she ran through the blood splattered rooms, without even noticing the bodies of the guards. When she reached the Queen she was shaking in every limb.’

Always thinking of others above herself, Élisabeth sent back orders that her rooms be immediately opened and used for the care of the wounded and she herself went back to bathe and bandage their wounds until the news came that escape was no longer an option and the royal family were to accompany the mob back to Paris.

Margaret Trouncer – ‘The whole place was in disorder, and the maids seemed to have lost their heads. Élisabeth turned everyone out of her bedroom and locked the door for a moment. She went to the window and gazed out – for the last time. The rain had cleared and it was a glorious autumn day. The wind had stripped the elm avenues, and dead leaves lay in sodden heaps on the paths. She glanced to the left, towards the Satory woods, where she had hunted so often. Then down at the pink marble steps of the cent marches, leading to the Orangery. A sudden pang went through her. Was this farewell?’

The royal family clambered into the King’s enormous travelling berline with Élisabeth seated beside the doors, where she got a good view of the shouting, jeering Versailles populace, who owed so much to the royal family. She was to write afterwards to a friend: ‘But the people of Versailles, Monsieur, have you ever seen such frightful ingratitude?’

The journey from Versailles to Paris usually took just an hour and a half, especially at the spanking fast pace that Élisabeth loved to travel at but on this occasion it took eight hideous hours. There was a bittersweet moment for Élisabeth as they passed by the gates of her lovely home at Montreuil.

‘Are you admiring your house?’ her brother Louis XVI  asked with a brave attempt at a smile.

‘No, Sire, I am saying goodbye,’ Élisabeth replied. She was never to see it again.

The berline arrived at the Tuileries in Paris at half past ten at night. The royal family were filthy, exhausted and thoroughly demoralised after several hours of uncomfortable travel and continual shouted insults from the feral mob that surrounded them the whole way from Versailles.

Margaret Trouncer – ‘Monsieur Lenotre gives a fascinating account of the preparations at the Tuileries at that date. On October the 6th, Mique, the architect and inspector of the château, appeared all of a sudden, looking demented. We must imagine the whole place as it was then. The Place du Carrousel, which is now so spacious and well balanced, and from which we can see Cleopatra’s Needle in the perspective of the Arc de Triomphe, was, in those days, a hotch-potch of private houses, barracks, huts, stables, (all so ill planned and huddled together that the Queen lost her way there on the night of the attempted escape to Varennes). The grille which we see nowadays dividing the Tuileries gardens from the Rue de Rivoli was then a high wall. The pavement of the Rue de Rivoli was a large grassy alley for horses. Where we now see the arcades of the shops, there were the boundary walls of the gardens of the Rue Saint Honoré. That street – Saint Honoré – contained three vast convents, and many orchards. The palace of the Tuileries was divided into three pavilions, with high roofs. Pavilions de l’Horloge, de Flore, de Marsan. The Pavilion de Flore, destined for Madame Élisabeth, overlooked the wall of the terrace near the Seine.

‘The chateau, which had not been occupied by a reigning monarch since the minority of Louis XV, had become a kind of ‘grace and favour’ lodging where the inhabitants did pretty well what they liked. This historic place was invaded by an undisciplined, turbulent crowd. Lenotre tells us that the King’s pensioners were nobles, artists and actors. They set about getting their own way, with a blend of patience and ruse; they made staircases, they turned drawing rooms into kitchens, they pierced walls to get some daylight, they cut tall rooms horizontally into two storeys, they threw up partitions. Even so, they never had enough corridors, and often had to cross each other’s kitchens. The place swarmed with hetorogeneous and squabbling humans. It was icy cold in winter and very hot in summer. The chapel was so dilapidated that the priest said Mass in fear and trembling.’

‘Mique gave a quick look round, collected his underlings and then dispatched them from one set of rooms to another, to tell the tenants that they must be out by nightfall. There were cries, screams, imprecations, prayers, recriminations, hysterics, calls for indemnities for their expenses but Mique was adamant. An army of porters fell upon the place like a cloud of locusts, moving the furniture out. At the same time, a second cloud of carpenters came in to tear down the partitions, painters rushed in with their paint brushes, and interior decorators tried in vain to hang curtains. The bedlam was indescribable. At seven o’clock at night, the dignitaries of the King’s household went around all the doors chalking up various hieroglyphics.’

Despite these preparations, the rooms at the Tuileries were unpleasantly badly furnished and also damp. Élisabeth did not last long in her rooms on the ground floor after a group of fishwives climbed in through the windows and terrified her while she was at breakfast. The fact that they only wanted to praise her beauty and goodness was besides the point – after the events in October, she was now totally suspicious and afraid of the French people.

After a while, Parisian society adjusted and although the royal family were state prisoners, life carried on almost as normal with a court of sorts being formed at the Tuileries. In some ways the change of pace was good for the family as they saw more of each other and had more time to themselves, although guards were ever present. Finally and ironically,  Louis XVI, Marie Antoinette and Élisabeth had the low key, simple family life that they had always craved.

Marie Antoinette and Élisabeth spent many hours together, working at embroidery, reading and chatting about life just as they had always done. Touchingly, Élisabeth kept up with the news about Montreuil, where work carried on just as it had always done.

In private, Élisabeth enjoyed reading, having had over one hundred books sent to the Pavilion de Flore from her personal library. Her books included ‘the works of Cicero, Seneca, Horace and Plutarch. Treatise on Friendship by M. de Sacy. Gibbon’s ‘Decline and Fall’. Sacy’s Bible in 31 volumes. St Augustine’s ‘Confessions’. The bishop of Saint-Malo on the Holy Angels. Treatise on True and Solid Piety by St François de Sales. Fénélon on the Existence of God. Fénélon on the Education of Girls. The Spirit of St Teresa, culled from her writings. Mascaron’s funeral sermons. Mezenguy’s Lives of the Saints…’

She loved walking in all weathers in the still beautiful Tuileries gardens, as well as playing draughts with her niece and nephew and billiards with her brother, the King. Another favourite pastime was painting, which she did while seated at a window overlooking the Seine, writing to her friend, the Marquise de Bombelles: ‘This amuses, occupies and distracts me, and I assure you that one needs all that.’ Rather sadly, she was most fond of painting nature scenes, which must have reminded her of all that she was now missing.

However, life was not entirely untroubled. The royal family were troubled with the insults and impudent behaviour of not just the common people but also their own guards. Comte Ferrand wrote about Élisabeth that: ‘Nearly every afternoon, during her stay at the Tuileries,  she went to the chapel. To get there she had to cross the guard rooms. Their remarks, their jokes, their sarcasms, often interspersed with impudence and impiety, did not stop her. Their spite increased when they saw she was indifferent to their derision; but their audacity was forced to lower its eyes before her. She seemed to vanquish them, less by the pride of her glance than by the influence of her virtue.’

Secret of the Sands – Sara Sheridan 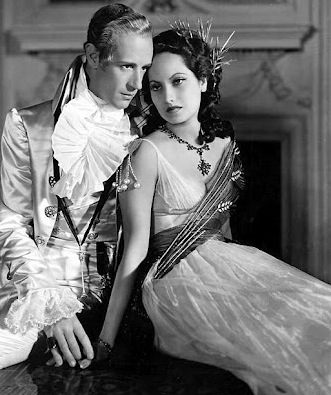 Madame Élisabeth - the beginning of the end...