As a mother myself, I find myself drawn to portraits of women with their children and find them both charming and also absolutely fascinating as a record of the changing attitudes of society towards the family and the role of children in the world.

I adore this work, by an unknown French artist (possibly Mosnier or François-André Vincent, the husband of Adélaïde Labille-Guiard) in around 1796 although the precarious positioning of the sleepy looking small child on a balcony is somewhat heartstopping. It seems to have been in the possession of the De Boissard family for quite some time so may well depict a family connection or ancestress.

I could look for hours at the painted draperies, the way that the mauve tassels of Madame’s cashmere shawl drop over the child’s muslin dress and the silky softness of the ribbon in her hair. I find family portraits of this era truly fascinating because of the way that they marry the intimacy of parenthood with the almost Roman austerity of French Revolutionary art. One should almost certainly stifle the other but instead the starkness of style only serves to reinforce the bond between the sitters and puts it at centre stage without any distractions – rendering the image both touching and true.

This work, in contrast owes much to the influence of the great David and is a painting of Madame Philippe Desbassayns de Richemont (Jeanne Eglé Mourgue, 1778–1855) and Her Son, Eugène (1800–1859) by Marie-Guillelmine Benoist. In fact during its history, it has been attributed several times to David, which is understandable although I think that there is a softness and detailing here that is markedly missing from his portraits from this period. I think it is likely that he had a hand in the  work but that the majority was painted by Mademoiselle Benoist. 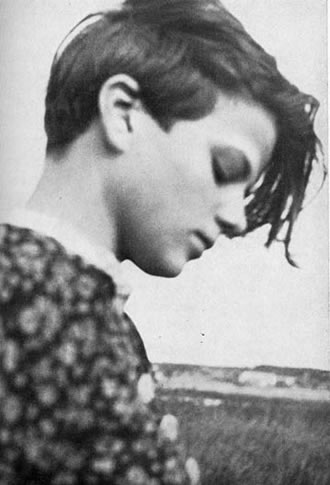