I’ve already posted about the Queen’s boudoir at Fontainebleau so let’s have a look at a few other parts of the palace.

Doorway leading to the tribune gallery above the chapel. The rich carving was completed in around 1640.

Exquisite panelling in what used to be the King’s bedchamber, which is now on display as the throne room. It is typical of the very flamboyant style of the 1750s. Beautiful gilded and painted plasterwork in the Renaissance part of the palace. The theatre. It looks a lot like the one at Versailles but was actually built in 1854 by Hector Lefuel for Napoleon III and Empress Eugenie.

The private bedchamber of the Empress Josephine, which was decorated in 1808.

The Queen’s bedroom, which was used by Marie Antoinette, Josephine and later, the Empress Eugenie. The ballroom, which was designed by Niccolo dell’Abbate in 1552.

A beautiful console table ordered by Napoleon, topped with a bust of his son, the King of Rome. Ceiling of the council chamber. It looks like a Renaissance piece of work but actually dates to 1751. The paintings are by Boucher.

A salon decorated by the Empress Eugenie in the Chinese style.

Entrance to the kitchen courtyard, 1609.

Ceiling of the Trinity Chapel. 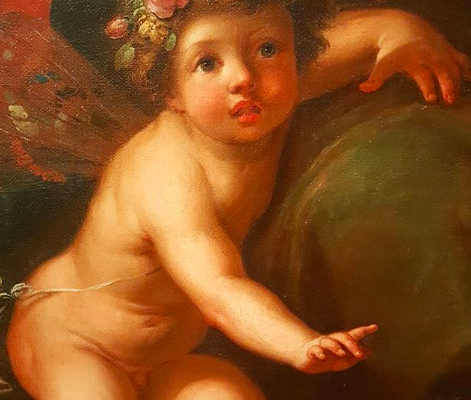