One of my all time favourite historical novels is Through a Glass Darkly by Karleen Koen, which tells the story of the aristocratic beauty Barbara, her chaotic and wonderful family and her immense love for the charismatic, handsome and much older Roger.

It is an amazing sweeping epic that vividly brings to life the early years of the eighteenth century, a period that is often sadly neglected by writers despite the richness and drama of the material on offer. Barbara’s story encompasses the ongoing regeneration of London after the Great Fire, the early years of the Hanoverian dynasty, the South Sea bubble and the wonderfully dissolute court of the Régent Philippe d’Orléans in Paris.

The story is almost but not quite stolen by the deliciously wicked character of Louise-Anne de Bourbon, Mademoiselle de Charolais, a granddaughter of Louis XIV who acts as the heroine’s nemesis in the chapters set in Paris. Her character is so over the top and so dissolute that you would be forgiven for thinking that she can’t possibly have really existed but actually, she did. Louise-Anne was the daughter of the Duc and Duchesse de Bourbon, who was herself a daughter of Louis XIV and Athénaïs de Montespan. Louise-Anne was impudent, petulant and scheming and was known for having several lovers as well as for resolutely remaining unmarried despite various pretenders to her hand.

In Through A Glass Darkly she is entangled with the Duc de Richelieu and this is true to the facts as she and the Duc were involved for many years, including the period of his imprisonment in the Bastille. Her cousin, Charlotte Aglaé d’Orléans, Mademoiselle de Valois (depicted below) was also a mistress of the rakish Duc and the two girls would row quite viciously about him, presumably to the amusement of the court. The years are rarely kind to women like Louise-Anne and in her later years she turned to political scheming as a means of retaining influence when her looks began to fade. She is known to have been very friendly with her young cousin, Louis XV and it was rumoured that she had been a short term mistress of his while at the same time setting him up with temporary girlfriends from the lower classes.

Louise-Anne died on the 8th April 1758 in Paris, at the beautiful Hôtel de Rothelin-Charolais, at the age of sixty-two. She was buried in the Carmelite Convent of the Faubourg Saint-Jacques.

The sad tale of why Ville from HIM hates me… 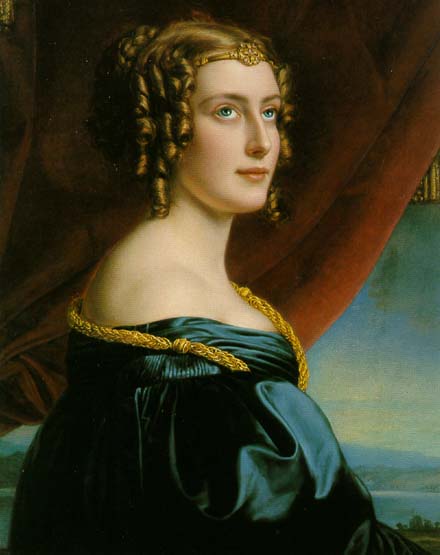