I was quite excited to come across this new book about the female artist Adélaïde Labille-Guiard, a contemporary of the more celebrated Élisabeth Vigée-Lebrun and some might say a far more talented portraitist. It is about time she was accorded her own book instead of being a postcript to the story of Vigée-Lebrun or David.

The painting on the front is perhaps her best known work and is a self portrait with two of her pupils, dating from 1785. I don’t think that Madame Labille-Guiard actually dressed up in her finest silks in order to paint but it is a charming conceit nonetheless.

This painting has always fascinated me. It depicts Madame Infante, Louise-Élisabeth the only daughter of Louis XV to leave Versailles and get married along with her small son who would later become husband to the Archduchess Maria-Amalia, elder sister of Marie Antoinette. The reason it has always interested me is that Madame Infante died in 1759 whereas the costume in the painting clearly dates from the 1780s. There is no great mystery though – the portrait was clearly commissioned as a companion piece to Labille-Guiard’s portraits of her sisters Madame Adélaïde and Madame Victoire, which hang alongside.

Here are some more examples of her work:

Portrait of a young lady.

Adélaïde, Comtesse de Flahaut with her young son, who was believed to be the illegitimate son of Talleyrand while Adélaïde herself was probably a daughter of Louis XV. Her son would later go on to become the devillishly handsome Comte de Flahaut and would father a secret child, the Duc de Morny by the Empress Joséphine’s daughter, Hortense before going off and marrying an English heiress. Left penniless by the Revolution after her husband was guillotined in 1793, the resourceful Madame de Flahaut would become a famous novelist.

Madame Roland, 1787. I think I would need more than a few short paragraphs to outline the life of Madame Roland, who was a prominent figure in the early years of the Revolution before she was guillotined in November, 1793.

Madame Mitoire and her children, 1783.

Portrait of a young mother with her child, 1785?

Flore Pajou, Madame Clodion at the age of eighteen, 1783. 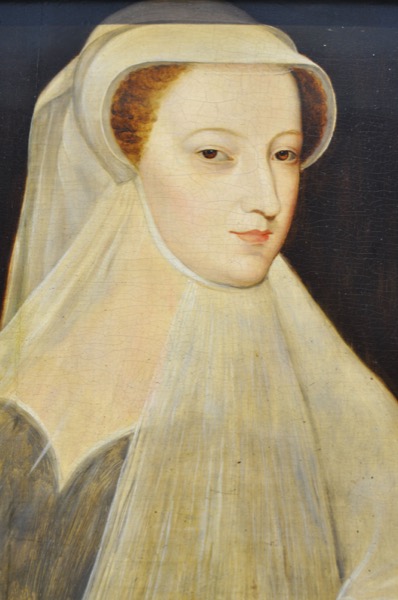