I tend to neglect English eighteenth century painting in favour of the work produced by French artists, which is a bit silly as Hoppner, Reynolds, Gainsborough, Ramsay, Lawrence et al were more than matches for Boucher and Nattier. When you have immersed yourself in French eighteenth century portraiture it always feels like a bit of a culture shock when you look at English paintings of the time as they are so much less mannered.

Much as I love eighteenth century French art, I think we may possibly have had the best portraitists here in England. This portrait by Lawrence is a fine example of his craft with its fluid, free brushstrokes and amazing clarity.

This is an unusual example of Romney’s portraits of Emma Hamilton, Nelson’s mistress. She was his muse and he painted a series of studies of her in various garbs and poses. I love the very subtle use of colour here and the softness of the brushwork. It has the refined, almost too perfect finish of French portraits but with something quintessentially English about it. I’m never sure about the tall hair – it looks monstrous but I think could well have been flattering. What do you think?

This is an amazing portrait. I adore her expression, the sidelong pose and the shimmering oyster silk of her dress. Portraits with children were very popular in this period. Having your children around you in a painting was a very clear signal that you had done your duty as a wife and produced heirs for your husband, thus ensuring the continuation of the family. In the eighteenth century it was also considered highly fashionable to be a bit of a home body and a lavish display of maternal sensibilities was thought to be very attractive, mainly thanks to doting mothers like Georgiana, Duchess of Devonshire.

Just look at the exquisite shimmering blue silk of her dress. The thing about eighteenth century portraiture is that the dress, the hair, the pose, the charmingly pastoral background, the overall effect in fact all conspire to make the sitter look far more attractive than they really were. Maybe that is the magic of the big hair and rouge combination? It is all so over the top that you barely glance at the face in the centre of it all, which is a shame as the English portraitists were amazing at capturing likenesses unlike a lot of their French counterparts like Vigée-Lebrun and Nattier, who had a very definite look and churned out dozens of very similar looking portraits.

This isn’t a portrait per se; I just adore their big, frothy dresses. The combination of pale silk dress and black gauzey shawl is always so effective – I might have to try it myself one day. 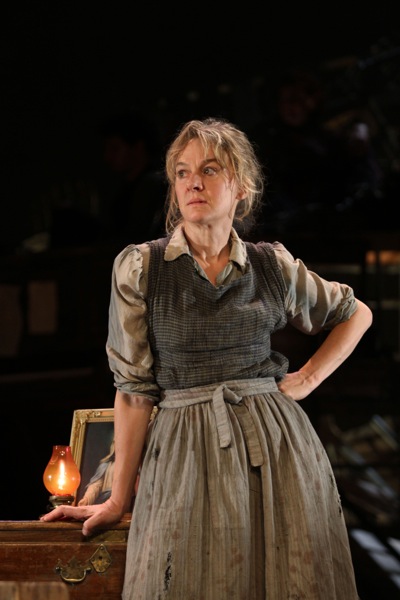 Lely ladies in the Royal Collection