In my book collection I have a rather old biography, Madame Élisabeth by Margaret Trouncer which may have been written several decades ago but is nonetheless an entrancing and informative read for anyone interested in the life of this enigmatic princess and court life in France before and during the French Revolution.

Élisabeth Philippine Marie Hélène de France was born on 3rd May 1764 and shared the imprisonment and ultimate fate of her eldest brother, Louis XVI. She was executed with several other prisoners on 10th May 1794, at the age of thirty.

Élisabeth never married, choosing instead to remain at the side of her brother Louis, who she absolutely adored and who loved her most sincerely. The two shy children had no doubt bonded over the premature demise of both their parents when Élisabeth was just three years old. The three siblings in between them had very different personalities and were far more outgoing and brash so Louis and Élisabeth had naturally gravitated towards each other.

Knowing that she was unhappy with the formality and bustle of life at Versailles, Louis gifted her with her own house at Montreuil so that she could live independently. Élisabeth loved her manor house and surrounded herself with a coterie of loyal, female friends.

At Montreuil she busied herself with her own farm, with herbal medicine and with dispensing charity to the people who lived in the surrounding area.

Élisabeth was not a beauty but she had a lovely fresh complexion, pretty blue eyes that sparkled with health and amusement and curling blonde hair.

When Louis and his family were seized and taken from Versailles to Paris in October 1789, Élisabeth went with them and shared their imprisonment first in the Tuileries and then after their foiled escape attempt, the Temple.

Her death sentence was a forgone conclusion. After the sentence was delivered, her fellow condemned gathered around her for a final blessing.

The crowd that lined the route to the guillotine were silent, fully aware of the injustice of what was about to happen and already sickened by the daily and ever increasing executions.

Élisabeth was the last to die that day and gave her blessing to each person who went before her. As she stepped on to the scaffold, her lawn fichu fell from her shoulders. ‘In the name of your mother, monsieur, cover me,’ she begged the executioner. They were to be her last words.

This is a very quickly cobbled together account of her life (I just wanted to show off some more nice pictures) but I would recommend that anyone interested in Madame Élisabeth hunt down a copy of Trouncer’s book. It is well worth the effort! 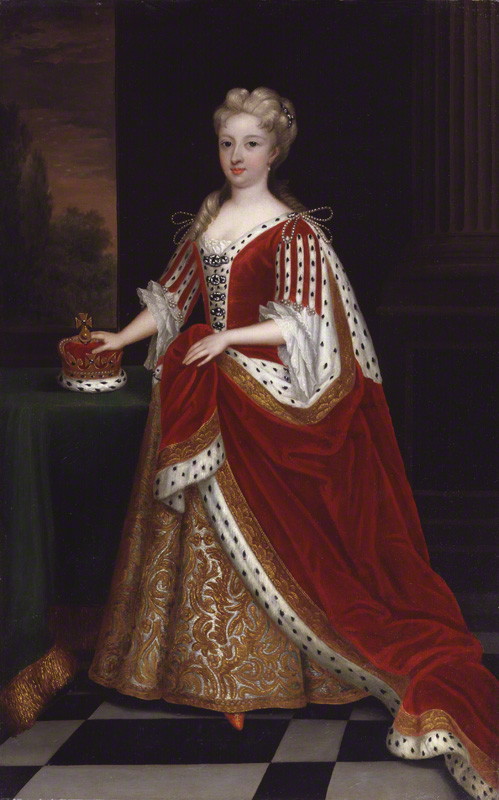 Caroline of Ansbach – portrait of the week

So how much are these beautiful portraits worth?

Hello, person with a crush on Russell Crowe!